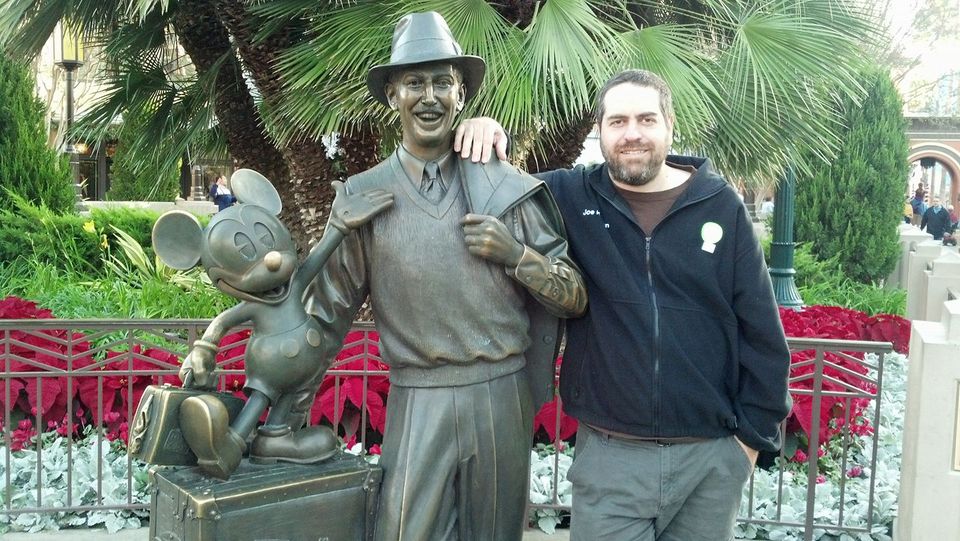 ABOVE: InPark News Editor Joe Kleiman visits with a young Walt Disney while on assignment at the Disneyland Resort

What is the value of a media outlet such as InPark in the age of rampant social media?

I’ve been asked a few times over the years what the difference is between my blogging and what I write for a publication such as InPark. The three same words keep coming up – “editorial oversight” and “vetting.” There are a lot of websites – mainstream media and trades among them – that publish rumors, because rumors mean hits and hits mean ad sales. We’re not about that. People advertise with us because we’re a great B2B resource. They read us because we’re reliable. When we wanted to find out when California’s theme parks might reopen, we spoke with the Governor’s office and two state agencies. We went to California’s only open theme park and interviewed their spokesperson. For our readers, that’s important. Vendors working with these parks need to know these things. So we go to the source, instead of repeating a rumor from a rumor site that repeated it from yet another rumor site. That would be a disservice to our core readership.

PR is also a specialty of yours. How should people or companies successfully market themselves with so many options and an expanding social media world?

With so many online platforms it’s easy to create a bubble where it appears that you’ve got a lot of exposure, but you’re really just talking to yourself. Not only does this give illusory results, it fosters a loss of objectivity. If you don’t really know how the world would receive your story outside of your bubble, you can’t know whether you are telling it effectively. A responsible industry publicist will take the time to understand your specialty and ask questions to help bring out the important points and identify target markets, so that media outlets will recognize its value to their own audiences and share it. That’s how you break out of your bubble. Good PR isn’t just hitting “Send.” And don’t fall into the gush trap. You don’t value gushy, subjective articles from others, so don’t make an exception for your own company’s stories. Be meaningful, clear, accurate and to the point.

What did you learn about the industry working at Six Flags?

My experience at Six Flags cemented my love for the industry. Anyone who has worked in a park knows how magical the environment can be – especially when the park is empty early in the morning or late at night. At the end of the day I would purposefully take the long route out of the park just so I could walk through the Yankee Harbor wooden bridges over the Yankee Clipper’s (flume ride) pond. Creaky boards, flickering lamps, gentle music, the unique smell of that chlorinated water – it may sound goofy to some, but if you love theme parks, you’ll know exactly what I’m talking about.

I was lucky to work at Six Flags Great America when workers all sported themed costumes, background music fit the lands and theming was detailed. While I miss those days, I also understand that times change and businesses have to evolve. Six Flags is a great example of a company that has had its fair share of ups and downs and has successfully reinvented itself. That’s a big lesson, and it has certainly been applicable to the magazine – especially this year!

I think we are already tiring of the term “pivot” but it’s pretty accurate. Maintain core values and identity – your grounding – but be willing to turn in the direction things are headed. Collectively we are still figuring out what that looks like for the industry, but we are committed to helping communicate that as we discover and forge a path forward.

Joe Kleimanhttp://wwww.themedreality.com
Raised in San Diego on theme parks, zoos, and IMAX films, Joe Kleiman would expand his childhood loves into two decades as a projectionist and theater director within the giant screen industry. In addition to his work in commercial and museum operations, Joe has volunteered his time to animal husbandry at leading facilities in California and Texas and has played a leading management role for a number of performing arts companies. Joe has been News Editor and contributing author to InPark Magazine since 2011. HIs writing has also appeared in Sound & Communications, LF Examiner, Jim Hill Media, and MiceChat. His blog, ThemedReality.com takes an unconventional look at the attractions industry. Follow on twitter @ThemesRenewed Joe lives in Sacramento, California with his fiancé, two dogs, and a ghost.
Share
Facebook
Twitter
Linkedin
Email
Print
WhatsApp
Pinterest
ReddIt
Tumblr
Previous articleEXP: Engineering the aquarium
Next article#83 – Waterparks and more!