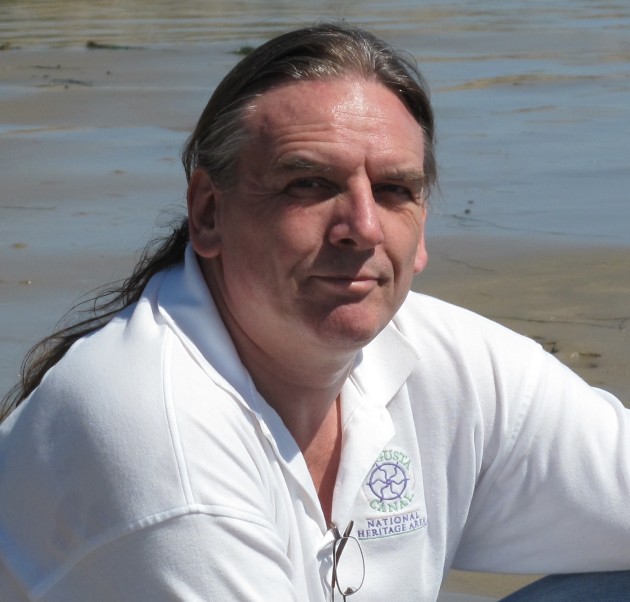 The era of non-proprietary AV and show control systems

[dropcap color=”#888″ type=”square”]C[/dropcap]ost, speed and reliability of PCs have reached the point where AV and systems integrators for themed entertainment, educational attractions and special venues can rely on them to do just about anything that needs to be done.

Instead of using a show controller, audio playback devices, video playback devices, lighting controllers and specialist laser and/or motion base controllers, we can just dedicate one or more PCs to handle most if not all of these tasks. Sometimes everything can be done by one single PC, and sometimes it’s easier to use multiple devices to keep some separation between the various functions – but more and more we’re seeing one device capable of handling an entire show, including lighting, video, audio and a host of other devices. One major benefit to this approach is that it reduces the number of different spares needed as backups for these systems.

The obvious exception to this is safety systems. Whenever a system controls a moving exhibit such as a flight simulator, a PLC (programmable logic controller) based safety interface system that can override whatever the computers in the system might want to do is an essential ingredient. This logic controller would be set up as an independent override that can handle anything that visitors or computers could throw at them in a safety supervisory capacity with independent sensors and overrides.

With certain exceptions, the development of the PC has taken us to the foreseeable end of custom-built AV systems.

The essence of a computer based AV system is that the hardware is mostly non-proprietary, something that uses rather more commonly available equipment, and allows for non-AV specialists to look after the hardware and software. It’s a lot easier to find a competent computer user than it is to find (and keep!) a competent AV technician. If one of the computers goes down, it will not be hard to just replace it with a new unit, and in most places in the world it would be a lot easier to replace a computer rather than a piece of AV specific kit that would have to be ordered and shipped from the manufacturer, often many time zones and even more miles away. There are not many places where you cannot get hold of a replacement PC at short notice, although quite frankly the days of regular PC hardware problems are pretty well over, especially now that we’re fitting more and more solid state drive components, and the only moving parts remaining for now are the fans to keep things cool on high performance machines. With storage as cheap as it is, it’s possible to do complete backups of all the machines in the system and store it in multiple locations – you could consider keeping a drive online for rapid access, one offline in safe storage in another building, and a copy in the cloud so that someone else is looking after the hardware to keep your precious data safe and alive.

Special venue audiovisual systems have pretty much always been non-standard, requiring custom engineering touches usually because of the specialist equipment and interface that made up these electronic control and content delivery systems. These one-off systems performed very specific tasks – initially with mostly hardware and then with hardware and firmware that provided a very specific set of functions. 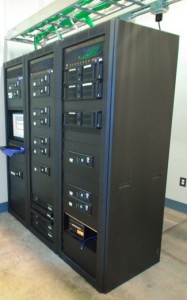 A non-AV engineer or technician would have to spend some effort to work out what was needed to run such an AV system, and there was a distinct difference between typical electronic systems and communication protocols and those used to control AV systems. I remember looking at my first AV system in the early 1980s while visiting a client in Germany on an aerospace project. The techniques they were using at the time involved slide projectors and slide projector controllers.

Early computers, including the Apple II series, were used with great success to perform basic control functions. But because of how expensive they were at the time, they were selectively used, often only for master control of individual shows. Peripherals were designed to handle output contacts and voltages, again mostly specifically for show control. With the addition of time code interfaces, it was possible to synchronize these show controllers with audio tape machines and film projectors (remember visual time code?), and AV systems were designed by AV engineers for use by AV staff.

As the PC and its equivalents evolved, they reached a point where they were capable of handling much of the functionality of AV systems. Around 1985, some of us were already seriously looking at their control system abilities and discovered we could use them to control anything from initially small to ever expanding systems. A number of people were also experimenting with recording and playing back audio from PCs, although initially it didn’t catch on because the machines, along with memory and disk space, were much more expensive at the time, and reliability was an issue.

With dropping hardware costs, it became more and more reasonable to look at PCs to take on more of the tasks previously allotted to specialized AV equipment. Initially, PCs started to be used to replay mono and stereo audio, and then multi-channel audio or randomizing multi-track audio presentations (such as simulations of a forest or city). Much later PCs also started being used to store and replay video, although it took some time for memory and storage to become cheap and fast enough to take on these tasks.

PCs also took on tasks that previously had been the domain of expensive lighting and audio mixers. They have become more and more an obvious mainstream choice for a very wide range of tasks including overall show control, audio and video playback, animation, ride control including software controlled feedback loops for 3- and 6-DOF flight simulators, interactive exhibits both visual and electromechanical, and a host of other devices and functions.

Although there is still purpose-built hardware out there to do some of these tasks, specifically in conference rooms and board rooms, it is clear that there is hardly any need for this expensive custom equipment any longer. PCs with industrial grade peripherals and user interfaces in the form of smart phones and various low cost smart pads are more than capable of providing all the facilities offered by these remaining vestiges of the old guard.

There is another major benefit – networking is now easy, and cheap. AV systems are a lot like IT systems, in that just about all of the major components in a system can be networked so that we can control a lot of functionality remotely from our office, and we can also do status checks. Equipment components can communicate with one another over the network – and in fact one of the biggest arguments we normally have with clients is to ensure that the AV network is not part of the office network as we need to predict the amount of network traffic to guarantee system behavior, and because we really don’t want the office staff to be able to modify the content of the video masters. 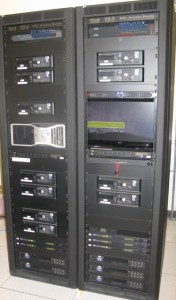 Another huge benefit of non-proprietary systems, such as Mad has mostly designed and implemented for the past 15 years or so, is that the underlying computer technology allows us to provide remote support and even remote training of new staff. Being able to log into a remote network is pretty well a standard thing that we’d expect to be able to do no matter where our installations are – asking a client to provide us with a dedicated internet link for the AV system rarely raises an eyebrow, especially when they realize that no matter where they are, we are happy to provide a very high and usually pretty well immediate support system. This in turn has allowed us to support clients quickly over past years – even with older systems – so that when a client calls, we can usually be on their system checking things for them on the rare occasion that help is needed, faster than it would take to get a technician to drive across town.  This also means that maintenance costs are a lot lower – and reality is, that we’ve supported clients mostly without charge for helping them out as help is needed – after all, it usually only takes one of us half an hour or so to have a quick look at a system to diagnose something that might be going on, change the volume level of something, or just give a recommendation for a replacement piece of equipment.

Non-proprietary systems, something we’ve urged our clients to consider for many years, are here, and they’re here to stay. Our AV engineers and technicians still need special knowledge to design them, build them and get them installed into the field – but their skills are a lot closer aligned to those of IT staff, so that transfer of specialist knowledge is easier to handle, and we can leave our clients with systems that are easier for them to understand and manage, and cheaper to maintain. It’s a good thing. • • • 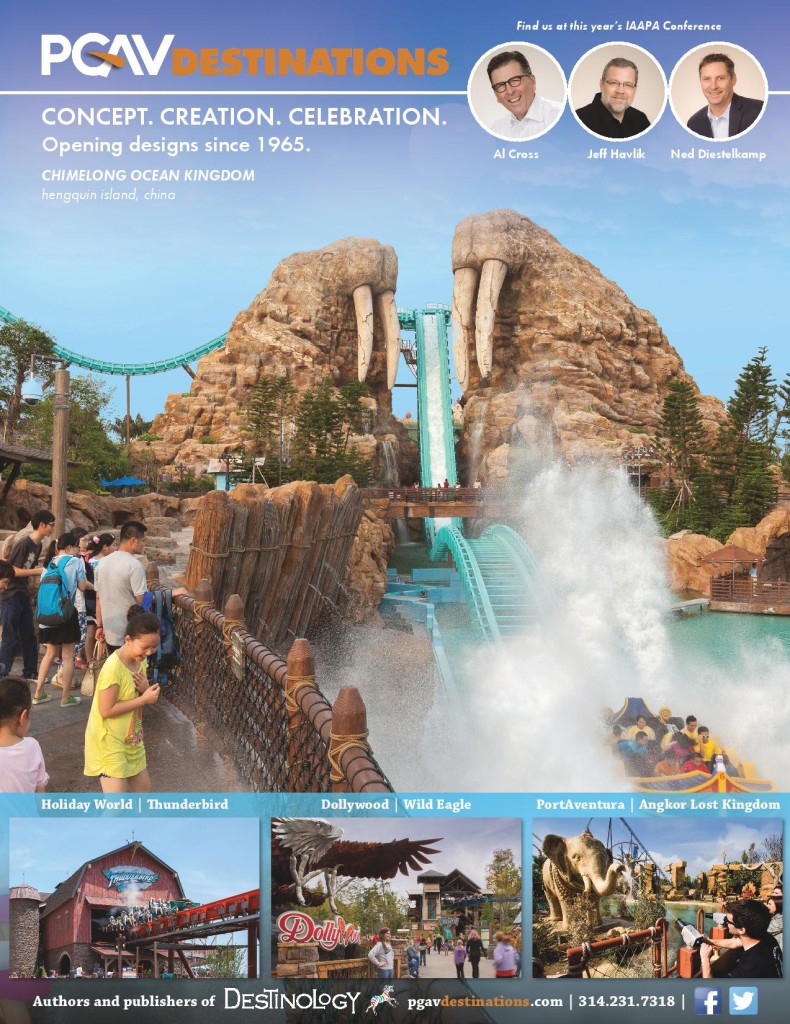 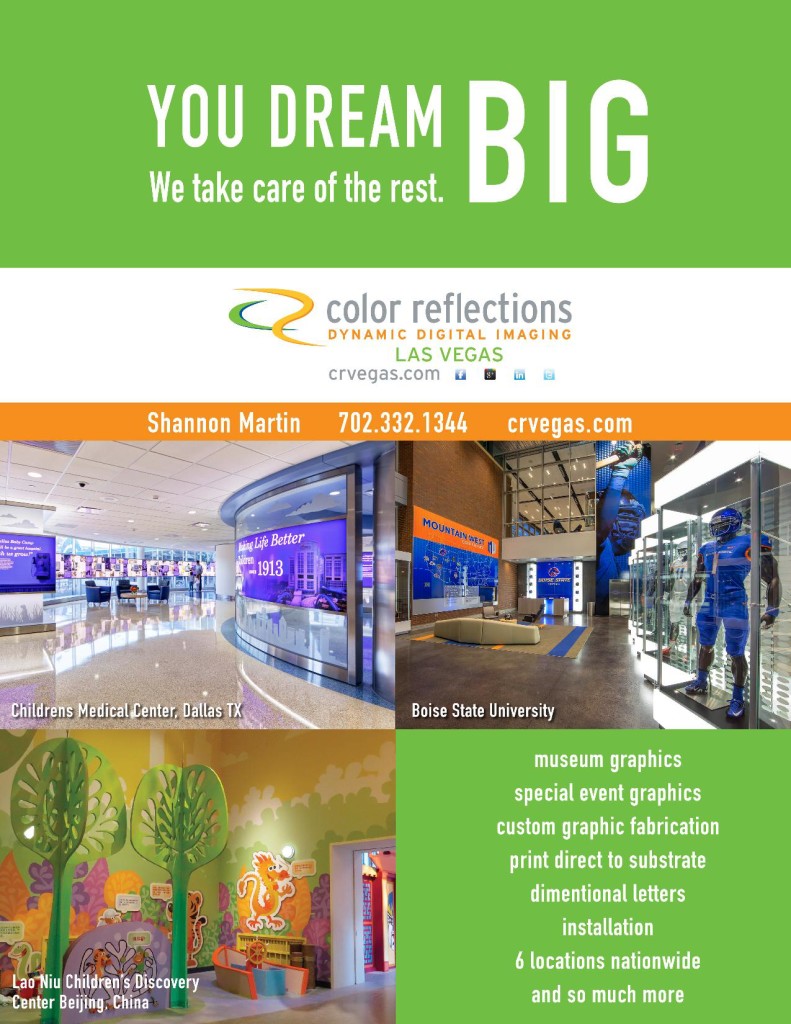 Joe Kleimanhttp://wwww.themedreality.com
Raised in San Diego on theme parks, zoos, and IMAX films, Joe Kleiman would expand his childhood loves into two decades as a projectionist and theater director within the giant screen industry. In addition to his work in commercial and museum operations, Joe has volunteered his time to animal husbandry at leading facilities in California and Texas and has played a leading management role for a number of performing arts companies. Joe has been News Editor and contributing author to InPark Magazine since 2011. HIs writing has also appeared in Sound & Communications, LF Examiner, Jim Hill Media, and MiceChat. His blog, ThemedReality.com takes an unconventional look at the attractions industry. Follow on twitter @ThemesRenewed Joe lives in Sacramento, California with his fiancé, two dogs, and a ghost.
Share
Facebook
Twitter
Linkedin
Email
Print
WhatsApp
Pinterest
ReddIt
Tumblr
Previous articleThe Hunger Games
Next articleFusing Waterslides with Art