Themed education and the immersive museum 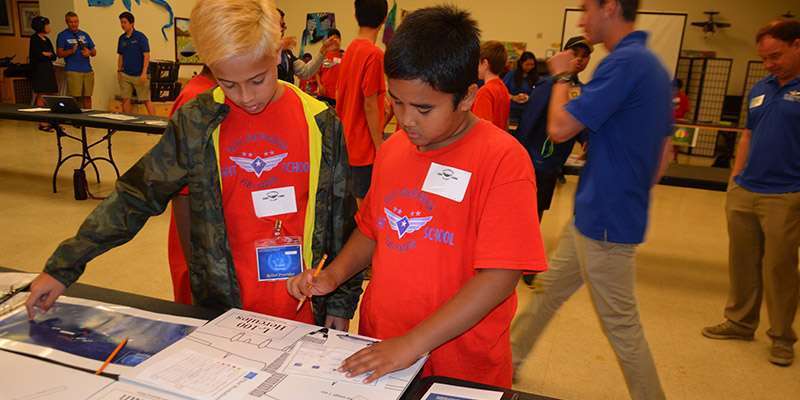 At the Reagan Presidential Library, we like to say that if we can engage and excite students, then we can educate them. That’s the idea behind the Situation Room Experience, a 90-minute, fictional foreign-policy crisis simulation for 20-53 students. We take students, assign them roles, then plunge them into a real-time crisis in which their decisions change the outcome of the narrative. Is this an experience they can get in a classroom or at home? So far, no. And that’s the point.

The intersection of themed entertainment and interactive education is emerging now at museums around the country like never before. These experiences are firmly grounded in the meaning of their physical or historical space as well as the social opportunity to share something unique with others. And it’s happening now because the technology is finally available to make these interactive simulations possible and affordable.

Some of my museum colleagues shared their experiences and perspectives with me. These examples show how we learn from one another in the practice of what I call “themed education.”

The site of Pacific Aviation Museum Pearl Harbor is at the center of one of America’s most important historical events. Visitors are able to engage with the history of the Pacific theater in World War Two with the real aircraft from that period within the actual historical hangars. But from their location on Ford Island within Pearl Harbor, the museum is also looking forward. In addition to having an impressive collection of aircraft up to the modern period, the museum benefits from its location at the nexus of modern disaster relief efforts within the Pacific Ocean. Across the road from the museum is NOAA’s Pacific Tsunami Warning Center, which issues instantaneous realtime alerts across half the globe. Also, across the water, is Hickam Air Force Base, where the 535th Airlift Squadron of C-17 Globemasters provides the backbone of any humanitarian relief effort across the Pacific Ocean.

Shauna Tonkin, Director of Education for the museum, wanting to take advantage of the unique location, became interested in the concept of creating an experiential space on a visit to the Army War College. She heard about the space-based, decision making simulations at the Truman and Reagan Libraries, and became curious about the effect such an experience could have on educational audiences at PAMPH.

After a visit to see the Situation Room Experience under construction at the Reagan Library and subsequent talks with the team behind it, Shauna decided that creating a socially engaging, disaster relief game on site would immerse audiences in what is often seen as dry content to young people. Her goals were to “create an understanding of the value of the space” and to “create an openended simulation that could be mined for results.” The resulting “Decision Center” challenges players to respond effectively and efficiently under pressure to a natural disaster using aviation assets.

While having fun in a meaningful place, participants take away the value of having a ready strategic plan, cooperation under crisis, and the differences between types of aircraft. The game emphasizes communication among players and the recognition that natural disasters do not wait for us to be ready for them. Shauna believes that while the game could technically be played potentially in other locations, the gravity of the space, the history behind the place and the vastness and “immediacy” of the historical space provide the context and the grounding for the game. Shauna stated, “It is important to be immersed in an environment or venue that promotes opportunity to suspend disbelief….and prompt the power of imagination.”

Anna Slafer, Director of Exhibitions and Programs at the International Spy Museum in Washington, D.C., is preparing for a complete museum move planned for early 2019. “We have people ‘living your cover,’” she said, “which is an experiential component built into their more traditional museum exhibits. The ‘living your cover’ aspect of the Spy Museum asks visitors to take on the role of a spy at the beginning of their museum visit. Anna said, “We are hoping to take the ‘living your cover’ to a more technologically-based experience that can be done throughout the museum.” Anna explained that visitors who experience “Operation Spy,” an immersive teambased spy-craft challenge that augments the museum’s traditional exhibits, consistently rate their visit to the Spy Museum significantly higher on standard visitor measurements such as TripAdvisor.

Here at the Reagan Library a year after launching the Situation Room Experience, a modern fictional crisis scenario in the re-installed Situation Room from the White House, [see “Inside the Situation Room,” InPark issue #67] we are embarking on a project in partnership with Mount Vernon. Jumping off the success of the initial Situation Room Experience scenario “Assassination Attempt” (based on the 1981 assassination attempt on President Reagan) we will be looking to the 18th century with a “Washington’s Cabinet” scenario. The plan is to create the look and feel of the 18th century using cuttingedge technology to immerse participants in both the intellectual and emotional mindset of the earliest days of the American government. We expect to open at both the Reagan Library and Mount Vernon by early 2019.

Museums and libraries are reaching out to technology innovators and content creators as to how best evolve a large-scale educational experience. One guiding principle we employed with the Situation Room Experience was to only use technology in service to human interaction. It’s important that technology be viewed as a delivery device to give participants the information they need to have informed, engaging interactions. Interacting with the technology is not the goal, it is a means. We looked at ways that tech could provide content, but also allow participants to spend most of the experience “heads up” – engaging with others. Modern visitors are also quite savvy about true interactivity and need to be shown quickly with feedback that their decisions have a real impact on the narrative or game-state.

Most contemporary visitors will have no shortage of opportunities to engage with yet another screen in their lives. However, the engaging, face-to-face simulation situations available within museums like these is something far rarer and more precious. Across the country, museums continue to explore how to increase membership in an era of internet and virtual reality. Creating a shared social experience that transports visitors into a living space where they can viscerally experience a topic in an educational setting is something that is special to the museum world and is an enormous opportunity to bring a new generation of visitors to museums and change the national educational landscape. • 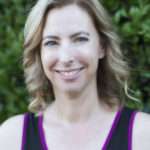 Mira Cohen is Director of Education at the Ronald Reagan Presidential Library & Museum and Project Manager of the Situation Room Experience.

Joe Kleimanhttp://wwww.themedreality.com
Raised in San Diego on theme parks, zoos, and IMAX films, InPark's Senior Correspondent Joe Kleiman would expand his childhood loves into two decades as a projectionist and theater director within the giant screen industry. In addition to his work in commercial and museum operations, Joe has volunteered his time to animal husbandry at leading facilities in California and Texas and has played a leading management role for a number of performing arts companies. Joe previously served as News Editor and has remained a contributing author to InPark Magazine since 2011. HIs writing has also appeared in Sound & Communications, LF Examiner, Jim Hill Media, The Planetarian, Behind the Thrills, and MiceChat His blog, ThemedReality.com takes an unconventional look at the attractions industry. Follow on twitter @ThemesRenewed Joe lives in Sacramento, California with his wife, dog, and a ghost.
Share
Facebook
Twitter
Linkedin
Email
Print
WhatsApp
Pinterest
ReddIt
Tumblr
Previous articleFlying with Stantec
Next articleRecipe for a dark ride: Jora Vision