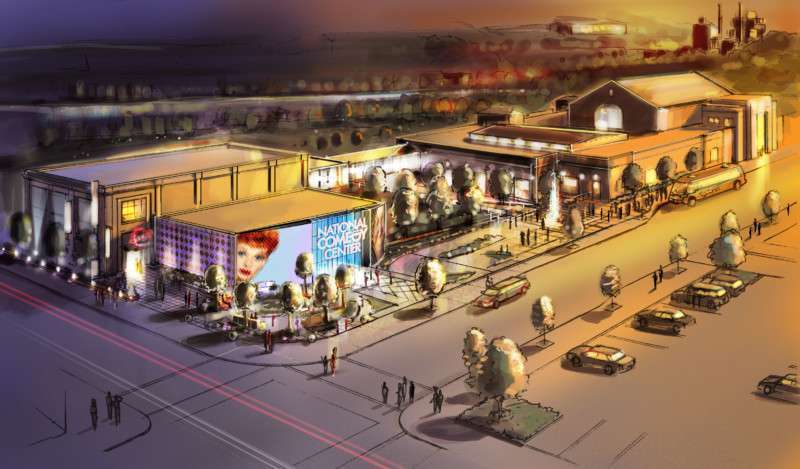 All that was a welcome challenge to Tom Benson, Chairman of the National Comedy Center Project. When Tom modestly expects to step aside and into an advisory role for the Center once it opens this summer, it will be at the end of a detailed, collaborative process in which JRA (Jack Rouse Associates) played a significant role helping to realize the vision and goals for the project.

The $50 million National Comedy Center (NCC) boasts more than 50 exhibits. Business leaders of Jamestown, NY, a town of 35,000 inhabitants, have pinned their city’s future on the center, and internationally renowned comics such as Kamau Bell, Lewis Black and Alan Zweibel are backing them up. The team behind the center takes the work of comedy very seriously. Team members meticulously collect and preserve archival content – such as the 25,000 artifacts saved by George Carlin – and are working tirelessly to illuminate the process of creating comedy.

Projections for the project are so good that the governor of New York donated additional state money and included the National Comedy Center in the iconic “I Love New York Campaign.” 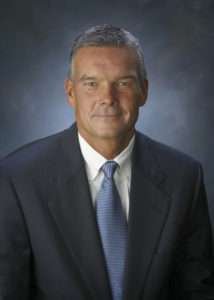 With nearly 20 years of background in the public accounting field, Tom Benson has invested a “tremendous amount of personal capital” in the National Comedy Center project. He and the business members of his community have been on a nine-year mission to restore Jamestown, New York to its mid-century appeal and to retain and attract millennials. Jamestown being the hometown of Lucille Ball and the home of the Luci Desi Center for Comedy, as well as a successful yearly comedy festival, were jumping off points for NCC.

Tell us something about the vision and inspiration behind developing a National Comedy Center in Jamestown.

I am a lifetime resident of Jamestown. In the 1960s and 1970s, the economy of Jamestown, which used to be a manufacturing center of premier furniture, began to erode. Jamestown had significant foundations committed to righting the ship. Community leaders decided to turn our annual, world-class, Lucille Ball Comedy Festival event into an attraction. Chautauqua County is already a tourist area with a lake, ski areas, etc. We hired an urban design firm and created a blueprint for downtown redevelopment. Jamestown has a population of 35,000 people, and we wanted to attract 120,000 visitors a year.

JRA, our experience designer, is the “Gold Standard” of experience designers. JRA hired AECOM, a company that has done feasibility studies all over the world, to determine if we could build an attraction that would develop local business, attract repeat visitors, and inspire young people to build their future in our town. We knew we needed an attraction that is national in scope.

We’ve been starved for optimism, and that’s what it takes for people to invest. We are changing the culture of the way people think. Changing the mentality creates energy. With the expectation of the opening of the National Comedy Center, local business has already been affected in huge ways. There are two hotel projects. One $30 million resort hotel on the lake is being built as a destination hotel on the back of National Comedy Center. 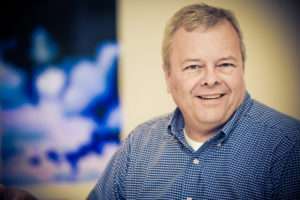 What do the Green Bay Packers Hall of Fame, The National Underground Railroad Freedom Center, the Mascot Hall of Fame and Science Centre Singapore all have in common? They are a few of the experiences David Ferguson helped design. With a background in theater, David likes to say that the “show begins as the guest walks through the door.” Given that the National Comedy Center is about the process behind the show as well as the experience of the show, David was a good match for the project. His love for the theatrical capacity of the visitor experience to captivate audiences shone through in our discussion.

How did you plan to place NCC visitors inside the story of comedy?

The space is a mixture of old and new facilities. The building is a mixed bag of things, which is great for comedy. The guests walk across a bridge, connecting them from a restored historical train station to a donated former electrical plant. We added color to the newer space to make it more theatrical. We wanted it to be fun and have a good, strong presence. We added deep, rich jewel tones to the theater.

My favorite aspect of the National Comedy Center is that we are telling a variety of stories. We all have different thoughts about what we find funny. Visitors will get an RFID bracelet, and the bracelet will be programmed to reflect each visitor’s comedic interests. The experience is tailored to your likes. You can also get a slice of comedy that is very broad through “comedy karaoke,” laugh booths, and artifacts. 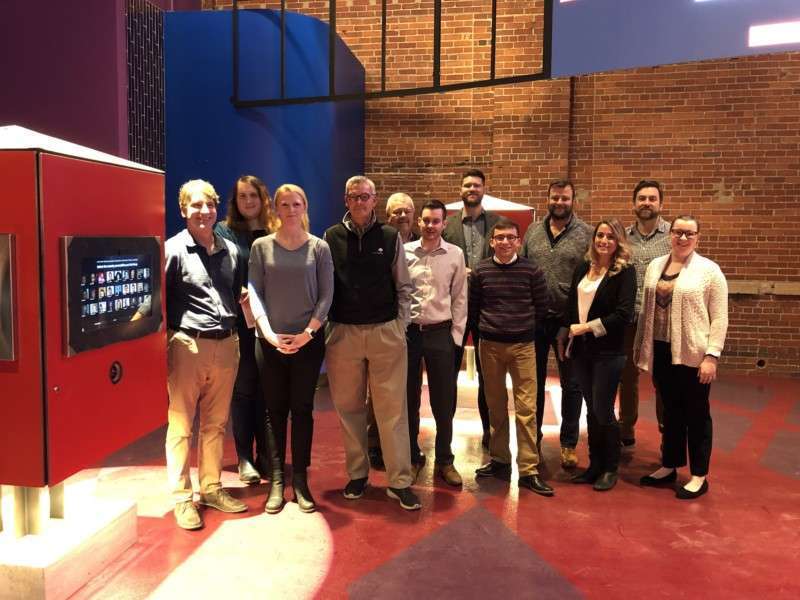 With a doctorate in Radio-TV-Film and a specialization in the history of American radio and television broadcasting, Laura is well cast to serve as archivist of the National Comedy Center. She discussed each piece in the collection with glee and excitement. Her dedication to not only the preservation of the artifacts themselves but also her will to share them with the public was clear.

What is your favorite piece from the archive?

We are looking at the DNA of comedy. My favorite piece is the Bob Mills (one of Bob Hope’s writers) collection. We see his work over 25 years from brainstorm to performance. We focus on the process of comedy. We look to collect pieces that illuminate one person’s process and demonstrate something special.

We like to dig deep enough to tell about individuals and what they have contributed. From this, we learn that comedy is an art form. While comedy has often been considered low-brow, and the records have been seen as dispensable, we find that comedy has flourished in so many venues. We celebrate it all. We are hunting for treasures across a vast landscape and have already received about 12 collections, and we are announcing more soon. 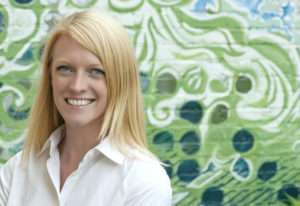 Journey Gunderson was named one of Buffalo Business First’s “Top Forty Under 40.” Journey shared her delight for the comic process, her driving vision to elevate comedy as an art form, and her enthusiasm for engaging what she hopes will be generations of return visitors to Jamestown, New York.

Why did you decide to build an attraction that is national in scope in Jamestown, New York?

Jamestown, New York has a comedic history. Lucille Ball was born and raised here. The larger vision from her family was not just to honor her and Desi Arnaz but to inspire the next generation of comic artists. The nice thing about the Jamestown location is that Chautauqua Lake is a destination already. There is an institution for leisure learning which attracts 100,000 visitors a year. Niagara Falls is near. The infrastructure is in place to attract visitors nationally and internationally.

How and why did you decide to include the process behind the comedic arts in the center?

We were inspired by the disconnect of most people to comedy artists. Because comedy hasn’t been treated like other art forms and isn’t part of the curriculum of study, most people have no idea how it is built, how it’s honed. They listen to Jerry Seinfeld and have no idea he honed each joke to syllable and inflection.

The National Comedy Center is designed to engender respect for the art form. For instance, the participatory wing of the center allows visitors to deliver jokes to friends and experiment with the nuances of delivery. It gives audiences the thrill of what it feels like to make someone laugh. There is also a theater in a narrow space with a view facing a huge audience staring back at them. There are heckling, cocktail waitresses and other distractions. There isn’t another art form where artists are expected to perform under these conditions. We also incorporate storytelling and physical papers. 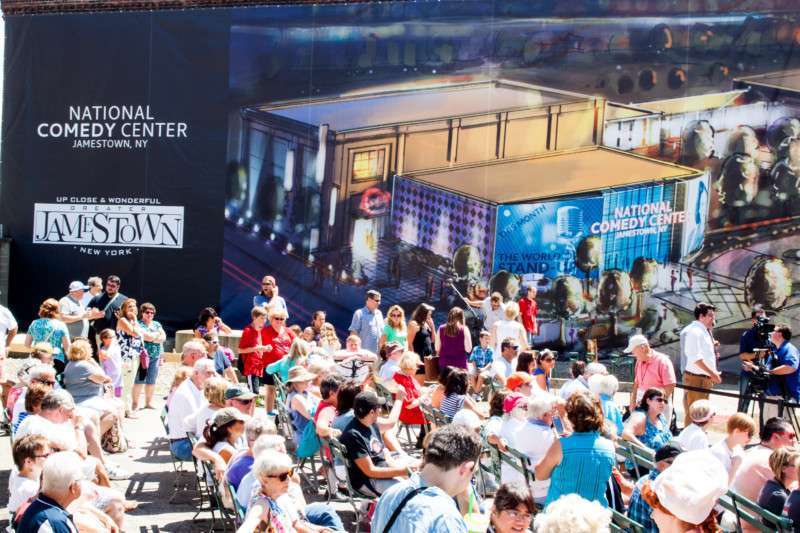 What can you learn about our cultural history through the lens of comedy?

It’s been said that if you want to understand a country’s culture, look at its comedy. At every seismic social cultural change, comedy has been at the root. Minds open through the vehicle of humor.

What did JRA bring to the project that was unique – that no one else could have done?

We chose JRA as our designer because of their decades of experience with attractions all over the world. It was appealing. Knowing the industry well enough to bring the right players to the table was critical. JRA’s experience helped us identify core players like Cortina Productions, Adirondack Studios, Electrosonic, and Abernathy Lighting Design.

Part of the success of the production process was the creativity and “sky is the limit” mentality of Colin Cronin of JRA. We designed with repeat visitation in mind. We are aiming high with the mindset that if someone comes to Jamestown, New York, it’s our job to exceed expectations and inspire visitors to come back. We are excited about the future of a living, breathing institution. • • •

Mira Cohen ([email protected]) is Director of Education at the Ronald Reagan Presidential Library & Museum and Project Manager of the Situation Room Experience.