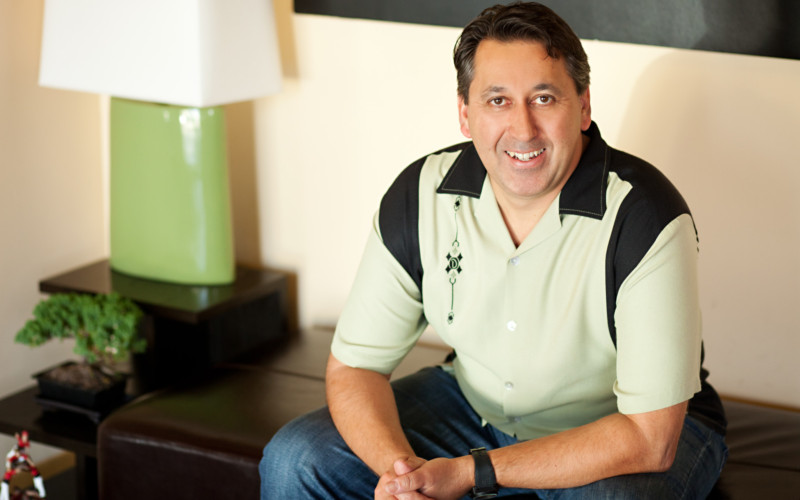 Paul Redding is Vice President of Production for Thinkwell Group, a leading themed entertainment design firm.   In his previous position at Thinkwell as Project Director, Redding played an integral role in the development and execution of multiple marquee projects in the UAE and China including the Jurassic Dream Theme Park, the Monkey Kingdom Theme Park, and The Great Wall Experience among others. Prior to Thinkwell, Redding’s portfolio boasts a diverse slate of projects including high-profile undertakings such as Backdraft, Back to the Future and T2-3D for Universal Studios Japan where he served as a Project Manager; Shuttle Launch Experience, Kennedy Space Center; Space Park Bremen; Warner Bros. Movie World, Germany; and Warner Bros. Movie World, Australia.

InPark News Editor Joe Kleiman asked him five questions.  Here’s what he had to say:

1. What are the advantages and disadvantages of working in a third-party design firm such as Thinkwell as compared to an internal design division like Universal Creative or Disney Imagineering?

The opportunity to work all over the world on projects with a wide variety of intellectual properties, including some that are developed exclusively by Thinkwell, is extremely rewarding. We never do the same project twice, so the work is always totally fresh. We also get to work on lot more than just theme parks, too. Some of the educational experiences our team has created recently have cleaned up in the awards department. Not to mention, in all those years I worked at Universal, they never sent me to the Super Bowl to do a job.

2. Do designers who honed their skills at Universal have a different approach than those who come from Disney?

Whether they have a Universal background or a Disney background, it’s all about telling a great story in an engaging way. Because Thinkwell is a melting pot of designers from all walks of life, everyone has the opportunity to learn new ways of working and different techniques from each other. Many of the Universal theme park designers that have worked at Thinkwell come from a film background, which adds another layer of story-telling design experience that often adds a level of texture.

3. Thinkwell’s portfolio includes themed attractions, complete parks and entertainment centers, museum exhibits, and live events. How has working in one segment affected development in the others?

Our experience in themed attractions influences our museum exhibits tremendously. Visit NatureQuest at the Fernbank Museum of Natural History and you’ll see immediately that same level of immersion that we create in the theme park world – but now rather than being absolutely accurate to an intellectual property, the accuracy is all about the flora, fauna and animals living in and around Georgia. In reverse, our team’s experience of deep diving in the museum industry has honed the skills needed to immerse themselves into the Monkey King mythologies to deliver a theme park that will connect with the people of China, delivering on stories that have been passed down through the generations. Live events are typically extremely fast and there’s nothing like getting into one of those to amp up the energy and speed in which we work. The wide range of projects really does affect the whole company every day because everyone works together in the same space allowing for the constant transference of knowledge and experience.

4. What is taken into consideration when designing an attraction when the audience is localized (i.e. Chinese parks, the Fernbank Museum) versus international (Ferrari World, Harry Potter London)?

We really use the same considerations for both regional projects as we do for the ones expecting a large international audience. Even when a project has wide international appeal, it still has to be appropriate for the region in which it resides. We do a lot of research into local customs, cultures and benchmarking in the area. We hire cultural consultants when we are new to a region to make sure we are hitting the mark for the locals. Then our team asks themselves, “What would make me want to go there?” and that influences the international appeal.

5. What attraction or park from your childhood influenced your current approach to themed entertainment design?

I grew up in Australia, and back then we didn’t have the parks that exist today. There wasn’t a childhood park that influenced my current approach or my choice to make this a career, it was Warner Bros. Movie World Australia. In 1991, I had just left the Australian Navy after serving 12 years in the marine engineering department, an opportunity opened for a Show Technician for the Police Academy Stunt show. After working on this show for 18 months, I transferred into the technical services department where I got to play in all the attractions on a daily basis. This taught me first hand what it takes to operate and maintain a park, which influences my approach to design still to this day.

ALSO OF INTEREST ON INPARK:

Joe Kleimanhttp://wwww.themedreality.com
Raised in San Diego on theme parks, zoos, and IMAX films, InPark's Senior Correspondent Joe Kleiman would expand his childhood loves into two decades as a projectionist and theater director within the giant screen industry. In addition to his work in commercial and museum operations, Joe has volunteered his time to animal husbandry at leading facilities in California and Texas and has played a leading management role for a number of performing arts companies. Joe previously served as News Editor and has remained a contributing author to InPark Magazine since 2011. HIs writing has also appeared in Sound & Communications, LF Examiner, Jim Hill Media, The Planetarian, Behind the Thrills, and MiceChat His blog, ThemedReality.com takes an unconventional look at the attractions industry. Follow on twitter @ThemesRenewed Joe lives in Sacramento, California with his wife, dog, and a ghost.
Share
Facebook
Twitter
Linkedin
Email
Print
WhatsApp
Pinterest
ReddIt
Tumblr
Previous article
Franco Dragone Entertainment and City of Dreams Macau to Host Summer Adventure Camp at House of Dancing Water
Next article
projectiondesign Helps Launch Shuttle Atlantis on Latest Mission