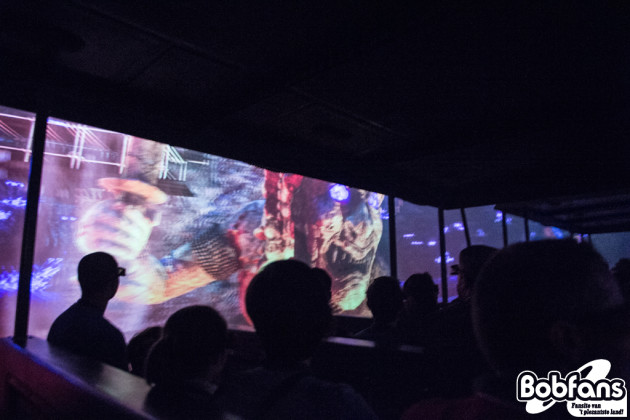 For Bobbejaanland, a regional theme park in Lichtaart, Belgium, Holovis provided an immersive tunnel attraction that takes guests in motion vehicles through a projected 3D environment. The storyline has to do with a legend about mysterious crystals and secret caves. The ride, which opened May 2015, has been compared to King Kong 360 3D at Universal Studios Hollywood. Holovis designed and supplied the technology and integration as a turnkey system including a custom U-shaped screen, two themed, jeep-style, 30-passenger vehicles, electric motion actuators and control system. “It’s designed for the whole family – with motion and thrill elements, but not too aggressive,” said Hetherington. Media production was by Super 78 Studios and Tau Films, independently contracted to Bobbejaanland.

The timeframe from concept to opening on Forbidden Caves was a brisk seven months. Working closely with the Bobbejaanland team, Holovis project-managed the other contractors, including the theming and lighting providers and show control integration. The display screen was designed to wrap around the riders, filling their peripheral vision. The high-resolution, 12,000 x 10,500 pixel display was created using seven Projection Design F85 units, edge blended with Holovis’s proprietary auto-alignment software. Spatial audio further enhances the immersive experience, with a 12.2 stereo sub setup and multi-directional spatial sound, plus six on-board speakers transmitting realistic radio communications. Special effects include the scent of a musty cave and air moving fans that boost the illusion of moving rapidly through a dangerous environment.

In 2013, Holovis had already shown its ability to produce a scalable version of this kind of attraction, delivering a similar immersive tunnel system for CineCitta Theme Park in Italy in 2013.

“The key behind everything Holovis does is the immersiveness, starting with visuals that fully wrap a rider’s peripheral vision, synchronized with organic motion, spatial audio and special effects to complete the experience,” said Hetherington, who displays an unflagging passion for the business. “Often this is a better approach to immersive 3D because it means you don’t need any headwear to put you at the heart of the story. Couple that with interactivity, and you can create experiences that are different every time.”

Holovis’s proprietary platform InterAct allows users to vote at the outset to choose their experience in a new interactive gaming theatre at Harbin Lesong Plaza Co. Ltd., a major shopping and leisure complex in the Heilongjiang province of China. The Immersive Theater opened in May as the centerpiece of Harbin Lesong Plaza’s dedicated, 12,000 square meter family entertainment center (FEC). Thinkwell Group, which designed the FEC, brought in Holovis to create the theater. “Our relationship with Holovis quickly changed from a supplier to a partner status,” said Hong Sang, Owner, Harbin Lesong Plaza. “This is a next generation experience that is completely unique, not only in this marketplace, but for the whole of China.” 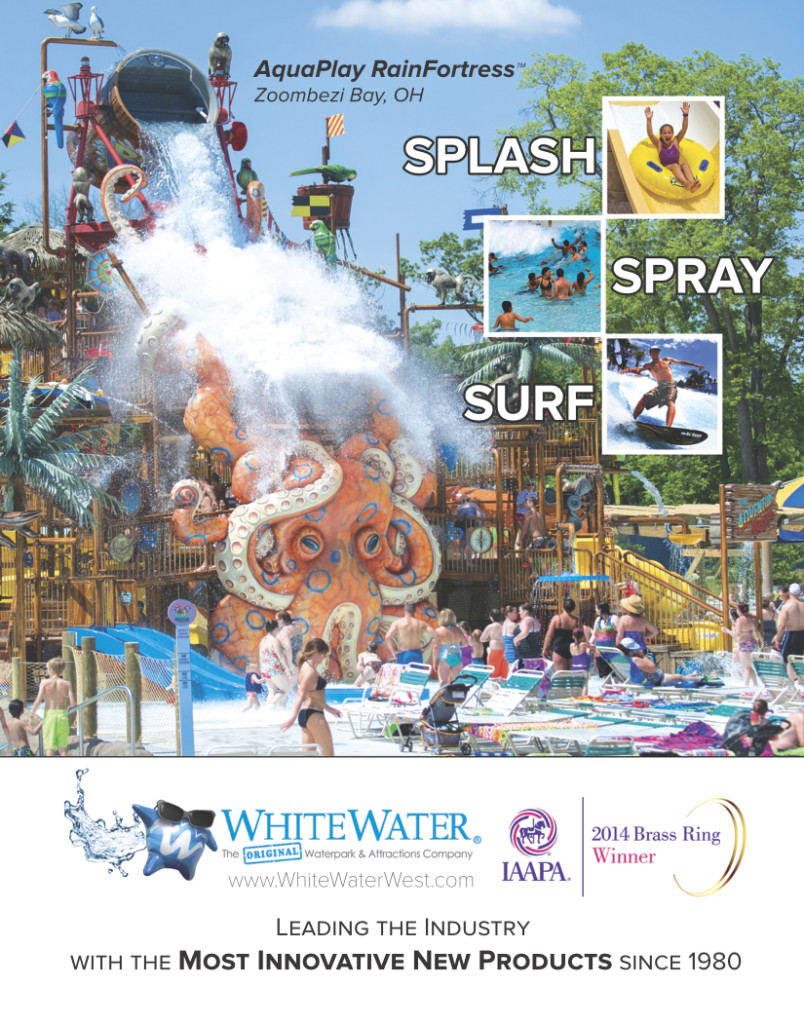 “Since opening, the space is very busy,” said Hong Sang. ”Being aimed at the younger generation we see the highest traffic during school holidays. The retail and FEC spaces complement each other by making the center a destination experience. The reality of a modern day retail facility is that is has to offer something more than shopping outlets as the younger internet generation can access this service online.”

Holovis is looking at the way gamers engage, with a whole product and enterprise approach in mind. “We are harnessing game engine power using one of the top three game engines, which our game development team adapts in unexpected ways,” said Hetherington. “Part of our innovation pipeline is designing an extended experience on multiple platforms so that user engagement happens before, during and after the visit, through social media and app development. Connecting in-home and out-of-home experiences is a huge, untapped space, and will involve tying into the larger scheme of things at the facility, including marketing, ticketing and tracking. There is more to this complete solution approach than traditional installation of an attraction. There is a much bigger conversation around the experience, and how we engage with that and with the guests will stimulate ROI, repeat visitation and keep the attraction fresh.”

With business partner Xiamen Dreamworld and Sino Creations, Holovis has been engaged in developing a complete, turnkey package of high-tech attractions and facility design for an FEC concept targeting teens, that will start to roll out over the next year or so, as well as design of a series of indoor, boutique theme parks that will bear the Dreamworld brand.

This endeavor will unveil its first new FEC later this year at a mixed-use, coastal development in South China that already has residential and retail in place. The first of the theme parks will open at a later date, in the same province.

Based on the comments of Mr. Zeng, CEO of Sino Creations and Xiamen Dreamworld, Holovis is well on its way to establishing a base in China to support the rollout of these and future facilities. “We initially worked with the Holovis China division to discuss our complex project requirements and once we understood the diversity and scale of what Holovis can offer, we quickly moved to a partner relationship,” said Zeng. “We are now working in close collaboration with the Holovis design team to create and deliver a complete FEC in Xiamen that will focus on immersive and interactive attractions to give our visitors high-end gaming experiences far superior to anything they will have seen before.” 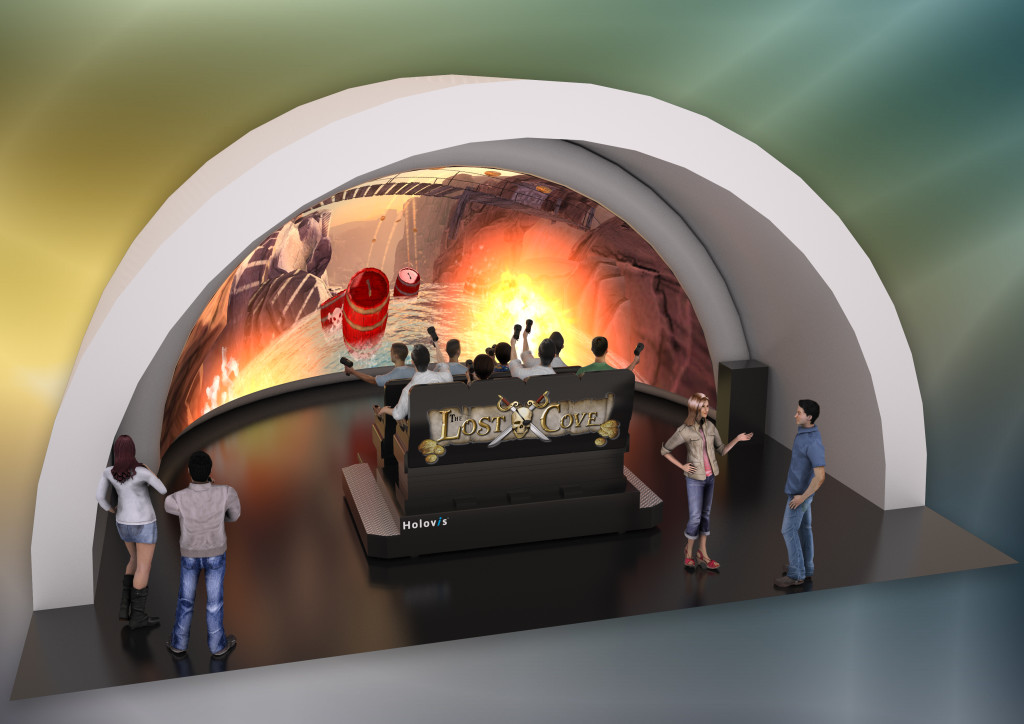 Holovis has, according to Zeng, already become “a major player in China.” He said, “We see Holovis as more than an attractions provider, they fully understand experiential design and their historical position in immersive, simulation and virtual reality solutions means they bring a fresh perspective and unique approach to the entertainment industry. They have proven that they can deliver the type of attractions and experiences that we believe are the future.” • • •

Joe Kleimanhttp://wwww.themedreality.com
Raised in San Diego on theme parks, zoos, and IMAX films, InPark's Senior Correspondent Joe Kleiman would expand his childhood loves into two decades as a projectionist and theater director within the giant screen industry. In addition to his work in commercial and museum operations, Joe has volunteered his time to animal husbandry at leading facilities in California and Texas and has played a leading management role for a number of performing arts companies. Joe previously served as News Editor and has remained a contributing author to InPark Magazine since 2011. HIs writing has also appeared in Sound & Communications, LF Examiner, Jim Hill Media, The Planetarian, Behind the Thrills, and MiceChat His blog, ThemedReality.com takes an unconventional look at the attractions industry. Follow on twitter @ThemesRenewed Joe lives in Sacramento, California with his wife, dog, and a ghost.
Share
Facebook
Twitter
Linkedin
Email
Print
WhatsApp
Pinterest
ReddIt
Tumblr
Previous articleInteractive Steampunk
Next articleThe Immersion Game