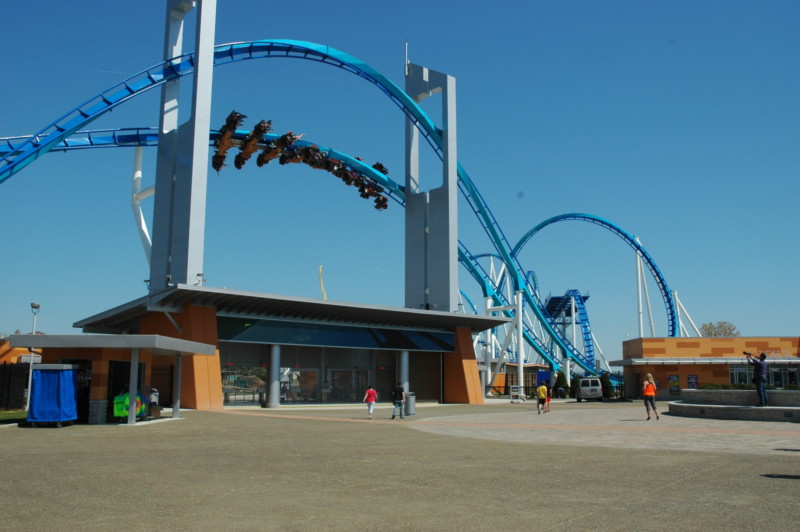 Approaching the entrance to Cedar Point, guests’ eyes are drawn to the new $25 million dollar coaster flying over the front gate every few minutes. They might not even notice the brand new entry plaza, or the sleek ticketing building tucked off to the side.  Interestingly named The GateKeeper, the ride actually gave the park the opportunity to open up the front gate area, allowing guests more freedom and mobility. The very architecture of the park’s entrance has changed, thanks in large part to advancing ticketing technology and evolving guest trends.

“Every year the amount of people buying tickets at home jumps a large amount,” says Matt Ouimet, President and CEO of Cedar Fair. “We want to make it easy for our guests to come here, and let them have fun.”

Purchasing a ticket is usually the first interaction a guest has with a park, and it’s something that leaders like Ouimet don’t take for granted:

“The first thing guests see at most regional parks around the world are ticket booths that are well beyond their years and certainly a design feature and utility that are no longer necessary.

“If you bought a hotel room in Hawaii on the internet, and you got to the lobby you either said, ‘I made a great purchase’ or ‘What did I do?’ – The front gate is our hotel lobby.”

It’s not just Cedar Point. Other players like Six Flags and Disney are re-designing their entrances, and often with the help of leaders in the ticketing industry.

Depending on whom you talk to, the field of modern ticketing had its origins in any number of industries like concerts, skiing or sporting. But Dave Hutton, Vice President of Marketing for Diamond Ticketing, has what seems the most credible theory:

“Ticketing probably was developed in the early days of rail and boat passage, where there were large groups of people that were traveling at the same time. Those that were running the services needed a way to have access control. That’s where we started keeping track of people and wanting to know numbers. It advanced significantly in performance theater, with Broadway developing new ways to track and identify ticketholders. That’s what informs our ticketing procedures today.”

Up until the 2000’s nearly every guest to an amusement park or theme park purchased their ticket at the park’s entrance. Then, print-at-home tickets arrived on the scene and guests gained the option to show up with their printed ticket and have it either exchanged for a new ticket at the gate, or scanned for entry. Even that process is starting to become a bit passé, with the increasing use of  mobile devices to allow entry.

The core function is that of presenting a scannable code, and that hasn’t changed in a while, although it has become more complex.

“Scanning systems have evolved from regular barcodes to 2D barcodes (for use on mobile devices) to QR codes, which have the capacity to store more information than just a serial number,” explains Melinda Arvin, Director of Sales and Marketing for OmniTicket Network.

Clearly the trend is to use the mobile technology already in guests’ hands to enhance the ticketing and entry process. But relying on smartphones has a few drawbacks. 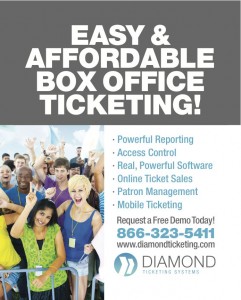 “For starters, not everyone has a smartphone,” says Siriusware’s President and CEO Mark Danemann. Additionally, the variety of operating systems ensures there is no one-size-fits-all solution. “Nonetheless, this is a bridge moment. As phones start to be used as a form of payment, then they will start to transform the ticketing procedure.”

Steve Brown, Accesso’s Chief Operating Officer, North America, agrees. “Right now what mobile devices provide is a readable image, but as devices continue to develop we expect them to include near field communication.”

Near field communication technology is based on RFID (Radio Frequency IDentification) chips that emit an identifiable frequency that readers are able to read and track. Although not necessarily new technology, it is being utilized in new ways and currently being rolled out at all of the Walt Disney World Resort’s parks as part of their new MyMagic+ program.

Only a few devices have that technology now, but that is expected to expand.  How quickly it rolls out will largely depend on phone service providers as well as banks and merchants partnering together to provide all the pieces. Perhaps not surprisingly, Asia is first, Europe second and the US is third for mobile technology adoption. In Asia and in London people are already paying for taxis using near field communication on their mobile devices.

Near field is still in testing at Walt Disney World; the goal is to replace paper tickets with RFID wristbands that function as hotel room key, park ticket, ride reservation system, and more. Disney also touts the system’s ability to create customized experiences for guests, with ride control systems able to read data from the wristbands and display a Happy Birthday message to a birthday child during a ride, for example. Initial results from Disney indicate that the wristbands have increased per cap spending. 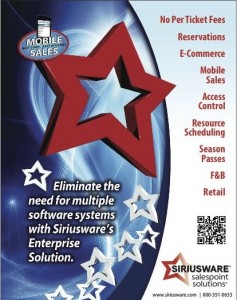 OmniTicket Network developed the system in Florida, and while Melinda Arvin is quick to point out all the benefits the system provides, she also cautions parks from jumping too quickly onto the RFID trend.

“The concept of making experiences more interactive – and creating more guest engagement throughout the experience – is certainly a big selling point of the technology, but RFID is not an option for most smaller venues,” says Arvin. “The cost for RFID is still high, and most of what is being done with RFID can be replicated using less expensive technology. As expected, Disney is at the leading edge, and now others will start to adapt and follow their lead.”

Actually, waterparks have been a prime playground for developing ticketing technology. With wallets and waterslides not mixing well, waterparks have sought out ways to pre-load money onto wristbands that guests can use as cash throughout the park. While that can be accomplished with barcoded wristbands and networked scanners, some parks like Waterworld in Colorado have started selling RFID wristbands for that purpose, with the price of the wristband helping offset the cost of the technology. At Dorney Park, Cedar Fair is running its own experiment of offering the RFID wristbands not only at the waterpark but for the adjoining theme park as well.

As an effect of the changes in technology, a number of park operators have taken the opportunity to re-think and re-design the front gate experience, as Cedar Point has. Budgeting for these projects can be challenging, however.

“We tried for years to come up with a rationale for investing in the front gate,” says Matt Ouimet. “Every time we wanted to, we decided to spend those dollars on a ride instead.”

Rob Decker, VP of Planning and Design for Cedar Fair, said he was looking at ways to redo the front gate since he started at the company in 1999. 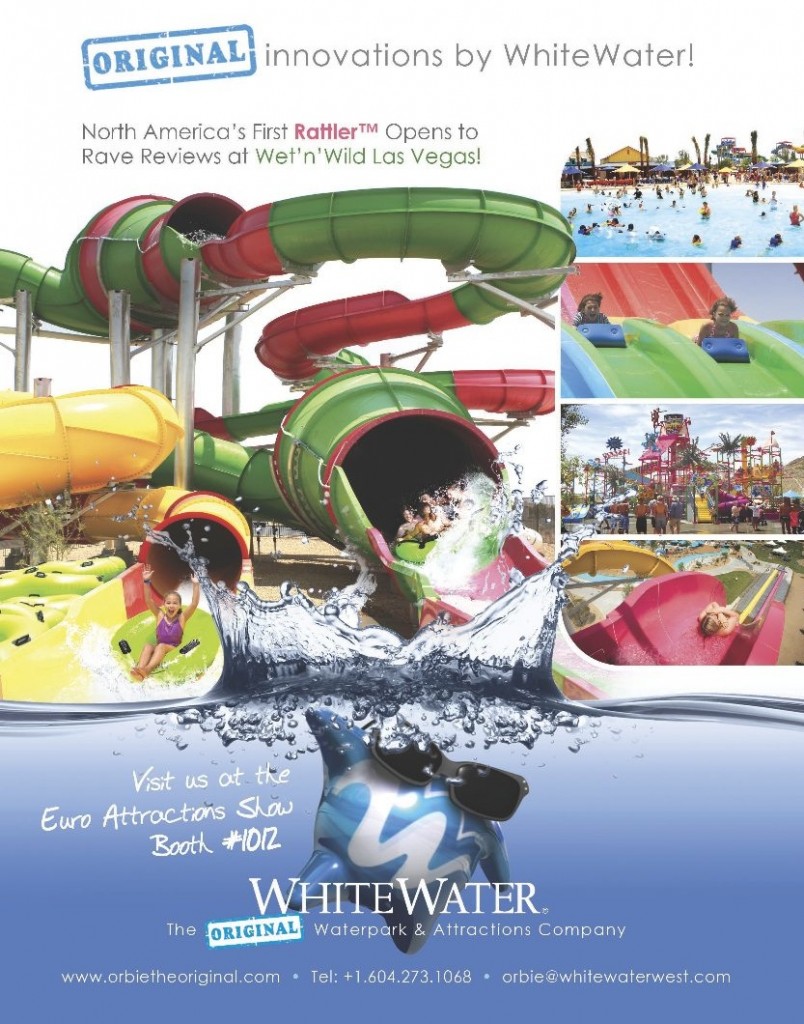 “When the wing coaster came along I realized that was the opportunity,” says Decker. “I met with Walter Bolliger [of Bolliger & Mabillard] and said, ‘I’ve always wanted to fly over the front gate,’ and within five minutes the idea was born.”

From a design and architectural standpoint, the redevelopment of the front gate had as much to do with the park’s identity as it did with the coaster.

“For us, not having theme-heavy IP, we have to create our own identity. If we are going to be known as the roller coaster capital of the world, then we put a roller coaster at the front gate,” says Decker. “Furthermore, it should be about giving the space back to guests. We tend to shoehorn things into limited space, but now we are thinking more about the placemaking –  the sense of place –  and making the day better for the guest with less hassle. So we think about those things from an architectural and planning standpoint to make sure we deliver not just the thrills but have it be a pleasant place to enjoy the day.”

It’s the advances in technology that are allowing those conversations and design shifts to take place. Guests at Cedar Point find an open plaza at the front gate. Tickets are still sold in a low profile building to the side of the entrance, and directly below GateKeeper, the row of old fashioned turnstiles has been replaced with barrier-free access points. Employees scan tickets, while newly installed cameras count guests as they come in and out of the park.

Matt Ouimet calls it “the beginning of the death of the turnstile.”

Diamond Ticketing’s Dave Hutton thinks “most major parks will be turnstile-free in about 15 years as technology becomes more affordable.”

But Steve Bell, Business Solutions Architect for Gateway Ticketing Systems, does not  see turnstiles approaching their end of life. “The attraction space can experience significant loss without the utility of rigid control,” says Bell.  “With key customer locations handling 40,000 ticketed guests per hour, even a 10% loss for our customers can translate to unimaginable and unacceptable revenue sacrifice.”

OmniTicket Network’s Melinda Arvin says it’s the start of “transforming access control.” Where feasible, she indicates, facilities are moving towards barrier free access. But at the same time, Omniticket has sold more turnstiles this year than in years past.

How can one tell where this technology is headed for parks? One way to find out is to look at corollary industries.

Siriusware’s Mark Danemann looks to his company’s work in the ski industry and a practice they call “direct to lift.” Skiers receive a card, either RFID or barcoded, that they can load a lift ticket onto online or at the resort at a discount and go straight to the lift. It’s sort of a middle ground between a single admission and a season pass. It increases the park’s yield, but also depends on the price point. It starts to make more sense when ticket prices approach the $100 mark. “Getting that card into the customer’s hands is key,” says Danemann. “Then you can start tracking and analyzing their spending habits, while building loyalty.”

Danemann also sees dynamic pricing as a hot topic that has yet to solidly establish itself in the attractions industry. With the majority of tickets being purchased electronically, the actual price of admission could change based on how busy an attraction is.  “Does it play out in the real world?” wonders Danemann. “ I’m not sure whether a $1-5 change in ticket price will drive people from one attraction to another.”

Dave Hutton sees an all-in-one ticket coming soon. “Patrons can purchase their whole experience from home. It will be similar to how vacations are bundled together, or a cruise ship, with everything on one card.”

John Collins, Strategic Sales Executive with Active Network also sees further integration of biometrics with other technology on the market. “Using devices like Microsoft Kinect could allow us to establish identification metrics based on height or other identifiable features of guests,” says Collins. “Right now, the ROI doesn’t make sense, but the future is there.”

In the meantime, parks will continue to watch how the front gate experience is changing at parks like Walt Disney World and Cedar Point and adapt their own architecture to meet the changing technology.

“The technology and GateKeeper allowed us to do great placemaking with our entry gate,” says Ouimet. “The [open] entry plaza allows for the drama of the ride to take center stage.”  •  •  •