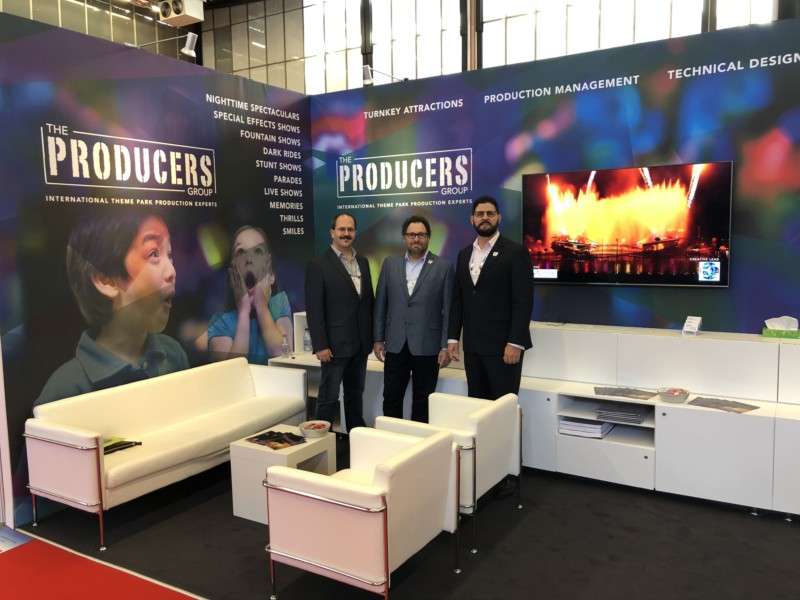 ABOVE: The Producers Group exhibited at the IAAPA Euro Attractions Show in Amsterdam. Judd Nissen, Edward Marks and Todd Hougland will also be welcoming guests to their IAAPA Orlando booth in mid-November. All photos courtesy TPG

For the third time since its founding in 2011, The Producers Group (TPG) is undertaking a major expansion, with a new office in a nexus of the themed entertainment universe. This time, it’s Orlando. The new TPG office in Orlando, headed by Todd Hougland, joins existing company locations in Los Angeles, Shanghai, and Dubai.

Co-CEOs Bob Chambers and Edward Marks established TPG to provide a suite of services for the global attractions industry, leading with production and project management, and technical direction. Chambers and Marks consider one of the company’s key strengths is retaining a strong core team, rather than dramatically staffing up or down from project to project. In this exclusive interview, Hougland, Chambers, and Marks spoke to InPark contributor Rick West about this new chapter of the TPG story, and what the company’s plans are with this latest expansion.

Congratulations, Todd, on your new position at The Producers Group. We want to know more about you as a person and a professional. How did it all begin for you, and what steps brought you to where you are today in your career?

Todd Hougland: I am lucky to have had a number of wonderful opportunities in this great industry. I started as a performer at Walt Disney World in Orlando back in 1986; a high school summer job. I enjoyed it very much and continued to work part-time through high school and while I attended the University of Central Florida. In 1990, I had the opportunity to work at Universal Studios Florida during its opening season; first as a performer, then as Entertainment Supervisor and then as a Production Stage Manager.

In 1994, I took on a project where I was the Company Manager for a few stunt shows produced at Six Flags Over Mid-America (St. Louis). This led to a number of other projects throughout the US and in Europe.

In 1999, I produced a water stunt show for Six Flags Marine World (Vallejo, California), where I first met Tom Mehrmann, who was then the General Manager. Tom and I ended up working on the Warner Brothers Madrid project from 2001 to 2003. He was GM and I was on-site Entertainment Consultant.

In 2004, Tom had become CEO of Ocean Park Hong Kong, and he recruited me to come in as a consultant for five months, to help take their modest Halloween event to the next level. I jumped at the opportunity and ended up staying in Hong Kong for over a decade!

Half of that time, I led the entertainment team as we pushed their seasonal events to world-class level, and then the latter half I served as Executive Director of Operations and Entertainment, leading the day-to-day operations of the entire park. I thoroughly enjoyed working with Tom Mehrmann and Allan Zeman, Chairman of Ocean Park, from 2003 until 2014, as we transformed what was a very good regional park into a world-class park that won the Applause Award in 2012. My family loved Hong Kong, but eventually we decided it was time to return to the US, which we did in 2017. Not long after that, Ed and Bob reached out, as they had a few possible projects that I might be suited for with TPG. We finalized our agreement in November 2017.

Why now? Why Orlando? Specifically, what drove the decision to have a physical presence in Orlando in addition to the other offices?

Edward Marks: Orlando is a natural extension of what we’re doing on a global level. It’s arguably the busiest theme park market in the world. Three of the largest clients in the industry – Walt Disney Imagineering, Universal Creative, and SeaWorld Parks & Entertainment – are bi-coastal in both Southern California and Orlando. To better serve clients such as these as well as others in the market and in Eastern North America, establishing a base of operations there was a necessary and important expansion for us. From Orlando, we have easy access to clients from Georgia to Cape Canaveral, to the Caribbean and beyond.

After establishing ourselves in Los Angeles and then internationally, our company was at a size that it made sense to go ahead and make the investment in the Orlando office. There is a lot of work going on in Orlando these days, between the existing parks, redevelopments, and new projects that will come to light in the near future. It makes strategic sense to put our team right in the middle of the action, where we can and will be available for our partners and clients for years to come.

How does this new office expansion work into TPG’s history, and more importantly, what does it mean for the company’s future?

Bob Chambers: We’ve based the company on our ability to collaborate not only with our partners, but with multiple offices in multiple locations. The expansion into Orlando isn’t any different than our previous moves, in that respect. We fully intend to have a collaborative, seamless connection between our Orlando office and our LA office. So, from a historical standpoint, it’s taking what we’ve always done in terms of being a premium provider, making sure everyone’s collaborating with the best tools, and carrying that forward into the ability to truly have a singular voice that is a bi-coastal service provider.

Marks: The timing of Todd coming aboard coincides perfectly with our business growth goals, including talent acquisition and revenue stream. There are a lot of firms out there that TPG has a synergistic relationship with, many of which are in the Orlando area. A large portion of the company’s revenue comes from white label services it provides many of its industry partners.

How does this speak to larger trends in the attractions marketplace?

Chambers: Increasingly, clients are looking for more robust offerings – collaborative and integrated design packages and design phases – which we are very focused on, and capable of delivering. TPG feels that trend of more integration is going to continue.

TPG is also very focused on efficiency, which is why the company is putting such an emphasis on seamless integration between LA and the new Orlando office. From Orlando, we are also in a stronger position to support a number of our projects in Europe and the Middle East.

This way, resources can be shared internally so that it’s not a problem if a project manager is in LA, and your special effects designer is in Florida. As long as they’re seamlessly connected, it creates a more efficient use of resources, while still delivering a fantastic result.

What should we expect from The Producers Group in Orlando for the rest of the year and first part of 2019?

Hougland: With the IAAPA Headquarters now in Orlando, we will continue to support the Association and look for additional ways to remain involved and active.

Personally, now that I am back in the US, I look forward to continuing to develop my professional network in Central Florida via the Themed Entertainment Association (TEA), and the Florida Attractions Association, as well as IAAPA.

The Producers Group will be exhibiting at the 2018 IAAPA Attractions Expo in Orlando and will be hosting meetings at their booth, #260. Meetings can be scheduled by emailing [email protected] • • • 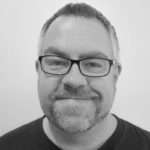 Rick West ([email protected]) is a creative director/show writer in the themed entertainment industry and a contributor to InPark Magazine. He is also the Creative Director of Midsummer Scream, the world’s largest Halloween and horror convention, which takes place each summer in Long Beach, California

• 2016: TPG goes into production on two attractions for Dubai Parks and Resorts

Key contacts at each of the TPG offices

Around the World with The Producers Group

Joe Kleimanhttp://wwww.themedreality.com
Raised in San Diego on theme parks, zoos, and IMAX films, Joe Kleiman would expand his childhood loves into two decades as a projectionist and theater director within the giant screen industry. In addition to his work in commercial and museum operations, Joe has volunteered his time to animal husbandry at leading facilities in California and Texas and has played a leading management role for a number of performing arts companies. Joe has been News Editor and contributing author to InPark Magazine since 2011. HIs writing has also appeared in Sound & Communications, LF Examiner, Jim Hill Media, and MiceChat. His blog, ThemedReality.com takes an unconventional look at the attractions industry. Follow on twitter @ThemesRenewed Joe lives in Sacramento, California with his fiancé, two dogs, and a ghost.
Share
Facebook
Twitter
Linkedin
Email
Print
WhatsApp
Pinterest
ReddIt
Tumblr
Previous articleYves Pépin: Fire and water
Next articleCinesplash reveals the pearls and pixels of Attraktion!