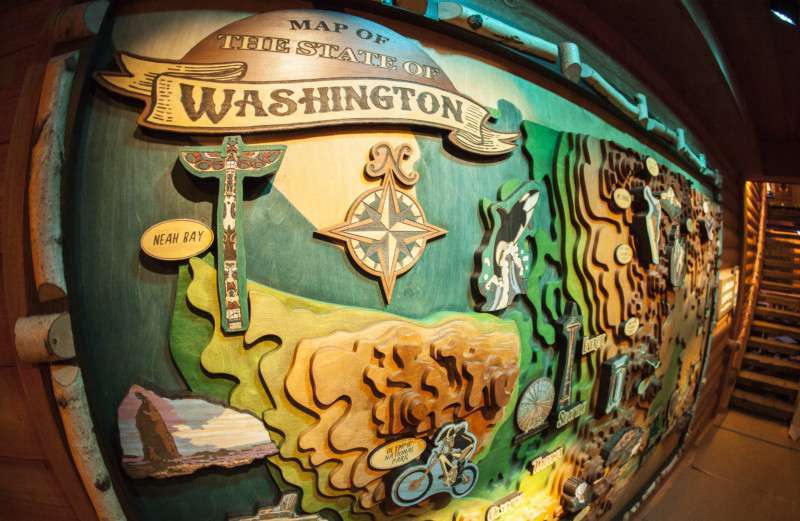 In 2014 Seattle, Washington became the third city in America to rename “Columbus Day” to “Indigenous Peoples’ Day,” putting it at the forefront of a growing national movement. (Today, over 40 municipalities across the country have followed suit.) This change refocuses the holiday to honor Native American history and culture, tremendously appropriate for one of the few major U.S. cities to be named after a First Peoples leader.

As part of the Indigenous Peoples’ Day festivities in Seattle on October 9th, 2017, Miner’s Landing at Pier 57 has announced that they will present a new custom light display on the Seattle Great Wheel, and will rededicate Wings Over Washington, the “cultural entertainment” attraction that debuted just over a year ago.

Kyle Griffith, who owns and operates the pier with his father Hal, said, “The First Peoples of the Pacific Northwest have an amazing reverence for the natural world. Because of their influence, all Washingtonians share that reverence. We really wanted that to shine through Wings Over Washington. And that’s why we decided to rededicate the attraction on Indigenous Peoples’ Day.”

Brent Young, Super 78’s Creative Director, added, “At the studio, we were all familiar with Washington’s Native American culture. But the more we dove into our research, the more we were impressed by how that culture is very much a part of today’s Washington. We applaud The Griffith Family for being a part of this tribute to all the First Peoples of this nation.”

Wings Over Washington is a pioneering flying theater attraction that creates a deeply immersive narrative for the entire guest experience. It also features authentic Native American folklore, iconography and music to drive the narrative.

Guests begin the experience by entering a set of wooden doors hand-carved in the style of Pacific Northwest longhouses. Through those doors, they walk into a ranger station in the Olympic National Forest for a night of stargazing. Vintage photographs on the walls honor First Peoples history, including one photo that records the dedication of the Chief Seattle statue at Tilikum Place in 1912.

Up a flight of stairs, guests assemble in the “briefing area.” Hanging on the log beams of this room are several Native American masks and a painting of a thunderbird, a spirit animal revered by First Peoples as the guardian of the sky. As the Park Ranger host welcomes everyone, a magical transformation takes place: the masks come to life, one by one, vocalizing as the animals they represent. The sounds of tribal chanting, singing, and drumming fill the air. A curtain of mist begins falling in front of the thunderbird painting. Animations of the spirit animals represented by the masks — bear, orca, raccoon, owl and eagle — move across the mist. Guests pass through this enchanted portal to walk up another flight of stairs.

At the top of these stairs, they are standing on a wooden deck high up in the trees, the scent of pine filling the air. A majestic totem pole stands tall in front of the platform, underlit by a campfire down on the forest floor. The chanting and drumbeats continue as guests settle into their seats.

As music swells, an ethereal thunderbird rises off the top of the totem pole and sweeps down towards the platform. At that moment, the platform rises up and takes flight, fulfilling the legend in spectacular fashion.

This spirit animal then leads guests through a thrilling flight over some of the state’s most beautiful environments, including the Teiton River, Mt. St. Helens, the San Juan Islands, the Cascades, Snoqualmie Falls, Diablo Lake, and more. The opening sequence features the sun rising over “sea stack” rock formations off the Makah Tribe coastline, a shot only possible with the blessing of Makah tribal leadership.

From the longhouse doors and the animated wooden masks (created by Garner Holt Productions) to the iconic Pacific Northwest artwork on the ride vehicle canopies (engineered by Dynamic Attractions), the visual language of the region’s First Peoples enriches the entire experience. Sonically, the attraction’s emotional core is anchored with a custom musical score supervised by Yessian Music, with its main theme composed by Antonio Di Iorio and performed by the Northwest Sinfonia. Electrosonic integrated the AV systems throughout the experience. Yessian also worked closely with the Sacred Water Canoe Family, a Native American vocal and percussion group, to record several pieces for the attraction score. Their songs, passed down through generations, are the foundation of the preshow experience. The Sacred Water Canoe Family also performed live at Wings Over Washington’s debut in 2016. 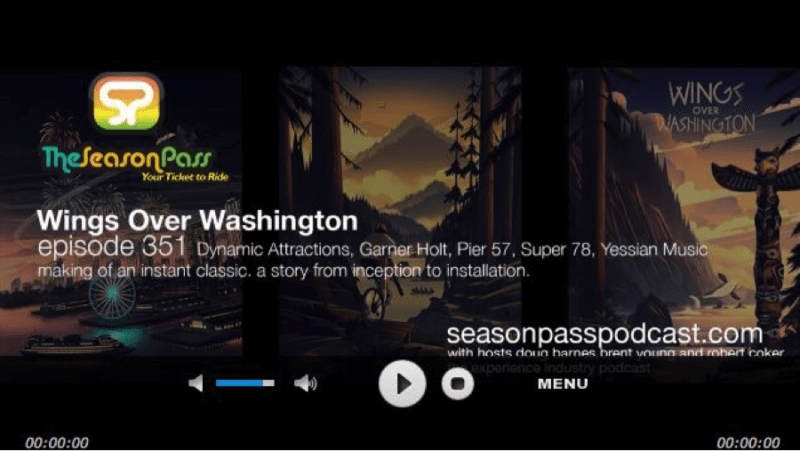 To learn more about development of Wings Over Washington, click on the image above to listen to Episode 351 of The Season Pass Podcast.

Click on the video above to hear Calina Lawrence of the Sacred Water Canoe Family recording a solo vocal track for the Wings Over Washington attraction score.

Wings Over Washington from Super 78 on Vimeo.

For a brief overview about Wings Over Washington, click on the video above.

Triotech passes the bar of 100 attractions in Europe