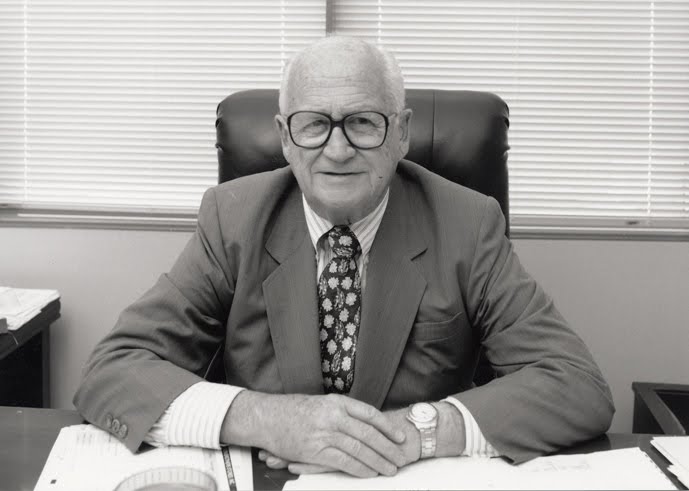 The following is excerpted from a talk given by the late Harrison “Buzz” Price (1921-2010) on the subject of business ethics in June 1974. This was in the wake of unprecedented political scandal on the national level in the US. Seven months earlier, then- Vice President Spiro Agnew had resigned in disgrace amid charges of tax evasion and political corruption, and been disbarred. Less than a year later, President Richard M. Nixon himself would also resign.

Buzz Price is regarded as the pioneer of entertainment feasibility and has a window on Disneyland Main Street. His company at the time was Planning Research Corporation (PRC) where he served as Chairman prior to forming Harrison Price Company in 1978 which continued until his retirement in 2005. He had previously founded Economics Research Associates, which is now part of AECOM. In 1994 he became the first Thea Award recipient (lifetime achievement). Buzz’s son David Price of Price Leisure Group is currently president of the Western North America Division of the Themed Entertainment Association.

Buzz was an engaging and active speaker. This speech, originally presented to the PRC President’s Council, is the first of a series to appear in InPark, with thanks to David Price.

[dropcap color=”#888″ type=”square”]I[/dropcap]have come to the conclusion that it is appropriate for a public company like PRC – particularly one selling professional services – to talk out loud about essential ethical parameters; the practical limits that should be implemented.

PRC submits perhaps 8,000 proposals a year and books one-quarter of them. It would be a shame for a wrong approach on one of those proposals to jeopardize the total effort, as to reputation and ability to do business. We have had a near miss or two or three over the years, so I will try to define some tests that apply to conflict of interest situations that most of us have had, or may have to deal with at some point, whether a little or a lot. Today, or tomorrow, you may be pondering how best to handle a piece of business in which there is a flavor of pay-off.

Theology and history are full of relevant slogans, from caveat emptor to the Golden Rule.

The Rotarians devised a code called the Four Way Test:

— Is it fair to all concerned?

— Will it build goodwill and friendship?

— Will it be beneficial to all concerned?

The problem with that is that you can build a good case for bribing the Pope if the end result is socially constructive.

An early American test, “Would you do it if you were President of the United States?” is no longer considered foolproof.

In developing my own list, I debated long on whether to define constraints – what not to do – or guides – what to do. Too much material on ethics is negative. Positive guidelines are more complex. I ended up with both.

S leep: If the deal keeps you awake at night, you had better re-examine it.

T elevision: If the arrangement gets to be public, can you defend it on TV with your family watching?

A dvice: When in doubt, get advice before you do it.

L egality: Is it legal in the local situation and jurisdiction involved?

L os Angeles Times: How will it look on the front page?

C ash & checks: Don’t deal in cash; Don’t transmit company checks or other fancy emoluments to a party participating in the decision making process in a buying situation.

H anky Panky: Don’t involve yourself in a situation of hanky panky (an uncertainly suspicious business or social practice).

I ntelligence: Have the brains to know the difference between a kickback and a finder’s fee. Don’t confuse the two.

L ook out for “finders” who must remain quiet and confidential.

L egal: When in doubt about circumstances, don’t proceed without legal advice.

Also consult your instinct. I think you have to be able to smell trouble.

I recommend that we be shrewd and prudent in the assumption of risk. Today we have to do more than practice the “11th commandment” (Thou shalt not get caught). We must be willing and able to pass up tainted business.

Judith Rubin
Judith Rubin ([email protected]) is a leading journalist, publicist, strategist, blogger, content marketing specialist and connector in the international attractions industry. She excels at writing about all aspects of design and technical design, production and project management. Areas of special interest include AV integration and show control, lighting design and acoustics, specialty cinema, digital video and world’s fairs. Judith has ties to numerous industry organizations. From 2005-2020 she ran communications, publications and social media for the Themed Entertainment Association (TEA). In 2013, she was honored with the TEA Service Award. She was development director of IMERSA, and co-chair of the 2014 IMERSA Summit. She was publicist for the Large Format Cinema Association in the 1990s, now part of the Giant Screen Cinema Association (GSCA) and has also contributed to the publications of PLASA, IAAPA and the International Planetarium Society. Already making her mark as a magazine and book editor, Judith joined World’s Fair magazine in 1987, which introduced her to the attractions industry. Launching as a freelancer in the mid 1990s she has contributed to dozens of publications and media outlets including Funworld, Lighting&Sound America, Sound & Communications, Urban Land, The Raconteur and The Planetarian. She joined InPark in 2010. Judith earned a Bachelor of Fine Arts from Pratt Institute. She has lived in New York City and the San Francisco Bay Area, and now makes her home in Saint Louis, where she is active in the local arts and theater community.
Share
Facebook
Twitter
Linkedin
Email
Print
WhatsApp
Pinterest
ReddIt
Tumblr
Previous articleMedialon acquired by Barco; show control product announced
Next articleStatue Commemorating Lewis and Clark Bicentennial Returned to St Louis Riverfront