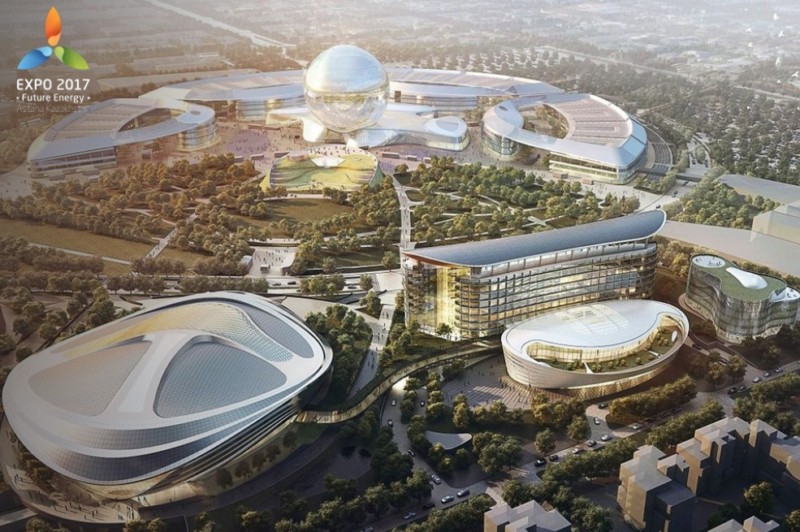 With Expo 2017 Astana just two months from opening conceptual designs for many of the 115 participating countries are beginning to be revealed. Budgets for these pavilions range up to several million dollars and participating countries hope to attract and tell their stories to audiences in the millions.  Expo 2017 Astana will open June 10 and will close September 10.  Here is a sampling.

Theme: “The Source of Infinite Energy”

Theme: “We Are Energy”

Design: British Architect Asif Khan, Construction of the UK Pavilion in Astana is being led by Nussli

Since retiring from the US State Department in 2011 after a 30+ year career in world expos, James Ogul ([email protected]) has remained on the scene in an advisory and consulting role. He writes regularly for InPark Magazine about world’s fairs. See his free online book, Tales From the Expo.

Joe Kleimanhttp://wwww.themedreality.com
Raised in San Diego on theme parks, zoos, and IMAX films, InPark's Senior Correspondent Joe Kleiman would expand his childhood loves into two decades as a projectionist and theater director within the giant screen industry. In addition to his work in commercial and museum operations, Joe has volunteered his time to animal husbandry at leading facilities in California and Texas and has played a leading management role for a number of performing arts companies. Joe previously served as News Editor and has remained a contributing author to InPark Magazine since 2011. HIs writing has also appeared in Sound & Communications, LF Examiner, Jim Hill Media, The Planetarian, Behind the Thrills, and MiceChat His blog, ThemedReality.com takes an unconventional look at the attractions industry. Follow on twitter @ThemesRenewed Joe lives in Sacramento, California with his wife, dog, and a ghost.
Share
Facebook
Twitter
Linkedin
Email
Print
WhatsApp
Pinterest
ReddIt
Tumblr
Previous article
New Exhibit Celebrates Legacy of Saudi King Abdullah
Next article
Scruffy Dog Opens Italian Office