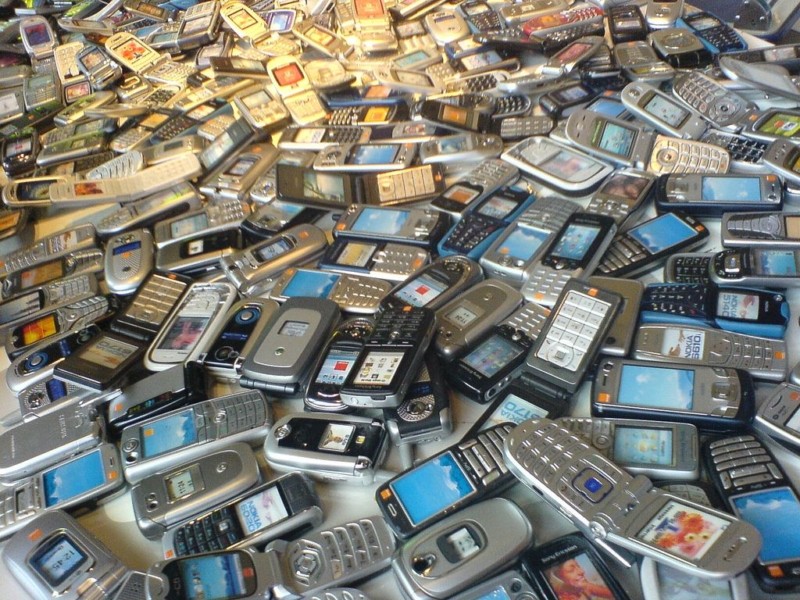 The personal device and its changing role in themed entertainment

To the chagrin of attraction designers everywhere, theme park queues around the world are filling up audiences whose members appear much more captivated by the $300 device in their hands than the multimillion dollar investment around them.

The response to this cultural shift has been to explore ways to integrate guests’ own devices into experience design – to use a guest’s own mobile device within an attraction to do such things as receive and display content, provide wayfinding and queue reservations, offer new forms of character interaction and more. On the surface, it appears to be a great solution for operators who are looking for new ways to engage visitors without the costs of purchasing visual display and interaction hardware. 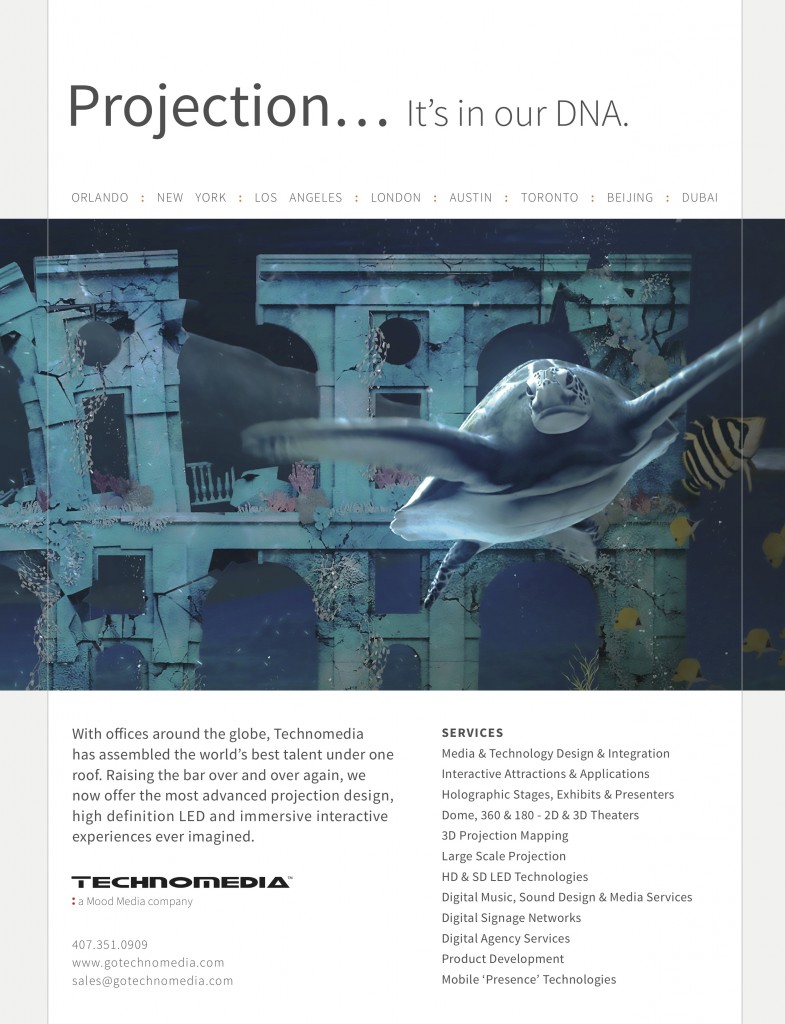 “Bring Your Own Device (BYOD)” promises to open up a new chapter in themed entertainment, but the trial and error process that always accompanies a major shift like this is a game that has only just begun.

On a recent project,  my team was tasked with creating a proof-of-concept for a narrative, interactive media-based attraction that individualized each guest’s experience. The test project came together as a game with a series of rooms containing large projection screens that delivered the heavy load of the media content. Guests would download an app and use their mobile phones for viewing hints and supplementary media, score keeping, and to interact with and control aspects of the show itself.

We felt that our greatest risk was in taking much of the decision making away from the central show control operator, and giving that immense power to the guests. Our group eventually completed a crude mockup version and then engaged in play testing. As much as we prepared for what we thought was every possible outcome, not a single one of us could have predicted the results.

The first problem was a lack of standards in phone interface, screen size, and functionality. An app optimized for one phone platform never seemed to work intuitively on other devices. The second problem was the reliability of guest-provided devices. Our processing-intensive app put the internal memory of many of these phones on life support. Because we were trying to get a real-world situation, we allowed guests to download and try the experiment anyway. On slower devices or on phones where the memory was full, the media content chugged along, stuttering, or sometimes even freezing the phone. To expect any content provided by our show to be broadcast, received, and played reliably on every single phone was hopelessly unrealistic.

The biggest hurdle ended up being the users themselves. Those more likely to figure out and complete challenges relatively quickly became frustrated with those who were slower and less experienced. The latter became irritated by the challenge of the new interface. We concluded that a completely individual experience is attainable and possible using guests’ own devices; but at this time, many technical hurdles and environmental variables exist to confound accomplishing a group activity.

This is likely why the popular social interaction projects in themed entertainment have so far largely been a process of game-ifying actions and tasks that guests are already doing anyway: check-ins, taking photos with certain characters, or collecting objects to earn badges or tokens. To become a “real” (and more satisfying and memorable ) game, the task itself needs to become a “real” challenge, where success is determined by mastering an unfamiliar skill or achieving a goal in an unfamiliar way. 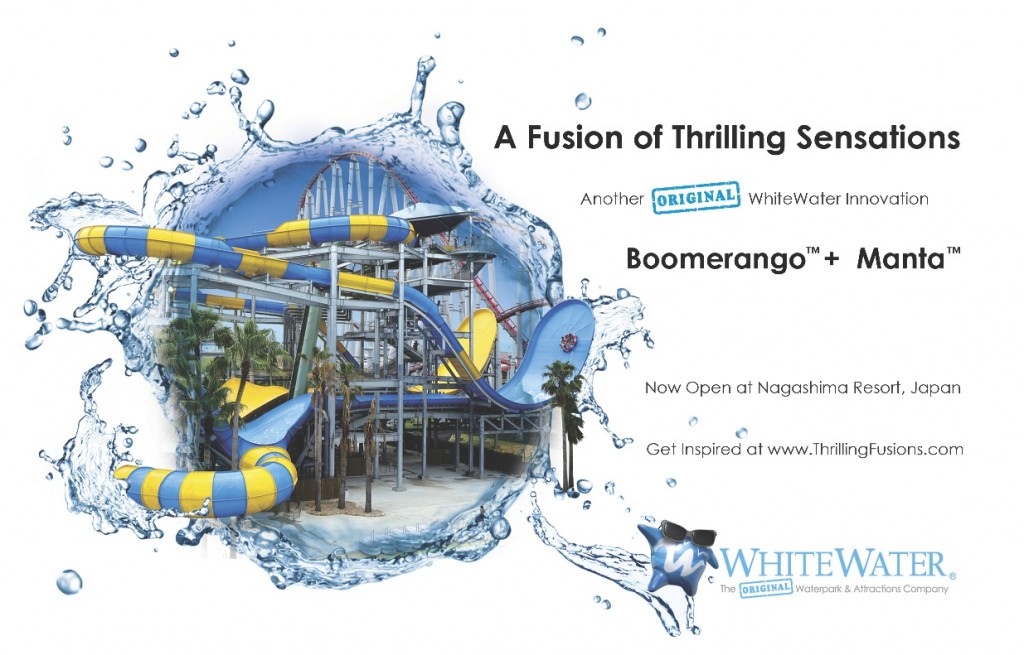 Dave Cobb, Senior Creative Director at Thinkwell Group is a developer on the creative front lines of themed entertainment, and he is regularly tasked with thinking about the possibilities of personal device technology in tomorrow’s theme parks and museums. “Currently, the only way for these technologies to succeed is when they are used as the lubrication for the gears of a story or process, and not the primary activity or motivation,” says Cobb. “What it needs to become is distraction on the designer’s terms. These interactions need to be on our time as well as the guests’ in every aspect, and they should ultimately encourage collaboration. The minute that using these things becomes inconvenient for any reason, whether by difficulty or network problems, people won’t hesitate to turn them off.” We must find the right way to harness collaboration and socializing.

Examples of the collusion of game and social interaction are starting to emerge – not necessarily created by theme park operators, but by the fans themselves. Wishing Stars, an independent phone app created by Greg Maletic, combines a game-ified, merit-based system and social quest into an immersive experience designed to be enjoyed while walking through the attraction queues at Disneyland. The application augments a puzzle layer over the familiar attraction experience, and uses familiarity to its advantage. Similarly, other applications have been developed that build a social layer onto, and compliment, theme park created games such as the Sorcerers of the Magic Kingdom game at Walt Disney World. Currently available in app stores are applications that allow theme park visitors to broadcast their location throughout the day, and use this information, combined with the Magic Kingdom game, as the basis of a parkwide “Capture the Flag.”

The new My Disney Experience program allows guests to better control their visit to the Disney parks in real time throughout the day. With the app loaded on a tablet or smartphone, guests can check wait times, make or change dining reservations, look at a digital park map, or plan ride reservation times through Fastpass+. Now in beta testing, My Disney Experience has already raised the bar for giving guests a new form of digital convenience.

One glaring, core issue remains: these devices are distracting. Their incorporation needs to be done in a way that pulls people into the experience and not the reverse. By offering games, planning applications, and other useful systems, we’re at least providing a distraction that is closer to being “inside the bubble.” But actually getting guests’ full attention has become the new nut to crack.

Developers and designers everywhere are anticipating a day when visiting a theme park, museum, or entertainment venue becomes a seamless blend of personal and group experience all connected through a familiar device that we use every day. This is our new digital frontier.   • • •

Jason McManus is a creative director at Lightning in a Bottle Design & Production, a themed entertainment design group based in North Hollywood, California. Previously, Jason worked as a designer on numerous projects for Walt Disney Imagineering, RGH Themed Entertainment, The Smithsonian Institution, and The Hettema Group.