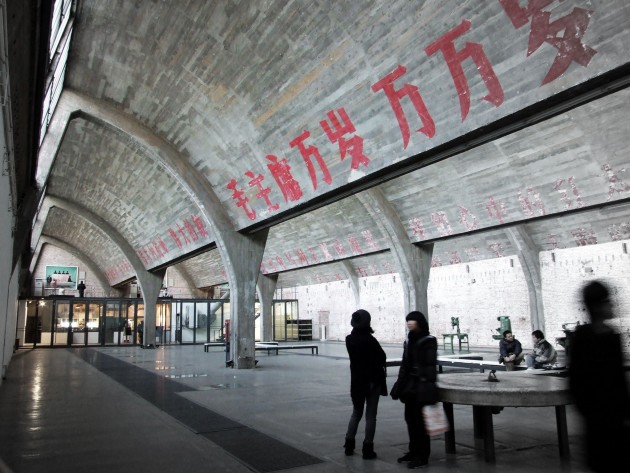 This accomplishment was not an easy one. In addition to increases in the number of museums, there were setbacks that saw a decade long shutdown within the museum sector and questions as to what constitutes a museum.

Bowuguan is a transliteration of the Mandarin Chinese word for Museum.

As part of China’s first Five Year Plan (1953-1957), the government began opening provincial museums showcasing themes such as “Land Reform” and “Revolutionary History.” The second Five Year Plan (1958-1963), also known as “The Great Leap Forward,” led to the establishment of a network of National Museums and an expansion of museums on the regional level. This endeavor was accompanied by the slogan, “Every province must have its museum, every community its exhibition hall.”

A growth spurt such as this can lead to uneven quality. Professor Feng Chengbo of Tianjin’s Nankai University wrote that “…almost overnight, thousands of museums emerged without collections, professional staff, or buildings.” (Prof. Feng was quoted in the 2014 book, “Museums in China: the Politics of Representation Under Mao,” published by Boydell & Brewer and authored by Marzia Varutti, Ph.D, an expert on Asian museums and Chinese culture who is affiliated with University of Oslo and the University of Leicester museum studies program.)

The Great Leap Forward was followed by the Cultural Revolution (1966-1976), during which Communist party dominance and social re-engineering caused thousands of museums to be closed and thousands of artifacts and works of art either quarantined or destroyed.

Dr. Varutti has chronicled how an open-door policy instituted in the late 1970s began to change the Chinese museum sector, with the beginnings of international cooperation, the institution of Chinese museum associations, the establishment of museum studies courses at universities throughout the country, and the acceptance of international museum standards.

By the turn of the new Millennium, expansion of the Chinese economy and growing middle and wealthy classes would create a boom in the museum sector.

A major factor in that growth has been in the private sector. According to Christian Aaen, a founding principal at Economics + Culture Advisors (ECA), 22% of Chinese museums are privately owned.

Beth Chang, Regional Director of Economics for AECOM, points out that these private museums tend to fall into a number of categories. The vast majority are small galleries where wealthy Chinese can showcase their art. She anticipates that in the future they may not be characterized as museums by the government. Aaen pointed out that art districts have popped up in larger cities such as Shanghai and Beijing, centered around cafes, artist studios, and these private galleries.

There are also larger edifices. Developers of mixed-use projects are often required to include a museum space as a cultural anchor, which is then often donated to the government. Aaen said, “Companies may also develop a private museum at their factory or headquarters, showcasing their company’s products, history, or art collection.”

According to Chang, “The latest trend is that developers are planning museums on their own and just giving them to the government.” This has resulted in buildings designed by some of the world’s top architects but with little to no collection inside. “In exchange for obtaining prime developable land, local governments may require that developers incorporate a ‘worldclass’ cultural element.”

What people want to see

Aaen reports that ECA recently conducted a breakdown of the types of museums that were in place at the end of 2014, the last year for which full data were currently available. He said, “41% were history museums, 39% general – meaning they covered a variety of topics – 10% were art, 7% were a specific topic unique to that museum, and 4% were natural science. We will likely see more growth in the art, science and natural science such exemplified by Shanghai Art Palace (former China Pavilion at Expo 2010) and the recent opening of the new Shanghai Natural History Museum.”

AECOM’s Chang estimates that 30-50 large museums open in China each year. “Most of these new museums are art museums because the government still owns a lot of relics,” she said. Moreover, the Chinese people have strong interest in art.

According to Chang, Chinese are more interested in art and cultural displays, especially Asian and European art, than other museum topics. That interest drives Chinese tourism to foreign museums. This is exemplified by two of the top-attended museums in the 2014 TEA/AECOM Museum Index, the National Palace Museum in Tapei, Taiwan and the National Museum of Korea in Seoul, South Korea. In her written analysis within the 2014 TEA/AECOM Museum Index, Linda Cheu, Principal / Vice President at AECOM, attributes museum attendance growth in both countries to the strong Chinese tourism market.

Free admission in the Mainland and Hong Kong

One of the largest markets for Mainland Chinese to visit is Hong Kong, designated as a Special Administrative Region. Hong Kong has recently experienced a number of events that have had a negative effect on incoming tourism. These include an unfavorable exchange rate between the Hong Kong and US dollars, a new restrictive policy for issuing permits to Mainland Chinese for visiting Hong Kong, and a series of high-profile events involving unscrupulous group tour operators that resulted in a death and murder charges. The result has been an overall drop in tourism along with a significant drop in 2015 attendance at Hong Kong theme parks – notably Ocean Park and Hong Kong Disneyland – as well as smaller attractions such as Madame Tussauds Hong Kong.

According to Chang, Hong Kong’s museum scene has largely been unaffected by the drop in tourism. The Regional government Leisure and Cultural Services Department (LCSD) operates 19 museums within Hong Kong. The majority of these are small in scale and narrow in scope, such as the Hong Kong Film Archive and the Lei Cheng Uk Han Tomb Museum.

Of the 19, Chang points out two museums that have a strong history of attracting tourists – the Hong Kong History Museum and the Hong Kong Science Museum. Both are in areas with heavy tourist traffic. Chang adds, “The attendance at these two museums fluctuates depending on what special exhibits they’re showing. When they don’t have one, attendance goes down.” 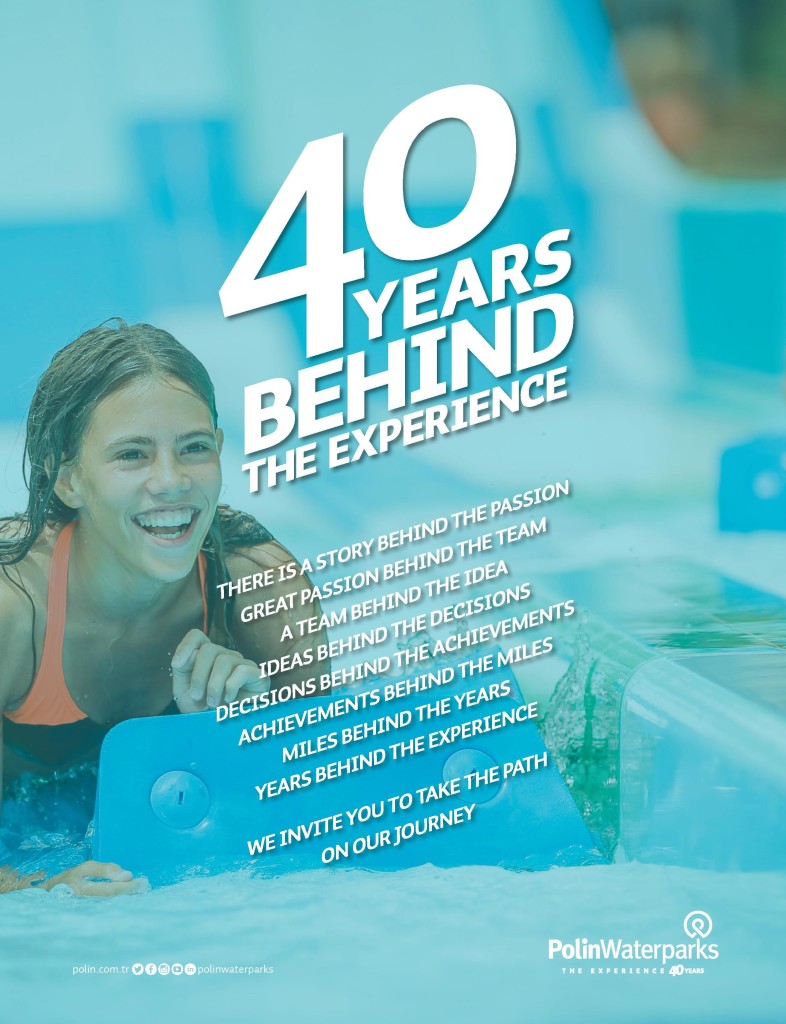 In January 2016, the LCSD experimented with its admission policy and offered free admission for the entire month to all its museums. Chang reports they recorded a 15% to 50% increase in attendance per museum that month. And, she adds, tour operators added the museums to their itineraries in order to take advantage of the free admission.

According to Aaen, “In Mainland China, there is a goal to make all museums that belong to the government admission free. Currently 80% of the country’s museums have achieved that goal.”

In some instances, the resultant jump in attendance has been staggering. In 2008, when the Fujian Provincial Museum switched to free admission, museum officials recorded a jump in daily attendance during peak visitation periods from a few hundred to more than 10,000 per day. In response, the museum ended up curtailing admission at 3,000 each day. In instances such as this, the increase in attendance has been drastic enough to increase operating costs. To offset this, China enacted a rule in 2015 allowing government operated museums to generate revenue for themselves.

According to Chang, what’s taking place in China’s museum sector is unique among Asian nations. With the exception of South Korea and Japan, where museums are funded through a combination of public and private sources, “local governments have to find money for museums. There are only a few remaining Communist countries and museums that tend to make it to market, but the government lacks funds for supporting them Outside of Singapore, there is not much development in Southeast Asia.”

Aaen points out that “China is still doing well compared to other countries. There is a fast development – 150 to 200 new museums per year. “He expects Chinese outbound tourism to increase overseas, from the current 120 million to 200+ million by 2020, which could have a positive effect on museum growth in the Asia Pacific region.

The future – and opportunity

According to Aaen, ECA expects continued growth can be expected in the Asian museum and cultural sectors, but there will likely be a deceleration in the growth rates over the next 5 to 10 years. The current Chinese government target is 5,600 museums by 2020. This will reduce the museum-to-population ratio from its current “one museum per 300,000 residents” to “one museum for every 250,000 residents” by the target year.

Chang postulates that, “in the next five years, as has happened in the past three to four years, older museums will start renovations. The quality will improve. Private museums will continue to pop up, but with new regulations, they may need to change their name to something other than ‘museum’. Coastal provinces will definitely see world-class museums and hardware. But they’ll leave the software to outside professionals.”

According to Chang, as newer, bigger, and better museums come into the market, people’s expectations will change. This could either have a negative effect for smaller museums with older exhibits or facilitate improvements, which could open up opportunities for exhibit designers.

“Chinese museums are waking up,” she says. “In old times, the mission statements started with collections, then research, then education. Because of a new museum regulation, education is now priority number one. Education will push the software. Museums are going to be more audience oriented than just showing collections. This opens up opportunities for designers. This kind of expertise is limited in China. Designers must understand the Chinese audience, how to engage the Chinese audience. The museums need to improve their software, and there’s a huge gap to be filled.” • • •

Joe Kleimanhttp://wwww.themedreality.com
Raised in San Diego on theme parks, zoos, and IMAX films, InPark's Senior Correspondent Joe Kleiman would expand his childhood loves into two decades as a projectionist and theater director within the giant screen industry. In addition to his work in commercial and museum operations, Joe has volunteered his time to animal husbandry at leading facilities in California and Texas and has played a leading management role for a number of performing arts companies. Joe previously served as News Editor and has remained a contributing author to InPark Magazine since 2011. HIs writing has also appeared in Sound & Communications, LF Examiner, Jim Hill Media, The Planetarian, Behind the Thrills, and MiceChat His blog, ThemedReality.com takes an unconventional look at the attractions industry. Follow on twitter @ThemesRenewed Joe lives in Sacramento, California with his wife, dog, and a ghost.
Share
Facebook
Twitter
Linkedin
Email
Print
WhatsApp
Pinterest
ReddIt
Tumblr
Previous articleGo With the Glow
Next articleA Dome for all Seasons