David Willrich will lead the Themed Entertainment Association in 2017 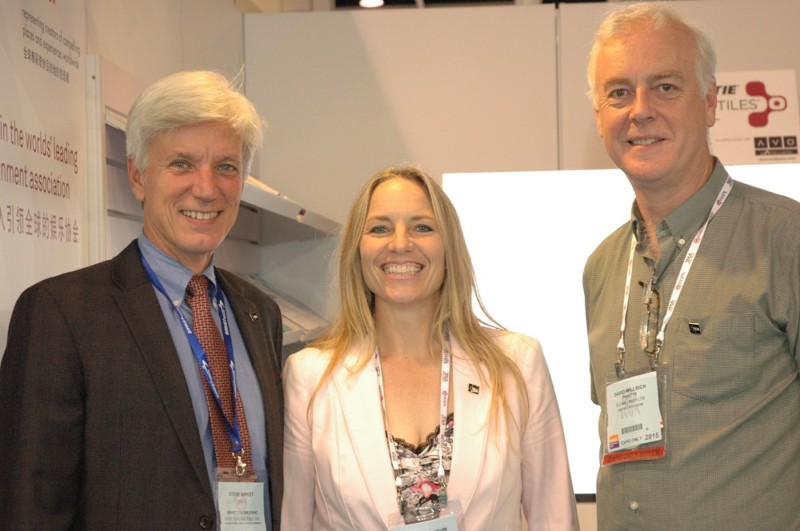 “David Willrich, the new President-Elect of the Themed Entertainment Association is an ideal choice to carry the TEA vision forward,” said TEA International President Steve Birket of Birket Engineering. “David has the international perspective and experience the role needs. He has already made great contributions during his tenure as President of TEA’s Europe & Middle East Division.”

TEA announced that Willrich, Managing Director of DJ Willrich Ltd. was unanimously chosen by the TEA International Board to lead the Association. He will officially take office in November 2016, succeeding Steve Birket, who is completing his second one-year term.

During his time on the TEA EME Board, Willrich introduced the SATE Academy Days, which quickly grew to become one of TEA’s most popular professional development and education programs, with a full calendar in Europe and the US. SATE Academy Days are based on TEA’s methodology of Experience Design: Storytelling + Architecture + Technology = Experience. “The TEA SATE Academy Day program David originated is a tremendous asset that will continue to benefit our organization and the themed entertainment industry,” said Birket.

Willrich, whose business office is in Beaulieu UK, will be the second TEA President based in Europe, and the third from outside the US (Past Presidents Christine Kerr of BaAM Productions and Nick Farmer of Farmer Attraction Development hail from Canada and the UK, respectively). His goals as TEA President include continuing to strengthen the Association’s international reach and influence, especially in Asia where the industry is growing the fastest.

TEA is a nonprofit membership association founded in Burbank, CA in 1991 for the creators of compelling places and experiences in the global attractions industry. Today, TEA serves more than 1,200 member companies with four Divisions spanning North America, Europe & Middle East, and Asia Pacific.

Willrich has served eight years in leadership positions within TEA, first on the TEA EME Division Board, then as TEA EME President, then as a member of the TEA International Board and executive committee. His company provides audiovisual system design and integration for attractions, museums and heritage sites around the world, primarily in Europe, the Middle East and North America. Prominent examples include the National Motor Museum at Beaulieu, Titanic Belfast, Fort Edmonton Capitol Theater, Bletchley Park and the current renovation of the museums at the Jefferson National Expansion Memorial in St. Louis (the Arch).

“I’m lucky to be coming in at a time when the TEA is in the best position it’s ever been,” Willrich said. “TEA is about to celebrate its 25th anniversary and has matured a lot in that time. It’s in very good shape. Most of the things on my list have to do with further refining quality and structure.”

Judith Rubin
Judith Rubin ([email protected]) is a leading journalist, publicist, strategist, blogger, content marketing specialist and connector in the international attractions industry. She excels at writing about all aspects of design and technical design, production and project management. Areas of special interest include AV integration and show control, lighting design and acoustics, specialty cinema, digital video and world’s fairs. Judith has ties to numerous industry organizations. From 2005-2020 she ran communications, publications and social media for the Themed Entertainment Association (TEA). In 2013, she was honored with the TEA Service Award. She was development director of IMERSA, and co-chair of the 2014 IMERSA Summit. She was publicist for the Large Format Cinema Association in the 1990s, now part of the Giant Screen Cinema Association (GSCA) and has also contributed to the publications of PLASA, IAAPA and the International Planetarium Society. Already making her mark as a magazine and book editor, Judith joined World’s Fair magazine in 1987, which introduced her to the attractions industry. Launching as a freelancer in the mid 1990s she has contributed to dozens of publications and media outlets including Funworld, Lighting&Sound America, Sound & Communications, Urban Land, The Raconteur and The Planetarian. She joined InPark in 2010. Judith earned a Bachelor of Fine Arts from Pratt Institute. She has lived in New York City and the San Francisco Bay Area, and now makes her home in Saint Louis, where she is active in the local arts and theater community.
Share
Facebook
Twitter
Linkedin
Email
Print
WhatsApp
Pinterest
ReddIt
Tumblr
Previous articlePrinting for Profit (DNP)
Next articleThe New Realities