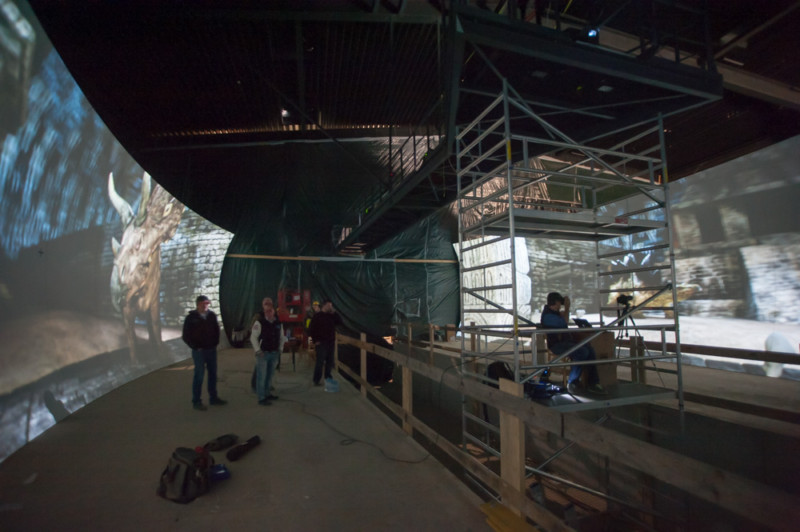 “The Lost Temple” took slightly less than a year from concept to completion. How did digital tools help streamline its production?

We used digital pre-visualization instead of building a physical mockup, which saved both time and money. The client and all the creatives were able to experience the ride in development by viewing it in 360 on Oculus Rift headsets. Super 78 developed software along with the help of David Sliviak from Riva Digital to create a virtual mockup that was extraordinarily accurate and incorporated all the CAD designs for the building.

What is the technical configuration for the motion simulation? 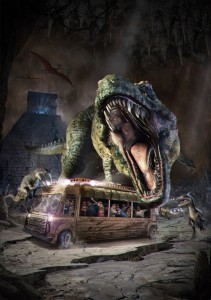 How did the installation process go?

“The Lost Temple” Creative Director Brent Young developed the attraction’s storyboards, oversaw the media production, and harnessed Super 78 to provide technical solutions for the ride’s complex projection scheme. Young said, “The Lost Temple illustrates perfectly that exceptional creative and media paired with bold leadership, like Wouter Dekkers of Movie Park Germany, can produce an ‘E-ticket’ attraction that regional parks can afford. That’s what we want to deliver to parks everywhere.”

Super 78 contributed significant technological innovation to the pre-viz process with their new Mushroom™ attraction development tools. Using the Oculus Rift VR headset and proprietary software developed by Super 78, Mushroom virtually transports the viewer into a fully developed 3D space. They can then move through the space and experience every detail, including projected media, in realtime.

The Lost Temple’s projected 3D imagery is displayed on an enormous, curved screen that wraps almost completely around the ride vehicles. Normally, the only way to check the stereo, scale and perspective for every rider position would be to build a full-size mock-up, at huge expense in time and cost. “With Mushroom, we saved a significant amount of time and money by virtually putting everyone into The Lost Temple theater, allowing them to sit in any seat, in any row, and accurately experience the attraction from start to finish,” as Michael “Oz” Smith, Super 78’s Technical Director explained. “No matter where they were, anywhere in the world, every stakeholder could ride The Lost Temple before any construction began.”

Dina Benadon, Super 78’s CEO, added, “We are thrilled that the promise of virtual reality is finally being realized and that Mushroom is at the forefront of this revolution in the themed entertainment industry. We look forward to sharing Mushroom with all our clients. And wait until Oculus releases its consumer product; we have some big things planned!”