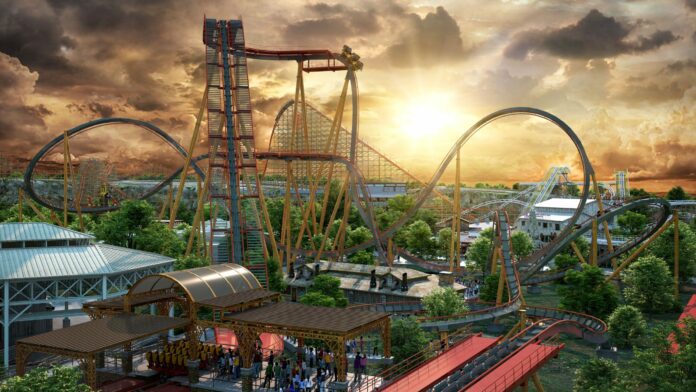 As guests enter the ride queue, they will learn about the story of Dr. Diabolical and her evil quest to create menacing creatures to frighten the world. To give her creations life, Dr. Diabolical constructed a machine to capture the essence of human adrenaline and fear. Dr. Diabolical’s Cliffhanger features three 21-passenger trains that keep the adrenaline flowing as riders reach a height of 15 stories, then pause face-first before diving at 60 mph and flying through a variety of high-thrill experiences.

Dr. Diabolical’s Cliffhanger was announced during the FT92 Fan Event and will debut in the summer of 2022 during the park’s 30th Anniversary season. It will be located in the Crackaxle Canyon Screampunk District.