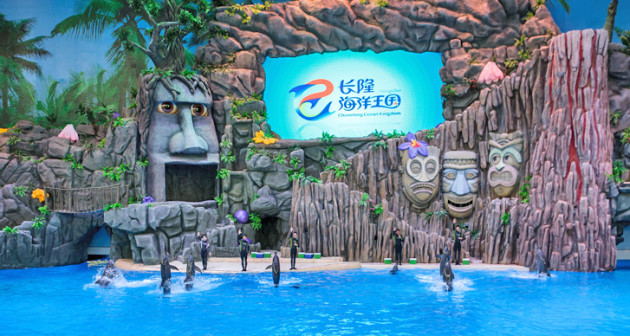 One of the companies featured in the article is The Producers Group (TPG). Company co-CEOs Bob Chambers and Edward Marks have been active in Asia for the past 11 years, with an impressive portfolio of successful projects, many of which opened over the past five years, and several more set to open in the next two years, including high-profile properties in Shanghai and Beijing.

TPG expanded significantly in the first quarter of 2015, with a new office in Shanghai, and a new, bigger location in Los Angeles. This is in addition to TPG’s existing office in Beijing where regional director Patrick Zhou Li is headquartered. “If you’re going to work in China, you have to be in China,” says Marks. The new Shanghai office, in the prestigious Jing’An district on the Puxi side of town, is headed by Brian Paiva, a business development powerhouse newly on board with TPG after several years as a senior executive with FUNA International.

Why are Southern California theme park companies and Asian entertainment developers such a good match? Paiva explains that, “the theme park industry in the US has led the way since Disneyland opened in the 1950s. Western expertise and experience complement Eastern resources. The Chinese are already well equipped to manufacture. But we bring them skillsets in planning, production, scheduling, budgeting, creative, project management, IP development, operational services, and safety consulting.”

Marks stresses that TPG is not a design firm and points to the company’s middle name as key to their success. They’re producers. They get things done. What has served the company well in Asia are the ability to take on unique, one-off projects, often of massive scale, and to realistically address the broad scope of work – including budget, schedule, installation and construction as well as creative and design. “We don’t sell the idea of projects, we sell completed projects – real, finished, done projects – projects that open and operate successfully, projects whose owners are happy and satisfied.”

“Turning big visions into reality is exactly what we’re good at,” Chambers adds. “We’ve been doing it for almost a dozen years now in Asia, and our clients include major operators such as Disney, SeaWorld, Universal and 20th Century Fox.”

In addition to the producer’s perspective and a track record, TPG has made sure to have specific, local resources in Asia to serve their Asian clientele. 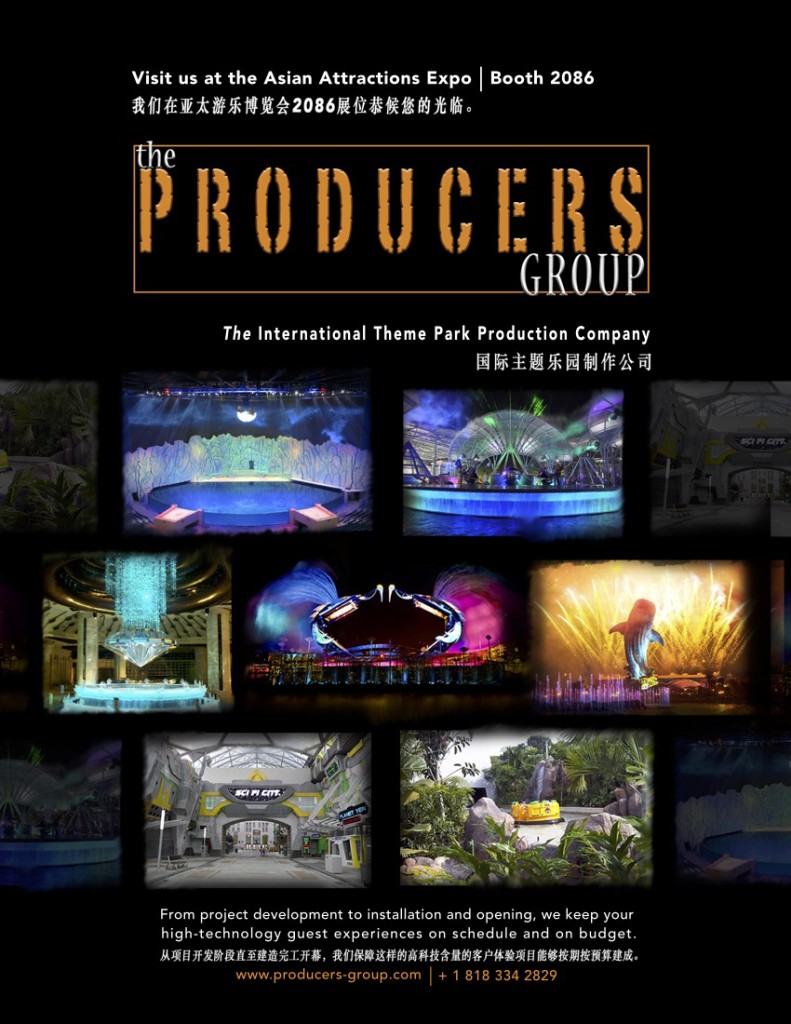 “TPG embraces local resources and local talent,” says Brian Paiva. “I haven’t seen anybody else do it to the extent that they do. They do their best to source everything locally, starting in that town or that city and if need be, extending out to that province or that region. They’ll go to a vendor and train them to help learn the needed processes – and everybody wins then, because local vendors now have skills and products and services they didn’t have before, jobs are created and it has a ripple effect on the local economy. Developers appreciate that.”

Paiva’s experience developing business in Asia for a variety of entertainment companies goes back to the 1980s and ‘90s rush of building, theme park development and world expos in Japan. He moved on to help develop entertainment and retail projects in South Korea, the Philippines, Malaysia, Indonesia, China and Thailand.

Says Chambers: “Certain team members need to be on the ground for the sake of responsiveness to clients: timely turnaround, efficient communications. It’s the right, respectful way to do it.”

Marks adds: The project needs to be supported from where the project is – from vendors to staff to warranty and maintenance.  We take this seriously.”

“Localizing members of the team and vendors is the best way to establish a long term working relationship with a Chinese client,” says Zhou Li, who has been with the company three years.

Success in China also calls for teamwork and understanding. “TPG works to bridge the gap between East and West,” says Zhou Li. “The foreign team provides consultancy and creative ideas and plays a lead role in quality control and management, while the Chinese team provides coherence and support in accordance with local requirements. Trust is the foundation. “One of the big reasons TPG is successful in Asia is their awareness of culture differences, and that goes a long way toward avoiding conflicts and promoting good understanding.”

“There are challenges in entering any new market: cultural, regulatory, logistical,” says Paiva. “You must do your homework, become well informed, and be committed to the long term.”

Joe Kleimanhttp://wwww.themedreality.com
Raised in San Diego on theme parks, zoos, and IMAX films, InPark's Senior Correspondent Joe Kleiman would expand his childhood loves into two decades as a projectionist and theater director within the giant screen industry. In addition to his work in commercial and museum operations, Joe has volunteered his time to animal husbandry at leading facilities in California and Texas and has played a leading management role for a number of performing arts companies. Joe previously served as News Editor and has remained a contributing author to InPark Magazine since 2011. HIs writing has also appeared in Sound & Communications, LF Examiner, Jim Hill Media, The Planetarian, Behind the Thrills, and MiceChat His blog, ThemedReality.com takes an unconventional look at the attractions industry. Follow on twitter @ThemesRenewed Joe lives in Sacramento, California with his wife, dog, and a ghost.
Share
Facebook
Twitter
Linkedin
Email
Print
WhatsApp
Pinterest
ReddIt
Tumblr
Previous articleGo “Glocal” On Your Next Project
Next articleIssue #57 Editorials