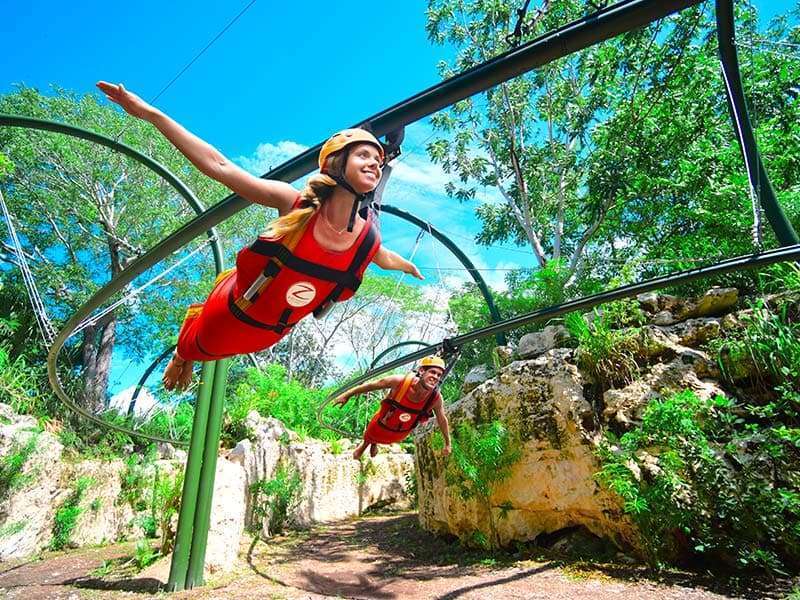 Eco-tourism has provided decades of success and expansion for Experiencias Xcaret Group, culminating in their latest sensory-based park

In 1986, when Mexican architect Miguel Quintana Pali purchased 12 acres of property south of Playa del Carmen in Quintana Roo, Mexico, his initial plan was to create an oceanside retreat for his family. While clearing the land, however, he discovered the site was full of cenotes (large sinkholes) and underground rivers, and the land was likely once inhabited by Mayans, the region’s native population from over 2000 years ago.

He felt the location was special enough to be turned into a destination attraction and partnered with the Constandse brothers (Oscar, Marcos and Carlos) to help develop the property into a public attraction.

In December of 1990 the group opened Xcaret (meaning “little inlet”) park.  The park combines a heavily modified natural landscape with local customs and art influenced by both Mayan and modern day Mexican traditions.

The company has since grown to become Experiencias Xcaret Group and is a major force in the Riviera Maya tourism market. The company now operates a variety of parks and experiences:

Xel ha – The company acquired this natural park in 1995 that features all-inclusive service, snorkeling and water activities. In 2017, the park added a lighthousethemed waterslide tower.

Xichen – Starting in 2010, the group started offering tours to archeological and cultural sites in the Yucatan. In 2013, they added a tour devoted to visiting regional cenotes.

Xoximilco – In 2013, Xoximilco opened as a tribute to the traditional Xochimilco of Mexico City. Guests board colorful themed boats and cruise through canals while enjoying Mexican cuisine, free drinks and live music.

Xenses – The latest addition to the parks is Xenses, which offers more than 17 different activities that challenge the power of the senses and the mind.

The newest park to be built, Xenses, combines the essential elements of the Xcaret, Xel Ha and Xplor parks, but adds an additional element of curiosity and learning, while fully integrating the experience with a camera “selfie” system.

The park contains two main experience journeys and a smattering of individual optical illusion curiosities. The first path takes guests past a large symbolic heart and into a town street, constructed to give the illusion of walking uphill, when in fact the grade is slightly downhill. While many attractions have built this sort of illusion before, this is done on a massive scale and results in a great deal of playful disorientation for the guest.

Beyond the town, a circuit allows guests the opportunity to ride a waterslide into a cavern, fly like a bird on a zipcoaster, float through a mineral-enriched underground river, take a mud bath, and clean off in an subterranean rain shower.

The second circuit takes guests through more optical illusions and to the Sensorium – a walk-through experience. Parties are separated and individuals enter a building completely dark. Inside, guests walk forward in a straight line, using their hands to feel the environment around them. Sounds, temperatures, textures and water are used to create a variety of climate zones. After emerging back into the light, guests walk through a series of scenic caves, cenotes and waterfalls.

Integrated into the whole experience is a photo system designed to take the best “selfie” photos a guest could want. Each guest is issued a RFID wristband and can choose to activate cameras by waving the band at a contact point. Other cameras are hidden and, sensing the wristband, take photos unexpectedly. Viewing stations around the park allow guests to see their photos, and their entire gallery of digital pictures is available for purchase.

While the park is designed around experiences to stimulate one’s senses, the actual focus often seems to revolve around photo-ops that engage nearly all five senses. In total, it’s a fun park that provides an interesting half-day experience for guests. 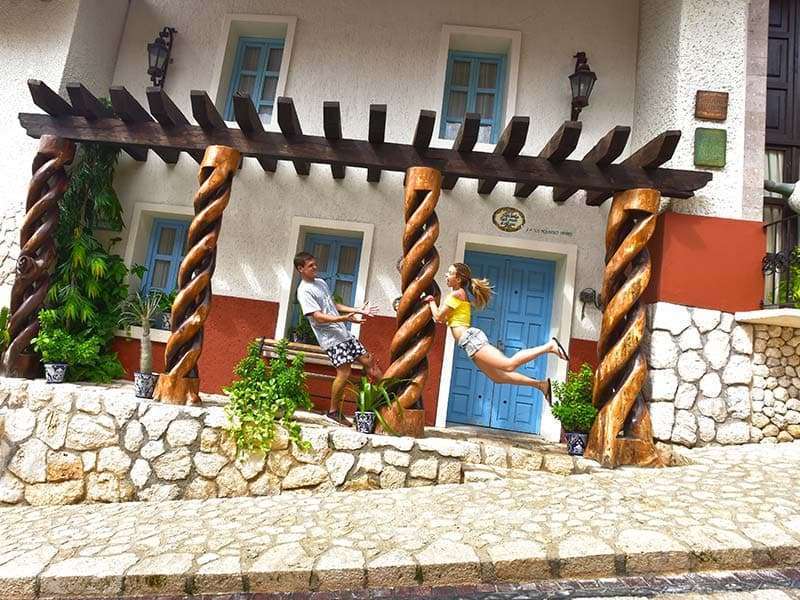 The future of Xcaret

In late 2017, the group opened its first resort hotel, the Hotel Xcaret Mexico. The luxury resort is the group’s first
foray into lodging. In addition to typical resort amenities, guests are given unlimited access to all of the Experiencias Xcaret Group properties and tours during their stay.

Recent announcements from the company include the expansion of an additional 12 hotels, a convention center, shopping plaza and a 12,000-seat stadium. The expansion is part of a $2 billion investment scheduled for a phased 8-year process. In the immediate future, the company plans to open a new park closer to Cancun later in 2018 and is adding a new attraction to the Xplor park. “Soon [we will publicize] the details of both projects, but they are totally different and will allow us to offer diversified options to the visitors who arrive at the destination,” said Vice President Carlos Constandse Madrazo.

The aggressive expansion plans and the company’s dominance in the regional tourism market are indicative of the company’s success and the staying power of the eco-tourism concept. The group reported over 3 million visitors in 2017 and is expecting 3.5 million over the coming year – not too shabby for a budding megadestination resort started less than 30 years ago on 12 acres of forested land. • • •

Joe Kleimanhttp://wwww.themedreality.com
Raised in San Diego on theme parks, zoos, and IMAX films, InPark's Senior Correspondent Joe Kleiman would expand his childhood loves into two decades as a projectionist and theater director within the giant screen industry. In addition to his work in commercial and museum operations, Joe has volunteered his time to animal husbandry at leading facilities in California and Texas and has played a leading management role for a number of performing arts companies. Joe previously served as News Editor and has remained a contributing author to InPark Magazine since 2011. HIs writing has also appeared in Sound & Communications, LF Examiner, Jim Hill Media, The Planetarian, Behind the Thrills, and MiceChat His blog, ThemedReality.com takes an unconventional look at the attractions industry. Follow on twitter @ThemesRenewed Joe lives in Sacramento, California with his wife, dog, and a ghost.
Share
Facebook
Twitter
Linkedin
Email
Print
WhatsApp
Pinterest
ReddIt
Tumblr
Previous articleCreative Concepts from Japan and Mexico Go Live on Burj Khalifa’s New LED Facade
Next articleBIE Undertakes Enquiry Mission to Ekaterinburg as Part of Expo 2025 Bid