From floats to starships: Rando Productions 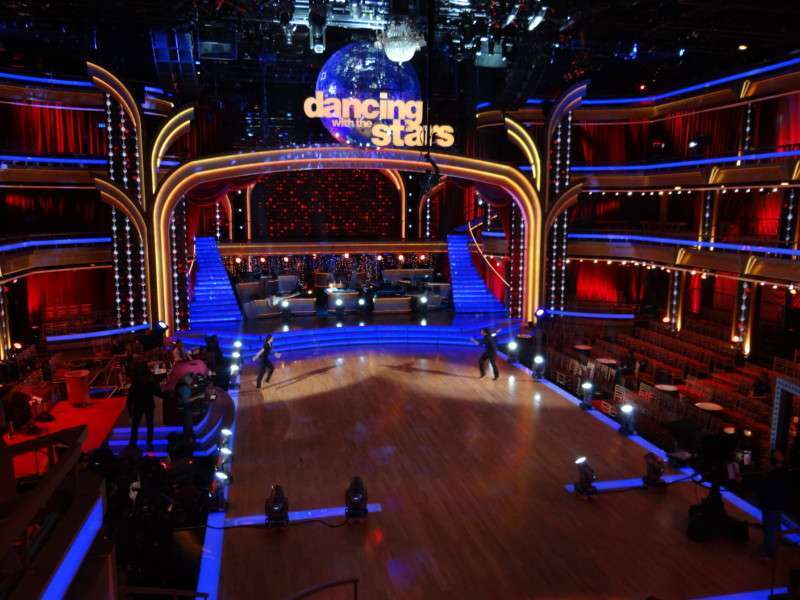 Rando Productions and the action behind show action

It’s a brisk evening at Disneyland the day after Thanksgiving 2016. I’m watching the Paint the Night Parade and chatting with the family next to me. We fall silent when the next float begins to round the corner. It’s colossal: a giant semi-truck from the Disney-Pixar film “Cars,” with a full-sized trailer hauling a load of magical, pulsating light. The youngest child in the family looks in bewildered amazement as it passes us by, saying, “Whoa! How’d they do that?” His father, a mechanical engineer, responds with a grin, “I wish I knew. I’m going to try to find out.”

In the 1980s, that same type of determined curiosity spurred a young Joe Rando, a decorator on Rose Parade floats working toward a degree in electronics, to look beneath the decorations and discover a whole new world to explore – one where design and mechanism combined
to execute maneuvers, animation, and movement – what is known in the themed entertainment industry as show action equipment.

Founding Rando Productions in 1995, he launched into a wide range of projects – including more parade floats for more clients, including Disney. In fact, his company is on an official credits list for the Paint the Night parade. Paint the Night was honored by the Themed Entertainment Association in 2016 with a Thea Award for Outstanding Achievement.

In 2017, Rando’s name appeared on another official credits list – this time for having worked on the recently opened – and Thea Award honored – Pirates of the Caribbean: Battle for the Sunken Treasure at Shanghai Disneyland.

Dancing with the stairs

Rando’s list of theme park clients also includes Universal Studios, Six Flags and others. Chances are, even if you have never heard of Joe Rando or Rando Productions, you have seen their work in theme parks, museums, trade shows, concerts, or television – in locations around the world. They are masters of the moving set, engaging pneumatic, hydraulic, or electromechanical mechanisms as needed.

Before blue screen and digital projection became commonplace, Rando was creating hydraulic turntables for car ads on TV. As he told The Fabricator magazine in 2014, “Back then it wasn’t a digital world. It was all done in camera, and we were still building a lot of the largescale effects.”

“The staircase that they designed for ‘Dancing with the Stars’ was amazing,” says industry veteran Rosalie Kessing, an expert in fabrication and special effects who ran marketing and business development at Rando Productions for many years. “It’s a big staircase at one end of the set that then splits into two. It was all done with hydraulics and was very complex.”

The company’s experience with automation also made Rando Productions a go-to supplier for such television shows as “American Idol” and “X-Factor,” and stood the company in good stead in other areas of specialized production such as museum exhibits and show action equipment.

Lending a hand, supplying a door

When Hero Ventures produced and operated the first iteration of The Marvel Experience (a new edition of the project was recently announced) Rando and its facility were part of the elite production team that made it happen. This self-contained traveling exhibit, housed under a series of domes, allowed guests the experience of being an agent of Marvel Comics’ elite S.H.I.E.L.D. law enforcement team. Set pieces for the attraction were done in-house by former fabrication house Lexington. The sets were then shipped to Rando Productions’ shop in North Hollywood, California for extensive media integration by Electrosonic.

Rando’s sizable facilities encompass a 30,000-square-foot main shop, a 65,000-square-foot secondary facility, and a 60,000-square-foot outdoor area for mockups. Floors are kept clear of hoses and wires used in assembly, all of which can be accessed from the ceiling via truss.

“Joe Rando is one of the pillars of our industry, and I’ve had the pleasure of working with him on many projects,” said George Wiktor, a well-known figure in themed entertainment design and production who produced Marvel Experience. “During the Marvel Experience setup, I was able to meet some of his crew and experience the capabilities of his shop. I found them to be as exemplary as Joe.”

Rando created a key suspense-and-rescue effect for the Marvel Experience. At one point during the journey, there is a simulated door malfunction. The door opens and closes sporadically, prohibiting guests from progressing on their tour. The Marvel character, The Hulk is seen on a monitor where he approaches the door via animation, finally appearing before the assembled guests. His hand appears around the door – Rando’s prop – and he dramatically pulls it open.

Marvel Experience was not the first Rando Productions project to involve IP, and it’s far from the last, as the company is currently involved in more than one major theme park project based on a blockbuster film. Unfortunately, at this writing, contractual requirements prohibit disclosing more about them – but rest assured, you will likely be experiencing one or more of these projects soon.

Show action equipment is often a key component within multimedia environments designed to make a filmmaker’s creations appear to move in three-dimensional space. One prominent example Rando contributed to is Star Trek: The Tour, a 40,000-square-foot, traveling exhibition marking Star Trek’s 40th anniversary in 2007. In the Tour’s Encounter Theater, with mechanical and atmospheric effects designed and built by Rando Productions, guests stood in a theater in the round, with projection screens surrounding them. They watched as a flat panel rose from the floor, “projecting” a hologram (actually, a hanging and rotating model) of a starship. Upon an attack from the Klingons, the flat panel reconfigured into a rotating tetrahedron, with screens on each of its eight sides in perfect sync with the exterior screens.

Another example is the show “Ghosts of the Library” at the Abraham Lincoln Presidential Library and Museum in Springfield, IL (this institution was honored with a Thea Award in 2005) a librarian meets the ghost of Abraham Lincoln and the two discuss artifacts in the museum’s collection, as those items come magically to life. The show uses a proprietary technology from producer BRC Imagination Arts called Holavision, a modern variant of the Pepper’s Ghost technique of projecting into 3D space. In order to create a sense of depth within the large stage area, BRC employed Rando Productions to devise and construct a series of large automated screens that could move in conjunction with the ghostly action on stage.

In addition to mechanical effects, Rando Productions also creates atmospheric effects that have featured in a number of leading attractions and exhibits, including “Harry Potter: The Exhibition” (created by GES), “Beyond All Boundaries,” a multimedia show produced for the National WWII Museum in New Orleans by The Hettema Group and executive-directed by Tom Hanks (and a 2011 Thea Award recipient) as well as flame effects on a lagoon for PortAventura, near Barcelona.

To the team at Rando Productions, anything’s possible and they relish goals that are a challenge. According to Rosalie Kessing, “When the California Science Center in Los Angeles was awarded the Endeavor space shuttle, Joe and his team created prototypes for interactive exhibits about aerospace for the new pavilion. The goal was to make the exhibits appear as if they defied physics.”

As Kessing says, “Joe cares about his employees and he cares a lot about the industry, and it shows – because they love that their clients are always pleased with the final product, completed in a timely and professional manner.” It all goes back to those days of working on the Rose Parade floats and the curiosity of finding out how things work. It’s a curiosity that still exists with Joe Rando and his team at Rando Productions. And it’s why they attempt to create things never seen before and then strive to make them even better. •

Joe Kleimanhttp://wwww.themedreality.com
Raised in San Diego on theme parks, zoos, and IMAX films, InPark's Senior Correspondent Joe Kleiman would expand his childhood loves into two decades as a projectionist and theater director within the giant screen industry. In addition to his work in commercial and museum operations, Joe has volunteered his time to animal husbandry at leading facilities in California and Texas and has played a leading management role for a number of performing arts companies. Joe previously served as News Editor and has remained a contributing author to InPark Magazine since 2011. HIs writing has also appeared in Sound & Communications, LF Examiner, Jim Hill Media, The Planetarian, Behind the Thrills, and MiceChat His blog, ThemedReality.com takes an unconventional look at the attractions industry. Follow on twitter @ThemesRenewed Joe lives in Sacramento, California with his wife, dog, and a ghost.
Share
Facebook
Twitter
Linkedin
Email
Print
WhatsApp
Pinterest
ReddIt
Tumblr
Previous article
Super 78 turns twenty
Next article
Truly, virtually, Birdly