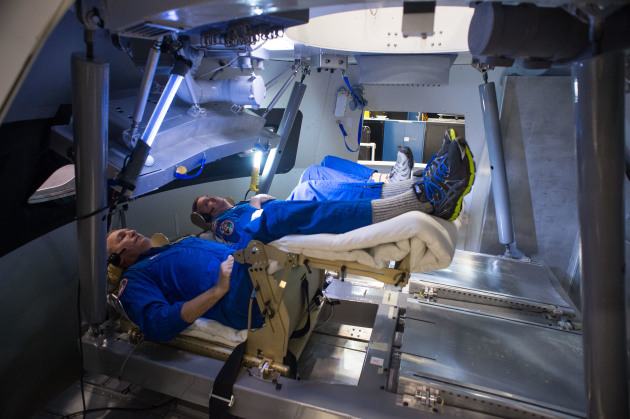 Evanston, IL, USA — K2 Communications and Giant Screen Films are proud to unveil the theatrical trailer and poster for Journey to Space, launching worldwide in February 2015. 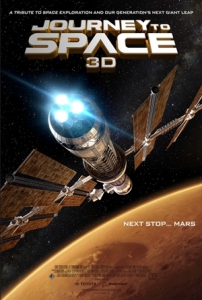 Journey to Space is a celebration of space exploration, a tribute to international cooperation in space research and a vision toward our near-term future beyond Earth’s orbit – a manned mission to Mars within a generation.  The film is a capstone space film, building on the groundbreaking and seminal giant screen space productions of the past 30 years—films that are themselves a part of our proud history in space, beautifully and inspiringly chronicling the space shuttle orbiter program, MIR, the International Space Station and the Hubble telescope.  Journey to Space recognizes these accolades in the context of our future in space, what we’ve learned, and how to apply this knowledge to deep space missions.  The film takes audiences on a behind-the-scenes tour of the international effort to send astronauts to Mars within the next 20 years, culminating in a virtual voyage to the Red Planet.  Dazzling and meticulous computer imagery from Frima Studios depicts the Orion spacecraft, habitats, landers, vehicles and rockets necessary to achieve interplanetary travel, touchdown and colonization.

The film has already received notable press coverage in conjunction with NASA’s successful Orion test launch in early December.  Numerous online news publications ran a story on the Journey to Space production and timeliness of the topic, reaching over 60 million readers.

“I believe that Journey to Space will be a surefire hit in the museum cinema market, given the enthusiasm by theaters that have seen the film and the historic excitement for space topics in this medium.  We’re tracking for a launch at well over 50 theaters in its first year of release,” said Don Kempf, President of Giant Screen Films and producer of Journey.  “Recent films like Interstellar and Gravity have really rejuvenated interest in hard science fiction at museum theaters.   Journey to Space taps into the same human fervor and fascination that makes science fiction so popular, our unquenchable drive to explore and discover what lies beyond.  This film, though, is not fiction.  Mars is the next step in what will be an unending human odyssey to explore the cosmos.  Journey to Space is about the next chapter.”

Bob Kresser, CEO of K2 Communications and executive producer of the film, agrees:  “Our grandparents and parents defined a moonshot – and the resulting Apollo program was a magnificent accomplishment for science and humankind. For the past generation, the space shuttle and space station programs have provided the technology and know-how to take the next great leap into space.  The next moonshot, the moonshot for today’s young astronauts, is to touch the face the Mars!  We set out to produce a film that inspires kids today, that instills an appreciation for the magnitude of our space ventures from years past in the context of what their generation is poised to accomplish.  We are passing the baton.  We are going to Mars!”

Journey to Space, presented by Toyota and Boeing, is an immersive 2D and 3D film produced by K2 Communications and Giant Screen Films.  It is directed by large-format veteran Mark Krenzien.  Additional production support and consultation was provided by The Smithsonian Institute, The Kennedy Space Center, the California Science Center and NASA.  The Educator Guide was produced in partnership with the California Science Center.

Joe Kleimanhttp://www.themedreality.com
Raised in San Diego on theme parks, zoos, and IMAX films, Joe Kleiman would expand his childhood loves into two decades as a projectionist and theater director within the giant screen industry. In addition to his work in commercial and museum operations, Joe has volunteered his time to animal husbandry at leading facilities in California and Texas and has played a leading management role for a number of performing arts companies. Joe has been News Editor and contributing author to InPark Magazine since 2011. HIs writing has also appeared in Sound & Communications, LF Examiner, Jim Hill Media, and MiceChat. His blog, ThemedReality.com takes an unconventional look at the attractions industry. Follow on twitter @themedreality Joe lives in Sacramento, California with his fiancé, two dogs, and a ghost.
Share
Facebook
Twitter
Linkedin
Email
Print
WhatsApp
Pinterest
ReddIt
Tumblr
Previous articleElectrosonic Brings New Configuration and Systems to ShowDome at Our Dynamic Earth
Next articleGSCA Announces 2015 Officers and Chairs