Jeri in the Sky with Diamonds: Jeri Panek’s lifetime of achievement 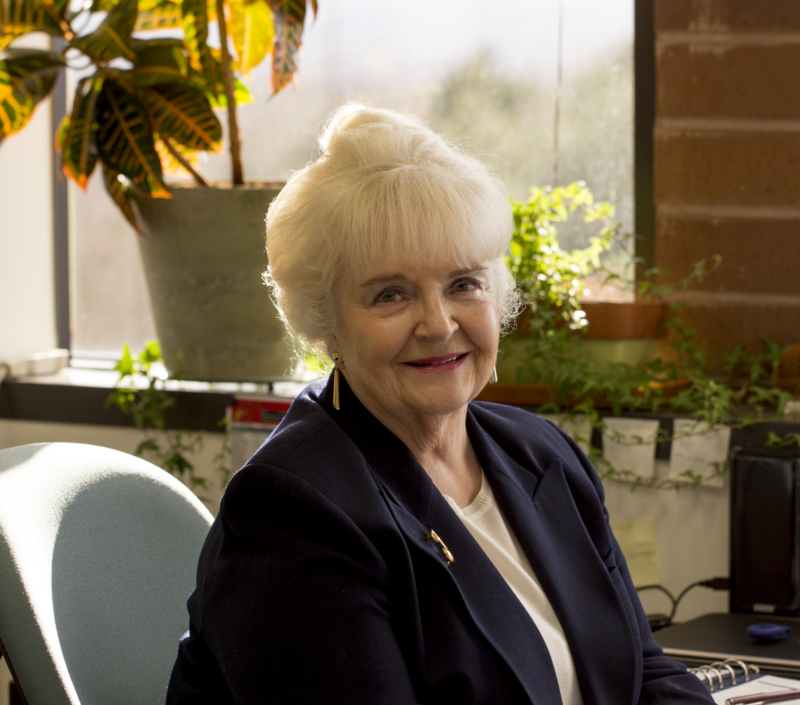 “Queen of Digistar”Jeri Panek was singled out for lifetime honors at IMERSA Summit 2014 in Denver, March 6-9. She is well known in the planetarium community in her role as director of sales at Evans & Sutherland, which company she joined in 1980. She earned her nicknames – “Mother Digistar,” “Queen of Digistar,” “DigiMom” – in the course of a stellar career (pun intended).

Jeri’s estimable sales record must be credited for introducing and popularizing the digital planetarium, and putting in place a vast part of today’s fulldome theater network. But what about the development of computer graphics technology and the personal computer culture? Jeri Panek was on the scene for those, too. 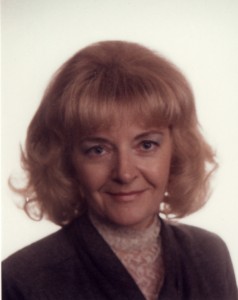 After attending the University of Utah in the 1960s and studying public relations and computer science, Jeri Panek was hired at Univac (now Unisys) in a PR position. Then the University of Utah Computer Science Dept. came calling. “At the time, this was one of the premier places in the world for computer graphics research,” she recalls. “Robert Taylor called me in for an interview, as one of very few people then familiar with both computers and PR.” (Taylor was a leader in the early research and development of the personal computer and the Internet, and then the head of ARPA research at the University of Utah – ARPA was a government agency connected to the US Department of Defense.) Although, says Panek, she “wasn’t looking for a new job,” Taylor said, “‘Pretend you’re twins. You meet again in five years. Which one will be further ahead and will it matter?’”

Panek thought it over.  “As long as I’m working, it matters,” she decided, and accepted the new position as Director of Communications in the Computer Science Department. Her responsibilities included acting as liaison between the department and ARPA, which was sponsoring advanced computer graphics research at the university. Jeri helped students improve the writing in their theses and dissertations, which were published as technical reports, shared with the government, and distributed to other universities. Other projects that Panek recalls the department being involved with included helping develop the first artificial heart implant and artificial heart valves, and restoring historic recordings of the famous opera tenor, Caruso. 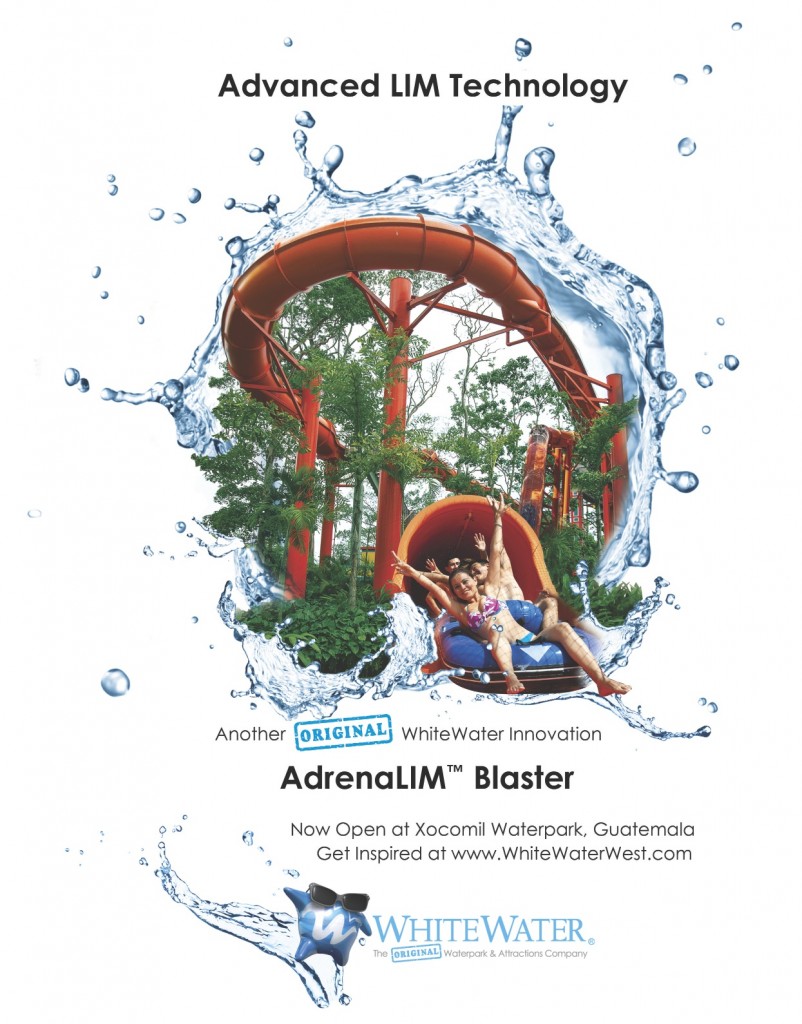 She stayed with the university for about 5 years, during which time she continued to study. She took classes in writing and management, and in computer science. She studied programming with a young Alan Kay (a personal computing pioneer known for the Dynabook concept). She made an impression on Dr. David Evans, who chaired the department, and Dr. Ivan Sutherland, who worked with grad students on 3D algorithms and graphical user interfaces. “The very first 3D doctorate was on a 3D modeling program called Sketchpad. Ivan’s work at M.I.T. Sketchpad was the first human/computer interface that used a light pen to interact with graphics on a computer screen. Because of this breakthrough, Ivan came to be known as the father of computer graphics.”

She interacted with research students who became industry leaders, including Kay, Edwin Catmull (co-founder of Pixar), Jim Clark (founder of Silicon Graphics)  Alan Ashton (co-founder of WordPerfect) and Nolan Bushnell (co-founder of Atari). “I started to see a career picture for myself.” She served on a national committee for SIGGRAPH, which was where she met Gordon Smith, then VP of Singer Business Machines.

In the early 1970s, she returned to Univac for a few years. Opportunity came calling once again, in the form of the PR department at Singer. “The call came from New York. ‘Did I want to work in Europe?’ Gordon Smith was the connection.” She became director of software distribution, living in Brussels for two and a half years with her son. When the company was sold and headquartered in the UK, Jeri elected to return to the US and took a job with Beehive International, where she remained 4 years.

Then she got the call from Evans & Sutherland that would settle her career. It was 1980; Drs. Evans & Sutherland had founded the company in 1968. They had a new product for planetariums and thought she’d be good at selling it. The company was still serving the military, but “it wasn’t their first non-military product. They had done training simulations for civil aviation, for ships, CAD products and apps for newspaper printing.”

The new digital planetarium was the brainchild of Steve McAllister and Brent Watson. “They were both astronomy enthusiasts. They reasoned that if you could simulate objects on Earth, why not objects in the sky?” They created a starter prototype on their own time. “‘Make it better and I’ll finance a real prototype,’” said Dr. Evans, according to Panek, which led to “‘Get one order and we’ll make it into a product.’ That’s when John Chatterly from the sales department hired me.”

Panek found someone willing to take a chance on being the first proud owner of a Digistar system: the Science Museum of Virginia, in Richmond (SMV) – at the time headed by Dr. Paul Knappenberger. The deal was inked in 1980 and the flagship installation followed in 1983, by which time 4 more systems had been sold. When the Virginia system opened, “The motion was a little rough, the stars were too big and it needed to be brighter,” says Panek. “But people loved it. We later upgraded SMV at no charge, and it went on from there.” Dr. Knappenberger continued his early-adopter ways throughout his career, including purchasing the first E&S StarRider for the Adler Planetarium in the late 1990s. SMV in its turn recently selected a new Digistar 5 that will be opening in March 2014.

Digistar didn’t fully exist at the time Panek was first marketing it. “Most planetariums didn’t even have a computer,” she reminds us. She depended on slide presentations in her sales calls.

Digistar technology was used for the starfield and graphical displays for the feature film, Star Trek II: The Wrath of Khan, and Jeri Panek’s name is listed in the credits.  A bit of never-before disclosed trivia about the making of the film: Paramount was adamant that no logos or identifying marks be used in the display monitors in the movie. Steve McAllister wrote the word SNAVE on one of the display screens, which is “EVANS” spelled backwards.

Improvements in the technology were starting to bring full color video simulations within reach of non-military budgets. One promising, early manifestation was Virtual Adventures, jointly developed by E&S and Iwerks Entertainment (now SimEx-Iwerks) for museums. It combined E&S real-time image generation with a multi-user motion vehicle and animated content in an underwater scenario. “Virtual Adventures was ahead of its time,” says Panek. “But computers were becoming smaller and faster and we started to port that over to the planetarium industry.”

StarRider was the first time E&S was able to offer full-color video to its planetarium customers, along with the ability to program in-house, empowering the digital planetarium to dramatically broaden its content capability beyond starfields. This is when the term “fulldome” started to be used. Now, fulldome has become the planetarium industry norm, and digital dome cinema has gained attention and some implementation from other sectors including theme parks and spas. E&S competes on an international playing field with several other providers, all of whom continue to advance and improve the medium. At the high end, the first 8K systems have appeared over the last few years, including the Digistar 5.

Panek underscores the importance of the team concept, and communications. “The members of a good team listen to each other, and solve problems together. That’s how to keep a sense of what’s available, possible and practical. That’s how you look down the road to stay ahead of the competition, and on the cutting edge of development.”

She started a newsletter for Digistar customers and helped establish the first Digistar Users Group (DUG) in the mid-80s. “At the end of the day, the best software and hardware comes from listening to our customers.” • • •