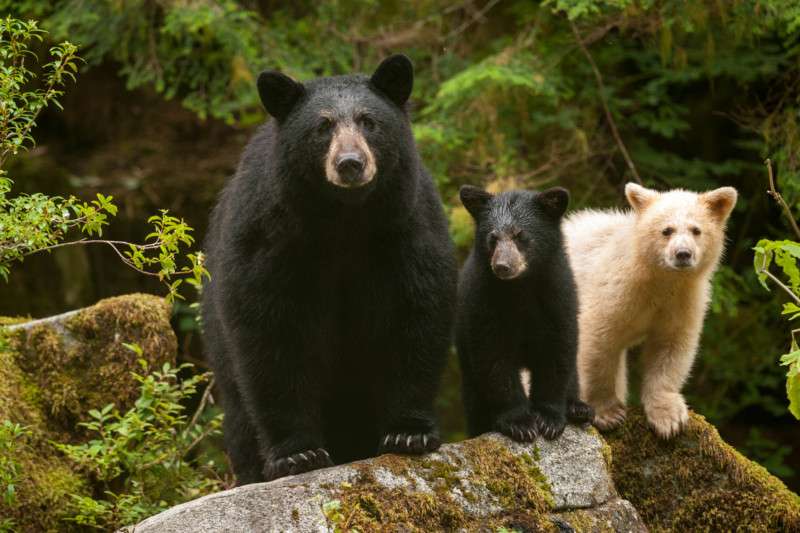 Byron Horner, Executive Producer and President of Spirit Bear Entertainment and distributor MacGillivray Freeman Films announced today that Canadian actor Ryan Reynolds has signed on to narrate Great Bear Rainforest set in one of the planet’s most exquisite and secluded wildernesses.

Hidden from the outside world, Canada’s Great Bear Rainforest is home to an immense array of wildlife, including the fabled all-white spirit bear—the rarest bear on earth—and the indigenous First Nations, who have provided stewardship of the forest for millennia. Great Bear Rainforest is the first time this wildlife-rich world will be experienced in IMAX® and giant screen theaters when it is released globally on February 15, 2019.

“We can’t think of a more perfect fit for this project than Canadian actor Ryan Reynolds,” says director Ian McAllister, who is also Canadian and has lived and worked in the Great Bear Rainforest for 30 years. “Ryan is a wonderful representative for the ongoing conservation of this globally significant rainforest which is part of his Canadian heritage and we are thrilled he will be our narrator.” 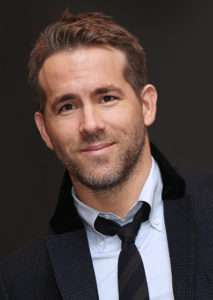 “I want my children to know there is still an area in this world that has remained wild, and will remain that way, because of the long history of stewardship shown by indigenous people,” says Ryan Reynolds. “I hope this film inspires the younger generation that there is hope for the future if we all work together and take care of our planet’s remaining wild places.”

The main title theme for the film will be composed by the legendary Academy Award-winning composer, Hans Zimmer with the score being composed by Anže Rozman for Bleeding Fingers Music, produced by Russell Emanuel.

“When I saw the footage that Ian McAllister and Byron Horner showed me of their film I could not help but be swept away by the spellbinding imagery of this truly remarkable place,” said Zimmer. “I was so moved by the beauty and grandness of this environment that I felt compelled to be involved on a deeper level and I am excited to be a part of the team.”

Director Ian McAllister and producer Jeff Turner and their crews spent three years filming throughout the remote reaches of the Great Bear Rainforest. From the underwater ocean world, through the salmon river valleys to the ice-capped peaks of the Coast Mountains, their unprecedented close-up footage of the spirit bear, along with stunning shots of the forest’s coastal wolves, grizzlies, sea otters, humpback whales, sea lions, salmon and the annual herring spawn will thrill audiences who may not even know that such a world exists.

“When we first saw some initial footage of Great Bear Rainforest, we were absolutely captivated by the visuals and knew this was a story that must be told on the giant screen,” added Shaun MacGillivray, president of MacGillivray Freeman Films. “There is no more powerful format for showcasing the extraordinary beauty of this ancient rainforest.”

Hans Zimmer has scored more than 150 projects across all mediums, which, combined, have grossed more than $28 billion dollars at the worldwide box office. Zimmer has been honored with an Academy Award®, two Golden Globes®, three Grammys®, an American Music Award, and a Tony® Award. Zimmer most recently co-scored the critically acclaimed Blade Runner 2049 alongside Benjamin Wallfisch, which earned the pair BAFTA and Critics’ Choice nominations for Best Score. Additionally, Zimmer created the score for Christopher Nolan’s Dunkirk, for which he was nominated for multiple awards including an Academy Award, Grammy Award, Golden Globe, BAFTA Award, and Critics’ Choice Award. Other notable scores of Zimmer’s include Gladiator, The Thin Red Line, As Good as It Gets, Rain Man, The Dark Knight trilogy, Inception, Thelma and Louise, Black Hawk Down and The Last Samurai. Upcoming projects include a live-action remake of The Lion King, which will be released by Disney in 2019 and Widows, which will be released later this year and reteams Zimmer with director Steve McQueen. Last summer, Zimmer completed a highly successful, critically acclaimed tour across Europe and the U.S.

Great Bear Rainforest is a Spirit Bear Entertainment film presented by Seaspan and directed by Ian McAllister, produced by Jeff Turner and executive produced by Kyle Washington and Byron Horner. The film is distributed by MacGillivray Freeman Films. Great Bear Rainforest will be released in select IMAX and giant screen theatres beginning February 15, 2019. The film will be accompanied by a companion book written by Ian McAllister and Alex Van Tol and published by Orca Book Publishers.

Joe Kleimanhttp://wwww.themedreality.com
Raised in San Diego on theme parks, zoos, and IMAX films, InPark's Senior Correspondent Joe Kleiman would expand his childhood loves into two decades as a projectionist and theater director within the giant screen industry. In addition to his work in commercial and museum operations, Joe has volunteered his time to animal husbandry at leading facilities in California and Texas and has played a leading management role for a number of performing arts companies. Joe previously served as News Editor and has remained a contributing author to InPark Magazine since 2011. HIs writing has also appeared in Sound & Communications, LF Examiner, Jim Hill Media, The Planetarian, Behind the Thrills, and MiceChat His blog, ThemedReality.com takes an unconventional look at the attractions industry. Follow on twitter @ThemesRenewed Joe lives in Sacramento, California with his wife, dog, and a ghost.
Share
Facebook
Twitter
Linkedin
Email
Print
WhatsApp
Pinterest
ReddIt
Tumblr
Previous article
Sally Corporation’s JUSTICE LEAGUE: Battle for Metropolis to receive TEA Thea Award
Next article
Busch Gardens Tampa Bay granted American Humane Seal for positive treatment of animals