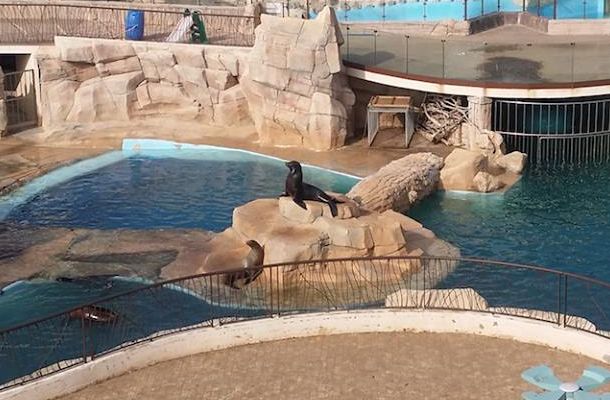 “After 9 years at Marineland, Bernard Giampolo, will become CEO of Mirabilandia in Ravenna in Italy on November 2, 2015, succeeding Giovanni Cavalli.

“Jesus Fernandez Moran, director of the zoological division of the Parques Reunidos Group Europe will become acting director of the park pending the appointment of a new Director General in the coming weeks.

“A veterinarian, he also holds a Master in Public Administration. He has worked with animal parks since 1990. Jesus Fernandez Moran and Bernard Giampaolo worked closely together for nine years and will work together on the transition.

“This replacement occurs with a full controversy over the management of the site after the bad weather that hit the French Riviera and the death of Valentin, an orca at the park.”

Joe Kleimanhttp://wwww.themedreality.com
Raised in San Diego on theme parks, zoos, and IMAX films, InPark's Senior Correspondent Joe Kleiman would expand his childhood loves into two decades as a projectionist and theater director within the giant screen industry. In addition to his work in commercial and museum operations, Joe has volunteered his time to animal husbandry at leading facilities in California and Texas and has played a leading management role for a number of performing arts companies. Joe previously served as News Editor and has remained a contributing author to InPark Magazine since 2011. HIs writing has also appeared in Sound & Communications, LF Examiner, Jim Hill Media, The Planetarian, Behind the Thrills, and MiceChat His blog, ThemedReality.com takes an unconventional look at the attractions industry. Follow on twitter @ThemesRenewed Joe lives in Sacramento, California with his wife, dog, and a ghost.
Share
Facebook
Twitter
Linkedin
Email
Print
WhatsApp
Pinterest
ReddIt
Tumblr
Previous articleEuro Attractions Show (EAS) 2015 inspires Scandinavia
Next articleMark Katz Joins Giant Screen Films and D3D