National Days at world expos: How much ice cream for 800 people? 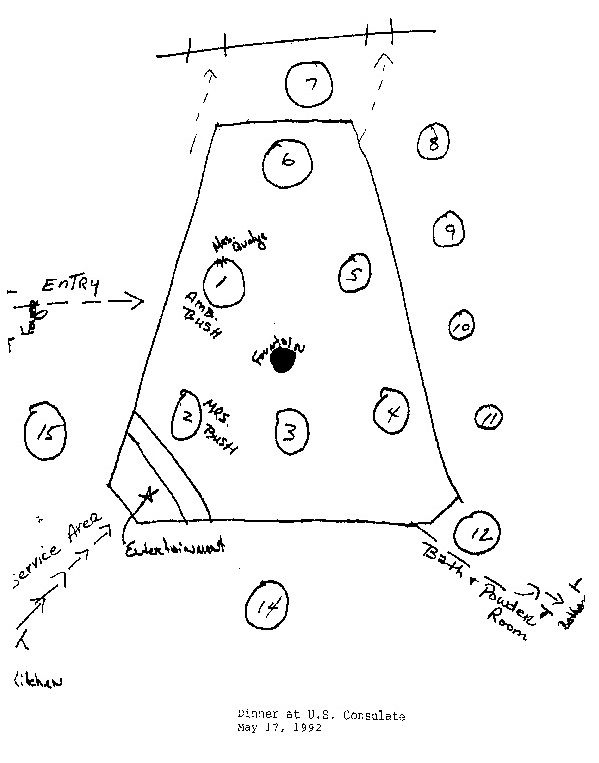 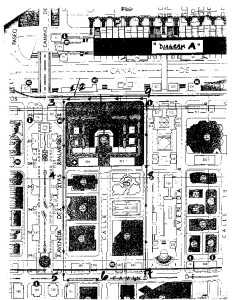 by James Ogul, author of Tales From the Expo

[dropcap color=”#888″ type=”square”]M[/dropcap]ilan Expo 2015, a world’s fair sanctioned by the Bureau of International Exhibitions, is underway. The six-month event opened May 1, will close Oct 31, and in its first month attracted 3 million visits.

145 countries are participating with 53 self-built pavilions ranging in size up to 50,000 square feet. Visitors not only get to see all these pavilions and their exhibits, but also to enjoy the myriad of events that take place throughout the expo.

Chief among these events are the National Days of each participating country. Any pavilion staff will tell you that their country’s National Day is their most worked on and carefully programmed event of the entire expo.

National Day activities include official ceremonies, parades and visits by 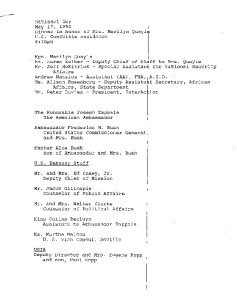 high-ranking officials. Often the guest of honor is a head of state, and the coordination of those visits is a major undertaking that has to be planned down to the minutest detail.

Many more will come through before closing day. And these visits are not 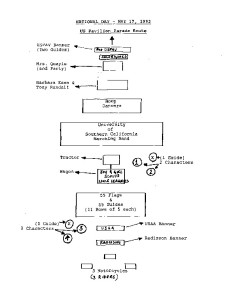 National Day programs are “all hands on deck” for any pavilion staff and are both exhilarating and exhausting.  From my own experience (decades of organizing US Pavilions) I can tell you that there is a tremendous buildup of anticipation before, and a collective sigh of fulfillment and relief after a National Day.

The illustrations show an example from my not-so-distant past – some excerpts of the logistics plan for the US Pavilion’s National Day at Seville Expo 92 (see illustrations).  The guest of honor was Marilyn Quayle, wife of 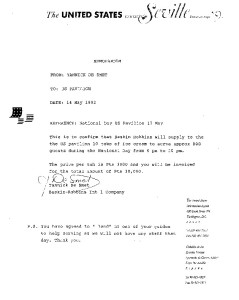 then Vice President Dan Quayle, and the Masters of Ceremony for our National Day cultural show at the Palenque (the expo amphitheater) were actors Barbara Eden and Tony Randall.

The producer for our National Day show at Seville ’92 was Dan Markley who had just produced the Broadway hit “Stomp,” and is currently the Executive Director and Producer of the New York Musical Theater Festival. Dan and I spent a lot of time in close quarters planning the National Day ceremony and I can attest to the many hours of work in putting such a show together.

You can follow the National Day programs at Milan Expo 2015 here: http://magazine.expo2015.org/en/national-days – there are more than 100 set to take place through Oct 31. 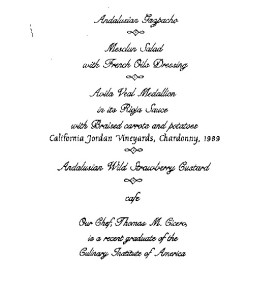 One of the strengths of a world’s fair is its power to attract high-level officials from throughout the world. And the international diplomacy that can take place at such a “roll up your shirt sleeves” venue can be remarkable.

Judith Rubin
Judith Rubin ([email protected]) is a leading journalist, publicist, strategist, blogger, content marketing specialist and connector in the international attractions industry. She excels at writing about all aspects of design and technical design, production and project management. Areas of special interest include AV integration and show control, lighting design and acoustics, specialty cinema, digital video and world’s fairs. Judith has ties to numerous industry organizations. From 2005-2020 she ran communications, publications and social media for the Themed Entertainment Association (TEA). In 2013, she was honored with the TEA Service Award. She was development director of IMERSA, and co-chair of the 2014 IMERSA Summit. She was publicist for the Large Format Cinema Association in the 1990s, now part of the Giant Screen Cinema Association (GSCA) and has also contributed to the publications of PLASA, IAAPA and the International Planetarium Society. Already making her mark as a magazine and book editor, Judith joined World’s Fair magazine in 1987, which introduced her to the attractions industry. Launching as a freelancer in the mid 1990s she has contributed to dozens of publications and media outlets including Funworld, Lighting&Sound America, Sound & Communications, Urban Land, The Raconteur and The Planetarian. She joined InPark in 2010. Judith earned a Bachelor of Fine Arts from Pratt Institute. She has lived in New York City and the San Francisco Bay Area, and now makes her home in Saint Louis, where she is active in the local arts and theater community.
Share
Facebook
Twitter
Linkedin
Email
Print
WhatsApp
Pinterest
ReddIt
Tumblr
Previous articleGraham Beal and Detroit Institute of Arts Awarded Inaugural AAM Chair’s Leadership Award
Next articleElectrosonic Upgrades Technology at National WWI Museum