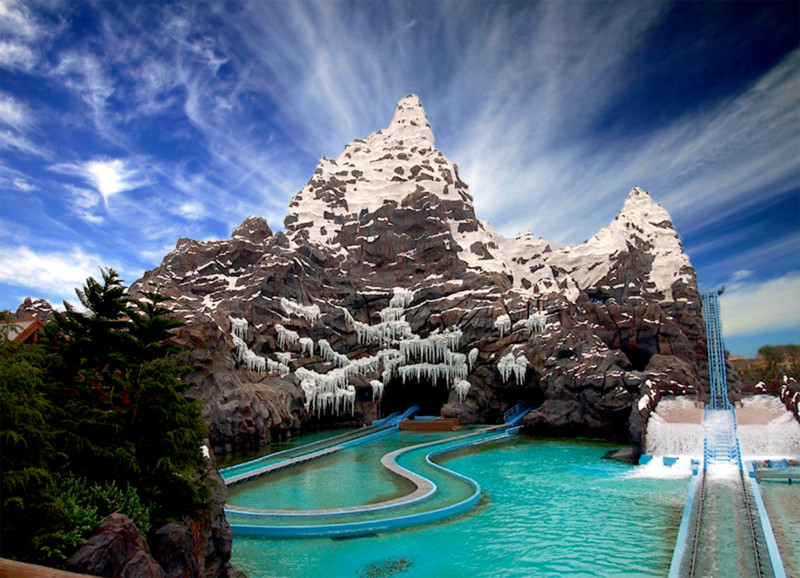 During the park’s four years in development, Mr. Su Zhigang, chairman and CEO of the Guangdong Chimelong Group, told the world that he ambitiously intended to develop Hengqin Island into “the Orlando of China.” With Mr. Su’s vision in mind, Ocean Kingdom therefore serves as the first attraction of this magnitude to arrive in the province of Guangdong.

A Recipe for Success in China

In North America, the theme park industry is punctuated by surges in domestic tourism centered around the school schedule, long holidays, and three-day holiday weekends. But in China, people spend the Spring and Moon Festivals primarily with friends and family at informal parties, dedicating Chinese Labor Day and National Day to travel-oriented holidays. That means that the domestic Chinese tourism industry is largely based on short, weekend trips to destinations that are within driving distance.

In 2016, the Hong Kong-Zuhai-Macau Bridge is slated to open, providing a tremendous pipeline for road-tripping travelers between the three major cities. Chimelong has emerged within this heavily populated region with offerings well differentiated from Macau’s casinos and resorts, making it ideally poised to attract hundreds of thousands of middle-class families from far and wide.

Ocean Kingdom’s nearest, major metropolitan area is Guangzhou, just two hours’ drive away and boasts a population 2% greater than that of America’s largest city (New York, New York’s 8.337 million). The closer-in cities of Zuhai and Macau have populations of 833,908 (similar to Indianapolis, IN) and 556,783 (similar to Albuquerque, NM) respectively.

What else does Ocean Kingdom have going for it besides proximity and family-friendliness? The genuine, clear vision of an owner/operator who is in it for something beyond flipping real estate. When it comes to Mr. Su and the Chimelong Group, the entertainment mogul has time and again stated that he wants to be “the man to entertain the Chinese masses.”

Mr. Su is passionate about creating a pleasing, natural environment that makes his guests feel comfortable and inspired. From the big Norway Pines that punctuate the Polar Zone to the twisting, lush podocarpus trees found throughout the park to the towering boulders carefully hand-selected by Mr. Su, strolling through Chimelong is like exploring a giant sculpture garden. This park opened rich and lush with flora on day one. In contrast, we’ve seen many parks in the West open covered in mulch, waiting for the plants to fill in as the seasons progress.

Mr. Su is a showman to the core. Chimelong has operated a world-class circus for decades next its existing theme park in Guangzhou, and has brought all of that experience and learning to Ocean Kingdom. The massive night show that closes the park each evening was part of the planning process from the beginning, and any viewing spot around the lake does it justice. Chimelong’s parade route was part of the core planning too.

On all of these assets, from landscaping to shows, rides to restaurants, just one month after opening its doors, Chimelong has already gathered thousands of points of feedback from visitors and is implementing improvements and brand-new attractions. 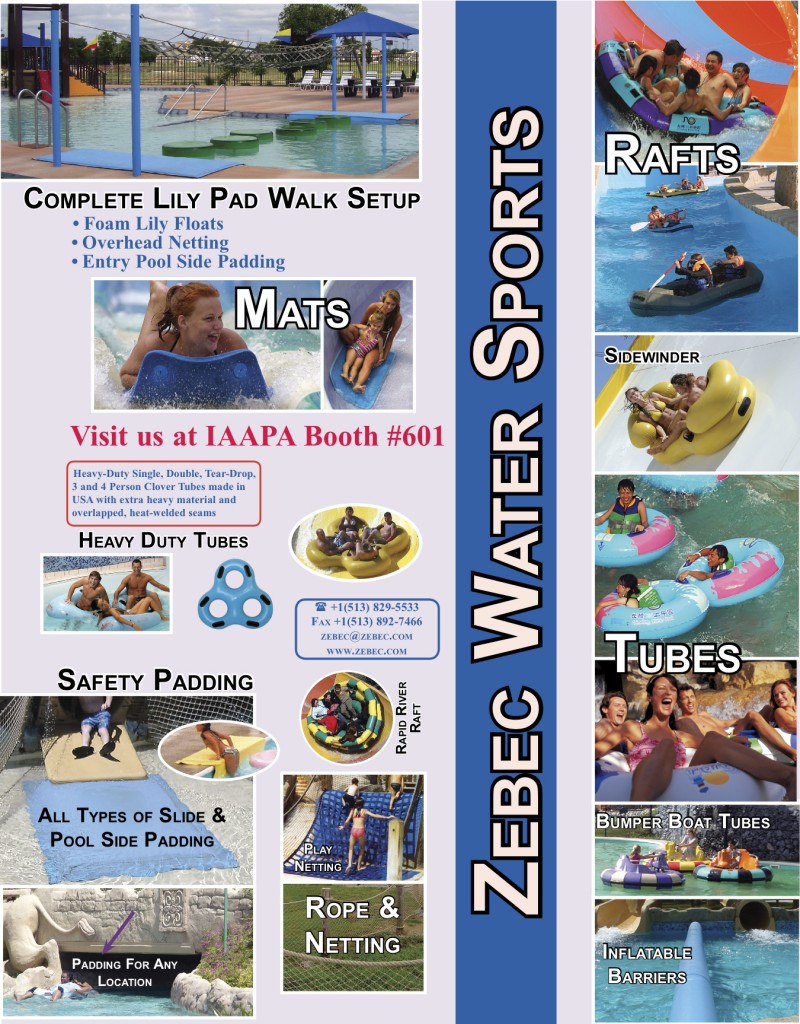 When PGAV Destinations, the overall project lead consultant, product strategist, master planner, and lead designer for Ocean Kingdom, first heard of the project, we assumed the destination would be rich with Chinese folklore and thematic overlays – from fiery red dragons to Admiral Cheng Ho. But it didn’t take long to discover that wasn’t what the Chinese wanted at all. Consumer research revealed a passionate curiosity for the world beyond Asia. But Mr. Su didn’t want to create another world-tour theme park. He sought a fresh angle for Asia that would manifest the planet’s wildlife. With a half-century of experience combining attractions and animal habitats for major destination parks, zoos and aquariums around the world, PGAV Destinations welcomed the opportunity Chimelong represented.

Throughout the park, thrill rides and animal habitats are seamlessly integrated to create unique, fun viewing interactions between people and the resident fauna. The Polar ride travels along a plaza through a polar bear habitat, separated by a strategically designed moat. The Walrus ride travels underwater through an acrylic tube beneath the sea lion habitat before climbing high into the sky and plunging down between the iconic, walrus-shaped mountains. The popular Omnimover (MACK Rides) combines a dark ride and an aquarium with three completely different views of the massive tank’s animals, all narrated and led by an animated fish-guide. The list goes on, with many of the other rides provided by MACK as well.

Equal care and importance were placed on the design and creation of the animal habitats as on the rides. In our assessment, Chimelong has exceeded the Western standard of animal care, and this is just as evident in the back-of-house facilities that guests don’t see, as in the habitats they do see.  The park attractions represent a masterful combination of animal and human safety and well-being.

PGAV is known for joining a project at the beginning and staying on to the end, from concept design through construction administration and beyond. On the Chimelong project – the firm’s first time partnering on a complete theme park in China – the job entailed (among other things) more than four years of late-night Skype calls and weeklong jet lag for the design team. Under such circumstances, project planning becomes a test in life-planning.

It was also a test in culture. Chinese park developers approach strategic planning differently from the US in a variety of ways. There was a learning curve on both sides as PGAV’s external team and Chimelong’s internal team explored and worked to adapt to one another’s approach and insights on a number of issues connected to design, food, retail, and guest experience.

Working with local architects in China was also a very new experience for the PGAV team. In most of the world, architects want to be seen as the master designers, knowing every intimate detail of their projects and remaining in close touch with the project during the construction phase. This tends not to be a priority in China, where developers often depend on “local design institutes,” whose services do not extend into construction oversight.

Looking at construction itself, China’s construction documents are very formulaic and standardized with millions of protocols for any occasion; however, the Ocean Kingdom plans, with animal and ride attractions that had never been built before, necessitated PGAV taking a hand in helping others navigate these precedents. One PGAV designer recalls accompanying the local architects to buy a set of China’s applicable standards. When he arrived at the pharmacy-sized library, he was confronted with millions of individual pamphlets, floor-to-ceiling, nearly impossible to navigate.

Concrete is the preferred construction material in the region, primarily because wood and steel are tremendously expensive along with their skilled artisans. But “cheap” labor doesn’t mean “unskilled” labor in China – the PGAV team saw Chinese artisans do beautiful, amazing work with concrete that we had never witnessed before.

The successful result: Chimelong Ocean Kingdom, combining unique attractions, top-quality animal habitats, and world-class shows that present the world’s waters through the eyes of its animals for millions of families and tourists. And unlike in the States, for millions of guests, this magic kingdom is just a short drive away.  • • • 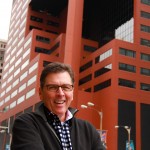 As Vice President at PGAV, Al Cross creates designs in a wide variety of building and project types, giving him an impressive and varied background. Trained with an emphasis in design, Al brings his aesthetic sensibility to each endeavor in a way that allows him to produce beautiful places and great results, even under the pressures of modern project delivery methods.