Projecting the holidays at Disney World 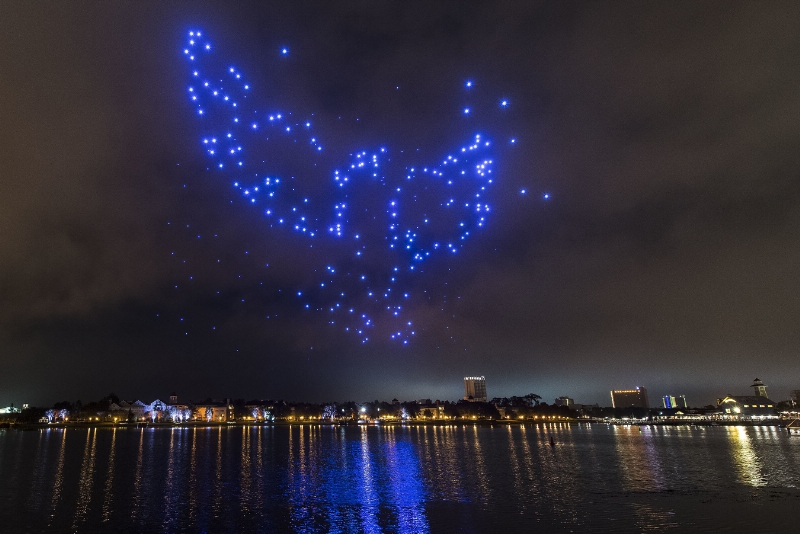 There are two lessons to be learned from the latest holiday shows premiered last week during the IAAPA Attractions Expo at nearby Walt Disney World: First, projection mapping is here to stay, and it is making an impact in a big way. Secondly, drones are now taking over the theme park world. 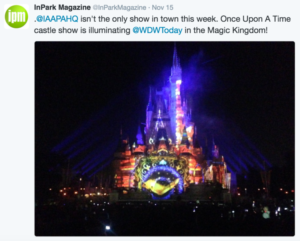 Disney Hollywood Studios also launched the new Jingle Bell Jingle Jam show, projected onto the buildings surrounding and including the park’s Chinese theater. As is typically the case, the projection mapping excels most when it accents and builds off the existing architecture rather than just treating it as a traditional projection surface. 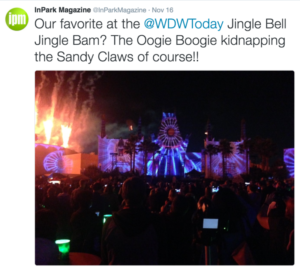 The show follows several elves who go on an expedition to find Santa. The show incorporates pyrotechnics, fireworks, lasers and faux snow. The “Nightmare Before Christmas” segment was most intriguing, although perplexingly featured the somewhat less-popular “Oogie Boogie” song as its centerpiece.

Over at Disney Springs the new nighttime holiday show includes hundreds of Intel Shooting Star drones taking flight into the sky to create an assortment of holiday images, hovering and moving around. While drones have been used in parks for several years now (notably, Lotte World and Universal Studios Japan) Disney successfully waded through FAA regulations to bring drones to a US park on a major scale. 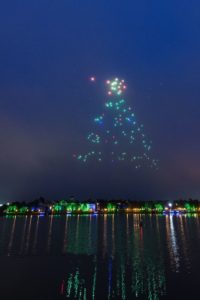 All of Disney’s holiday themed shows are running through the end of 2016. For more information, visit https://disneyworld.disney.go.com/