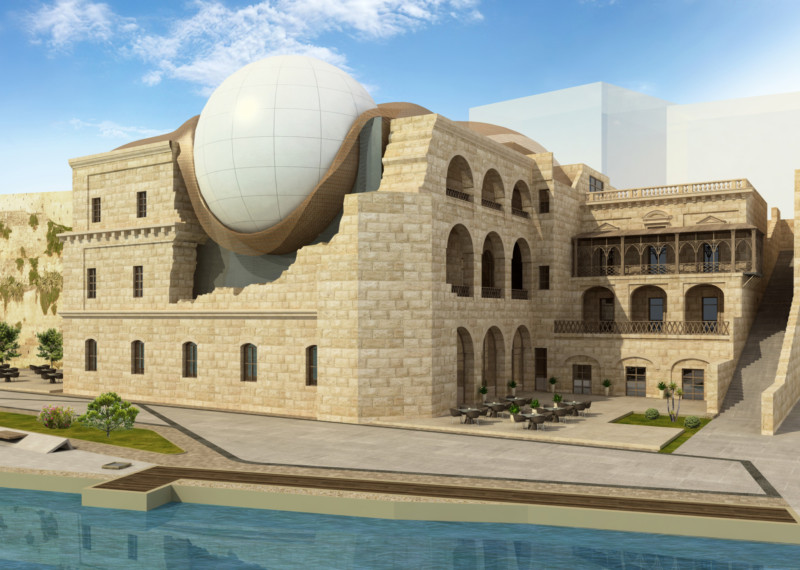 [quote]We are very happy to work with SCISS. For the first and probably most unique planetarium in Malta, we wanted a company which gives us peace of mind when it comes to all aspects of the project, starting from the actual design to the final delivery of the planetarium’s facilities. We are confident that SCISS will manage this complex project with the professionalism they have shown so far and look forward to an excellent long-term relationship” — Elton Micallef Executive S&T Officer at MCST[/quote]

Stockholm, Sweden and Kalkara, Malta (August 11, 2014) — In 2015, the Malta Council for Science and Technology (MCST) will open the doors to the National Interactive Science Center, a complex that will occupy several buildings overlooking the entrance into the Grand Harbour in Malta. The site is comprised of 4 buildings and an outdoor space each of which will be pivotal to displaying exhibits and presenting live science. One of the buildings will be a 10.7 meter in diameter planetarium, where the fulldome theater company SCISS will build and install a complete Colorspace 4K theater system. The project is financed in part by the European Union’s European Regional Development Fund (ERDF), with a co-financing rate of 85% EU Funds and 15% National Funds.

SCISS will design, supply, install and support a Colorspace 4K fulldome system that features a digital display solution based on a five channel Barco F35 setup. The Colorspace system will be powered by the award winning Uniview software, enabling the planetarium to show both the best fulldome shows and live presenter-led visualization of astronomy and other sciences.

“The dome of the National Interactive Science Center will be a signature attraction of Malta. We’re very happy to work with a wonderfully structured and professional client who shares our ideology and passion for live presenter-led shows, and who is setting out to bring ephiphanical insights about life, science and the universe to its visitors”, says Staffan Klashed CEO at SCISS. 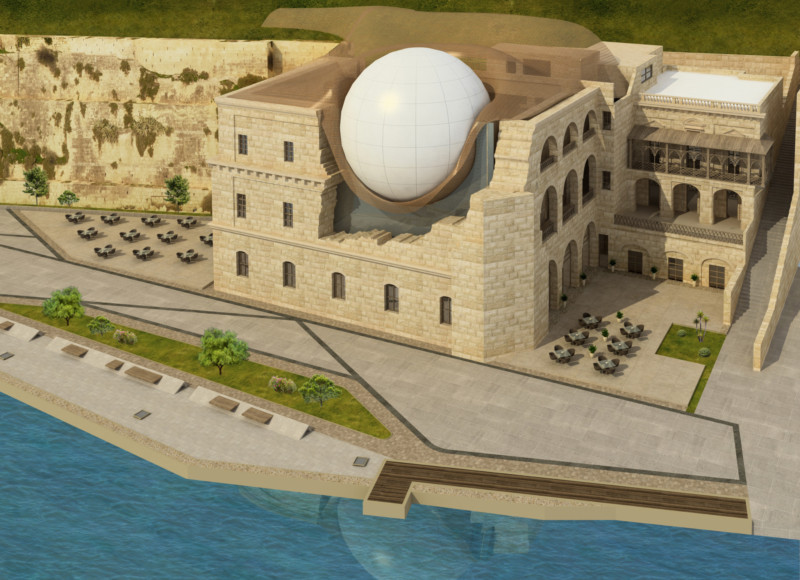 The science center and planetarium will be located on the St. Salvatore peninsula in Kalkara, a site with a notable history. The Royal Naval Hospital Bighi was built here in 1832, serving as the largest naval military hospital in the Mediterranean. A look at the history of Bighi Hospital reveals the important part it played in the treating of the sick and injured navy personnel and civilians throughout its existence. During the Second World War, the whole area around the harbor was heavily bombarded and Bighi Hospital took a few hits. A number of its buildings were badly damaged. The site closed its doors as a hospital in September 1970 when the Naval Medical Services were transferred to the David Bruce Military Hospital in Mtarfa.

The layout of the National Interactive Science Centre will be designed to provide opportunities for discovery and investigation to take place during each visit. The Centre’s thematic areas are: universe, electricity and magnetism, earth science, eco life, human biology, motion and forces, light and optics, illusions, music, nature of matter, engineering and telecommunications including Villa Bighi and its Medical History. Global and local issues as well as scientific developments will be given due importance and presented through attractive interactive hands-on exhibits.

Joe Kleimanhttp://wwww.themedreality.com
Raised in San Diego on theme parks, zoos, and IMAX films, InPark's Senior Correspondent Joe Kleiman would expand his childhood loves into two decades as a projectionist and theater director within the giant screen industry. In addition to his work in commercial and museum operations, Joe has volunteered his time to animal husbandry at leading facilities in California and Texas and has played a leading management role for a number of performing arts companies. Joe previously served as News Editor and has remained a contributing author to InPark Magazine since 2011. HIs writing has also appeared in Sound & Communications, LF Examiner, Jim Hill Media, The Planetarian, Behind the Thrills, and MiceChat His blog, ThemedReality.com takes an unconventional look at the attractions industry. Follow on twitter @ThemesRenewed Joe lives in Sacramento, California with his wife, dog, and a ghost.
Share
Facebook
Twitter
Linkedin
Email
Print
WhatsApp
Pinterest
ReddIt
Tumblr
Previous articlePortable IMAX Theater to Be Centerpiece of Baseball Hall of Fame 75th Anniversary Tour
Next articleToyota Helps Secure Collection of Detroit Institute of Art