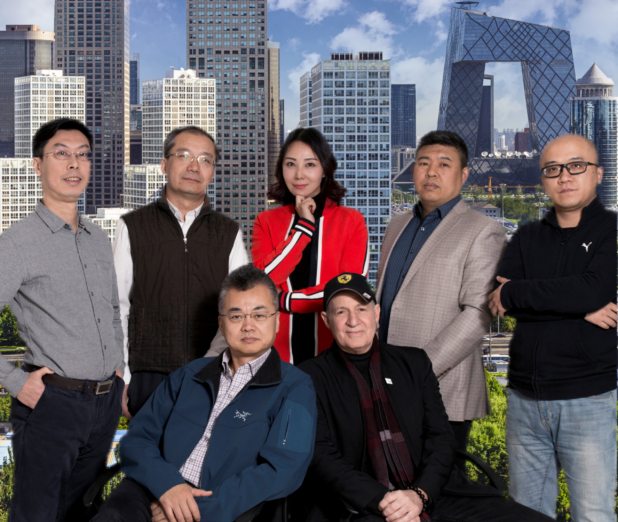 The international adventures of Thomas Megna

The place is Beijing, China. It is nearly 30 years since Thomas Megna first left Los Angeles to work on a theme park in Asia. When that project finished, he continued to work overseas, mostly in the Asia Pacific region. Four years ago, he established his base in Beijing to serve the rapidly growing leisure attractions industry in China.

Mr. Megna is a man on a mission. As an experienced themed entertainment professional with many projects to his credit, he sees business opportunities in China. He also sees an industry that needs education, tools and resources to catch up with itself. As the Board President of the Asia Pacific Division of the Themed Entertainment Association (TEA), he’s enthusiastic about helping to make that happen.

There is a new urgency to the mission, prompted by the success of Shanghai Disneyland, which opened in June 2016. Shanghai Disneyland has raised the bar. Universal Studios Beijing can be expected to uphold that bar when it opens in 2020. China is fast becoming the world’s largest themed entertainment market. Local developers are stepping up activity. The global travel and financial sectors are watching closely.

“Everyone said the bar would be raised after the opening of Shanghai Disneyland,” said Megna. “Well it’s open now, and the bar has been raised. Currently there are about 100 new projects in the development pipeline. Owners, operators and suppliers need professional development, better standards and an understanding of the process to ensure more successful results and higher quality when those projects open.”

The interest is not just in first-tier cities but in second- and third-tier markets as well, Megna points out. And audiences are more technologically sophisticated, with high expectations of quality. The question is how to go forward. “There’s a knowledge gap, and the developers and owners and operators realize it,” he said.

“Creating a theme park or integrated resort is different from creating a retail center or shopping mall. The project process is very specialized, especially with today’s immersive, media-based, high-tech attractions.”

If you’re active in the region, you may have met Thomas Megna in a professional capacity. His company Megna Entertainment recently teamed with Silkroading Ltd. to form Silkroading Entertainment as a one-stop shop for the leisure industry in China. You may also have heard Megna and/or some of his TEA colleagues speak at a conference, or met them at a TEA mixer – perhaps in Shanghai, Beijing, Sanya or Singapore.

Megna’s own storyline seems inevitably to have led to this moment. Before he crossed the Pacific Rim, he founded a successful theater company (while still in his 20s) and spent 12 years teaching, five of them at CalArts (California Institute of the Arts – a private college of the visual and performing arts, established by Walt Disney). He jumped into hands-on theme park development in 1989, joining Landmark Entertainment to work on Sanrio Puroland in Japan. Megna continued to live and work overseas in eight different countries, mostly Asia Pacific. In 2009-2012, his company worked on Adlabs Imagica.

With expertise in immersive technology, facility operations and project management, Megna can look back on a distinguished career of pioneering entertainment projects around the world.

But Megna isn’t looking back – he’s looking ahead. Megna the teacher, Megna the businessman, Megna the specialist/ consultant and Megna the industry champion are all coming together, to help the professional development of Asia’s leisure attractions industry catch up with its explosive pace of growth and customer demand.

Megna was installed as TEA Asia Pacific Division President in November 2016, and has been active in the Division and within the association for many years. “I think our mission right now – for TEA and for myself as a teacher – and as a business professional – is to help,” he said. “The industry here needs more quality vendors, and higher standards.”

Shanghai Disneyland, he explains, supplied a new benchmark for owners and developers, and for many local vendors, a learning curve. “The vendors here that worked on Disney Shanghai started to see and understand the process and the requirements. They now need our guidance and leadership to see how they can take that experience and help create the future of this industry.” He observes that developers, in turn, need to support better quality by paying more. “The passion to do better is there.”

Since the TEA Asia Pacific Division was set up five years ago, relationships have been built with trade organizations such as IAAPA, CAAPA, AAA and TPASA. Support has come from Chimelong Group, Wanda Group and Guoyan Culture and Media Inc., among others.

The members of the TEA Asia Pacific Board of Directors are helping stimulate activity throughout the region while Megna builds up the association’s presence in Beijing. There are upcoming TEA events and presentations in Taiwan, Singapore and Guangzhou, as well as Beijing and Shanghai. “There is a thirst for knowledge,” said Megna, who is a popular speaker at conferences, especially his talks about project process and intellectual property (IP). A TEA panel discussion at CAAPA in Beijing chaired by Megna will bring together an international group of experts all active in the region, representing Universal Creative, Wanda, YAOX5D, Thinkwell and JBA. “We’ll be talking about the key ingredients of developing an award winning attraction, and how to integrate with Chinese culture,” said Megna.

In addition to helping Asian companies develop, Megna and TEA are helping companies from North America and Europe find their way in Asia. “Western companies should not be afraid of coming to China and working in China,” he said. “The challenge is that clients want to see local examples of your work. You may have projects in Las Vegas or Los Angeles or Florida, but what have you done in China that a potential client can go and see, who have you worked with in China that can talk to us about you? We explain to Western companies how they can ally with a local company that has complementary strengths in a win-win for both.”

If these efforts pay off, by the time Universal Studios Beijing opens in 2020, some of the knowledge gaps will be filled, or more nearly filled, and the Asian attractions industry will be moving forward – more professional and polished, more experienced, more consistent. Megna’s vision will be taking shape in ways even he may not yet anticipate.

Whatever happens, he’s ready to embrace it. “I feel so thankful for all the opportunities and support from colleagues that have allowed me to be in this place at this time – a time that is not only the most exciting for me but the entire themed entertainment Industry. I invite all entertainment professionals and aspiring professionals to join the fun – to take part in the most creative , challenging and exciting industry on our planet.”

Silkroading: Born on both sides of the Pacific

The Silkroading Entertainment venture is designed to be the kind of East-West win-win Megna advocates. As a Beijing-based subsidiary of Silkroading, the new company will deliver a comprehensive suite of services and solutions for the creation of world-class leisure and entertainment projects. The alliance brings together people and entities having complementary skills, strengths and professional connections, deep industry knowledge, regional expertise, an understanding of the Asian markets and a common purpose.

Megna sees Silkroading Entertainment as addressing one of the critical gaps in Asia – a lack of full-service themed entertainment companies. “Themed entertainment projects in Asia often lack continuity from one stage to the next, and suffer as a result,” he said. “We look forward to showing owners and developers the advantages of having a suite of services available all from one source. In addition to creating a better process and ensuring success, it enables owners to maintain their own company structure – they don’t have to expand, add or train staff of their own to get into the leisure attractions business.”

Today’s visitor attractions are media rich, and Silkroading brings extensive media resources. A native understanding of Chinese traditional culture and heritage and the ability to express that culture and heritage on modern, digital platforms such as immersive cinema, television and film are seen as a good fit with industry needs. “The core concept of new destination tourism is the combination of Chinese traditional culture with contemporary, cutting edge technology,” said Mr. Jianjun Chen, Chairman of Silkroading Entertainment, and CEO of Silkroading Ltd.

Mr. Chen is a professional adviser of the national modern service industry for China’s “12th Five-Year” program planning concerning the integration of science, technology and culture. He is also former deputy director of the Ministry of Culture Chinese social education center of CCTV, and Secretary of the China “Book of Changes” Association. Mr. Chen is also an acclaimed film director: His documentary “The Herdsmen” (2000) received 20 awards including honors from the American International Film Festival; “Bronze Glory” received top honors at the Chinese Government Film Awards. He was responsible for many celebrated programs during his time at CCTV, including “Reading Time,” “Art Star,” “Witness During Tenth,” and “Green Space.”

The structure of the new Silkroading Entertainment reflects a global outlook and understanding of what East and West bring to the table – with alliances and team members born, schooled and experienced on both sides of the Pacific Ocean. They include storyteller/master planner/designer Greg Damron, Thelma & Boom, Inc. providing Project Management and Facility Design, business and operations planner/ designer Lawrence Wittenberg, and media producer/tourism specialist/production manager “Jasmine” Zhang Qing.

Ms. Zhang has a Master’s in media management from the University of Southern California, and more than 10 years of Chinese and American film and television industry experience. For CCTV she worked on tourism programming and as an executive producer and program director. She presided over financial forums, press conferences, awards ceremonies and literary evenings. Her professional honors include the “Beijing Influence” award and the Chinese radio and Television Association 2 Award for “Outstanding Financial channel” on Beijing TV. She produced corporate videos for Lenovo, IGRS, Beijing Automotive Group and Porsche. Her domestic and foreign film and TV titles include “Chinese World,” “Face to Face,” “Afternoon Tea,” and Cross-Strait Influence.”

Some past projects for which Silkroading Ltd. provided planning, design and implementation, include tourism elements of the Thousand Buddha Grottoes at the Mogao Caves, and the Silk Road in Yulin Guazhou Cave (both near Dunhuang in northwestern China), Changyu International Wine City amusement park, and the Huarun Pharmaceutical Group Dong-E E-Jiao Co., Ltd. health tourism experience.

The company name Silkroading refers of course to the The Silk Road – the historic cultural and commercial meeting of East and West. In that spirit, Jianjun Chen and Thomas Megna’s formation of Silkroading Entertainment aspires to bring the creative and cultural best of China and Asia together with the best of design experience and talent in entertainment planning and execution of the West.  • • •

Joe Kleimanhttp://wwww.themedreality.com
Raised in San Diego on theme parks, zoos, and IMAX films, InPark's Senior Correspondent Joe Kleiman would expand his childhood loves into two decades as a projectionist and theater director within the giant screen industry. In addition to his work in commercial and museum operations, Joe has volunteered his time to animal husbandry at leading facilities in California and Texas and has played a leading management role for a number of performing arts companies. Joe previously served as News Editor and has remained a contributing author to InPark Magazine since 2011. HIs writing has also appeared in Sound & Communications, LF Examiner, Jim Hill Media, The Planetarian, Behind the Thrills, and MiceChat His blog, ThemedReality.com takes an unconventional look at the attractions industry. Follow on twitter @ThemesRenewed Joe lives in Sacramento, California with his wife, dog, and a ghost.
Share
Facebook
Twitter
Linkedin
Email
Print
WhatsApp
Pinterest
ReddIt
Tumblr
Previous article
SEAWORLD: Enter Esparza
Next article
GATEWAY ARCH: Journey to the Top