Student Ambassadors – The Heart and Soul of a US Expo Pavilion 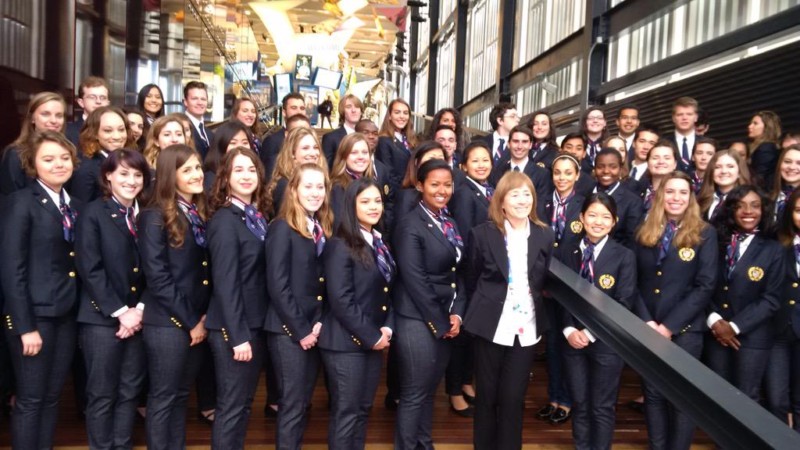 This article, originally published in February 2014, is part of “Tales from the Expo,” an InPark Magazine online book written by James Ogul and edited by Judith Rubin.

[dropcap color=”#888″ type=”square”]A[/dropcap]sk anyone who’s ever worked in a US Pavilion at a World’s Fair what the most effective part of a pavilion is and they will most likely say the Guides. We have always had the most engaging energetic young people interacting with our visitors at World’s Fairs. For many years we called them Guides. Then Nick Winslow, USA Pavilion President at Shanghai Expo 2010, came up with the term Student Ambassadors. That caught on and was used at Yeosu Expo 2012 as well. (One earlier variation was at Taejon Expo 93 where they were called Host Scholars. The 30 Host Scholars there received college credit for working at the US Pavilion.)

Photo at top: The Student Ambassadors of the USA Pavilion at Expo Milano 2015. Source: http://www.usapavilion2015.net/. From May to October 2015, 120 American college students are representing the United States  as on-the-ground ambassadors for the USA Pavilion in Milan, Italy. They were selected from more than 1,000 applicants.

The US Student Ambassadors at Shanghai
At Shanghai 2010, the 160 Mandarin-fluent students selected as USA Pavilion Student Ambassadors came from 38 states and represented 84 US universities. They interacted with more than 43,000 visitors a day. They helped welcome Chinese President Hu Jintao, Secretary of State Hillary Clinton, Secretary of Commerce Gary Locke, former U.S. President Jimmy Carter, 10 U.S. state governors, and the former Secretary of State Madeleine Albright.
Five specialized teams were created, and each Student Ambassador spent 36 days of their three-month tour of duty on one of the teams. The Entertainment team helped manage the various shows and talents hosted by the pavilion on the pavilion stage and at other venues on the expo grounds. The Community Outreach team created outreach opportunities such as school restoration projects. The Communications team worked with journalists covering the pavilion and coordinated interviews with pavilion staff. The Protocol team worked on high level visits by dignitaries. The Sponsorship team worked with 65 corporate and state sponsors to plan events and help implement benefits packages.

The role of a Student Ambassador
So what do Student Ambassadors do? Just about everything. Meeting and greeting is one responsibility. The Student Ambassadors at Shanghai Expo 2010 greeted some 7 million visitors using their multilingual abilities, good humor and creativity to interact with the pavilion visitors. And speaking of language, all of our Student Ambassadors must be fluent in the native language of the host country. Many of the Chinese attending the Shanghai expo were impressed by the language proficiency of the US Student Ambassadors.
Student Ambassadors also make presentations in the various galleries of a pavilion.  These are typically unscripted and allow them to create their own interpretations of the exhibitions and shows they are presenting. Another activity for them is working in the VIP lounge to assist VIP visitors, and to schedule and escort US Pavilion VIP visitors on tours of the expo site.
Office work is also often part of the job too, as many are proficient in computer technology and graphic design in addition to having good people skills. Community outreach can also be part of the package. At Shanghai 2010 and Yeosu 2012, the Student Ambassadors took part in activities in the communities around the expo site, such as visiting schools and hospitals.

US Student Ambassadors at Yeosu 2012
Chief Executive Officer of the US Pavilion at Yeosu Expo 2012, Andrew Snowhite, commented, “Our Student Ambassadors were the cornerstone of the Pavilion, engaging in every facet of the operation and experience. As the largest group of non-national Korean speakers at Expo they were widely and positively recognized around Yeosu as representatives of the strong partnership between the US and our friends and partners in Korea. For me personally, seeing them interact with the guests as well as building strong and lasting bonds together was one of the most rewarding aspects of the project.”

The Yeosu Student Ambassadors came from 19 states and the District of Columbia.  They served from May through August 2012. They received one college credit for their work and participated in a course entitled “Making Culture Visible While Studying Abroad.”

Setting up the program
For the Registered World’s Fairs – the larger, 6-month fairs that are scheduled every five years – usually two teams of Student Ambassadors are hired, each working three months. There have been expos, however, where the same group continued for the duration. For the Recognized World’s Fairs – the smaller, 3-month fairs that take place between the Registered Fairs, the same crew works the entire expo.

In general, the practice is for a US Pavilion to work directly with one or more universities to set up its Student Ambassador program. This included the University of Tennessee for Knoxville 1982, Michigan State University for Taejon Expo 93, Lisbon Expo 98, and Aichi Expo 2005; the University of Southern California for Shanghai Expo 2010 and the University of Virginia for Yeosu Expo 2012. There were two instances where recruitment took place through office temp firms – LeGals for New Orleans Expo 84 and Drake International for Vancouver Expo 86. In the case of Tsukuba Expo 85, the US pavilion staff traveled around the US interviewing potential Guides for direct hire.

Genuine ambassadors
Whether they are called Guides or Host Scholars or Student Ambassadors these young people are the heart and soul of every US Pavilion. They are our face to the millions of visitors that attend the Expos. And they are truly ambassadors: For many international pavilion guests, it may be their first opportunity to meet and engage in direct conversation with an American. This was especially the case at Shanghai 2010.

As US Student Ambassador Dana D’Amelio, working at Yeosu stated, “The Student Ambassador experience was a lens through which I was able to see Korea from an entirely new perspective and it left me utterly convinced that public diplomacy is a critical part of building enduring relationships with our global partners. I am honored to have played a role, however, small, in the US diplomatic mission at the Yeosu World Expo.”

This person-to-person diplomacy has carried the US message to over ten million visitors to our pavilions at Aichi 2005, Shanghai 2010 and Yeosu 2012  and I am sure will continue to do so in the future as we look forward to Milan Expo 2015 and beyond. 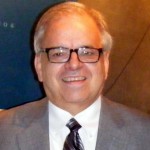 James Ogul’s next column will look at the role of the Commissioner General on a world expo pavilion.
In the matter of organizing a world’s fair pavilion, James Ogul is a top human resource. At such times as the United States has stepped up to participate in a world expo, from the early ‘80s to the present more often than not Ogul has been tapped to help coordinate the effort on the government side. Since retiring from the US State Department in 2011, he has remained connected to the international expo scene in an advisory and consulting role.

Judith Rubin
Judith Rubin ([email protected]) is a leading journalist, publicist, strategist, blogger, content marketing specialist and connector in the international attractions industry. She excels at writing about all aspects of design and technical design, production and project management. Areas of special interest include AV integration and show control, lighting design and acoustics, specialty cinema, digital video and world’s fairs. Judith has ties to numerous industry organizations. From 2005-2020 she ran communications, publications and social media for the Themed Entertainment Association (TEA). In 2013, she was honored with the TEA Service Award. She was development director of IMERSA, and co-chair of the 2014 IMERSA Summit. She was publicist for the Large Format Cinema Association in the 1990s, now part of the Giant Screen Cinema Association (GSCA) and has also contributed to the publications of PLASA, IAAPA and the International Planetarium Society. Already making her mark as a magazine and book editor, Judith joined World’s Fair magazine in 1987, which introduced her to the attractions industry. Launching as a freelancer in the mid 1990s she has contributed to dozens of publications and media outlets including Funworld, Lighting&Sound America, Sound & Communications, Urban Land, The Raconteur and The Planetarian. She joined InPark in 2010. Judith earned a Bachelor of Fine Arts from Pratt Institute. She has lived in New York City and the San Francisco Bay Area, and now makes her home in Saint Louis, where she is active in the local arts and theater community.
Share
Facebook
Twitter
Linkedin
Email
Print
WhatsApp
Pinterest
ReddIt
Tumblr
Previous articleUniversal Studios Hollywood Goes All-LED for its Parking Lot with Cireon
Next articleNinth annual Gay Games opening ceremony producer is Patrick Roberge Prodns – Aug 9

A World’s Fair in Minnesota: Exclusive interview with Mark Ritchie