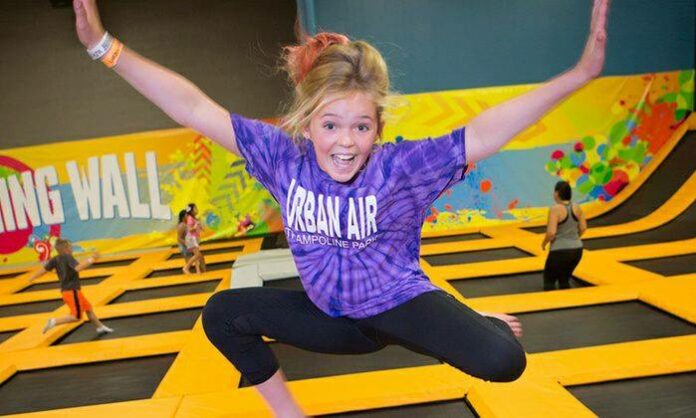 Urban Air Adventure Park, the largest indoor adventure park operator in the world, is gearing up for record-breaking growth in the year ahead through the signing of multiple franchise agreements that are set to bring a total of 19 new parks to 10 states. In April alone, the brand inked 12 new franchise deals and in the past 90 days, Urban Air has surpassed the total number of new stores signed compared to all of 2020.

Notably, Urban Air is seeing a spike in multi-unit, multi-brand franchisees with deep roots in the childcare space diversifying their franchise portfolios by bringing Urban Air to their local communities. Of the 19 new agreements this year, half are with current franchisees with The Goddard School, The Learning Experience and Primrose Schools. The other half come from a mix of new franchisees and current Urban Air operators who are already seeing the importance of options in the community for post-COVID active socialization and family-friendly activities.

“It’s an exciting time for our brand to have already exceeded last year’s numbers when it comes to signing new park locations. By partnering with these ambitious business owners, we’re committed to strengthening Urban Air’s commitment to delivering meaningful experiences that impact the lives of every kid in communities across the country,” said Josh Wall, Urban Air’s EVP and Chief Franchise Officer. “As our country starts to reopen with the increased need for peer-to-peer interaction and physical activity for kids, we’re confident 2021 will truly be a tremendous year for Urban Air.”

Ted Grambo, an Urban Air franchisee, opened his first park in November 2019 in Akron, OH following a 25-year career in banking. He signed on to open a second location that is currently under construction in Westlake, OH and will open later this year. He says that real estate opportunities are the best he’s seen and demand is up for the family entertainment business.

“As an existing franchisee, I have seen firsthand how our parks have been a destination of choice for customers as they are getting out again and life is returning to normal. There is a lot of pent-up demand and I expect it to grow as COVID numbers decline and states continue to remove restrictions and open up,” said Grambo.  I think the timing is right to expand our reach which is why we’re opening a second park.”

With more than 150 parks now open and 60 in development, Urban Air continues to solidify itself as the first and leading indoor family adventure park franchise in the United States.This year, Urban Air ranked as the No. 1 entertainment franchise in Entrepreneur Magazine’s Annual Franchise 500 list, the world’s first, best and most comprehensive franchise ranking.

To continue this exciting momentum, Urban Air is currently seeking driven leaders that are looking for a higher purpose than just profits and motivated to engage in their local community through social interactions, exercise, and elevated play for each kid that walks through their doors. With 50 percent of franchisees operating fully remote, Urban Air offers a partnership flexible to the franchisee’s preferences including many facets of support to build better experiences and ultimately grow.

To learn more about Urban Air and its franchising opportunities, visit https://urbanairfranchise.com/.