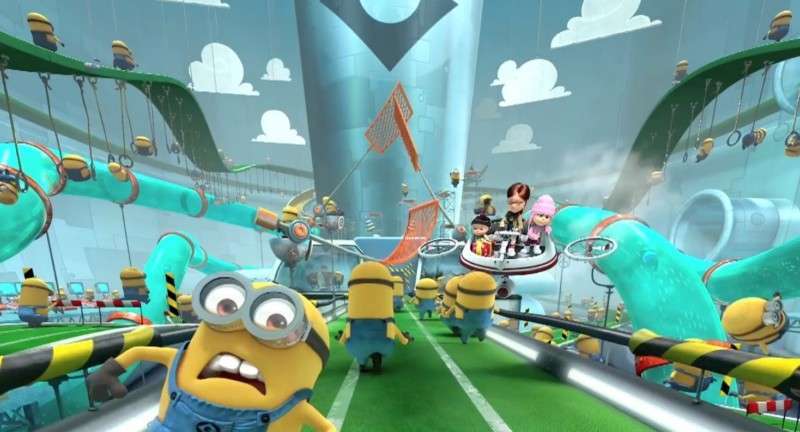 InPark assembled a group of experts and asked them what trends, especially those oversees, are influencing the next generation of media-based attractions.

Design, art direction, and production for themed entertainment and environments

The Asian clients I work with are impressed by the high-tech media and ride systems they see in the Spider-Man or Harry Potter attractions, but they are still daunted by the huge upfront costs and the constant maintenance these types of attractions require. Currently, in Asia I think you are going to see more dark or thrill rides developed with large amounts of scenery and perhaps even performers. Cost-effective media and special effects will be strategically placed to enhance the immersive environments of these attractions.

In the West, performers are expensive and technology is considered cheaper. Lately it seems that two out of three new show-intensive attractions in the West are a version of a 4D theater. With a small footprint, minimal scenery, few or no performers, this “movie in a box” type of attraction is very attractive to Western management.

However, in Asia my team and I work with clients to develop innovative attractions we very seldom see in the West. In China I can get huge amounts of scenery built to theme the inside and outside of an attraction for about one tenth the cost in the USA. We then might add several performers to an attraction even though that show may repeat several times each hour. The cost of live performers is low enough that we can hire as many performers as we need to play the same role, keeping the performance fresh.

I believe the potential for new gaming based attractions beyond the traditional sources of movies, television, is ripe with possibilities – especially in markets outside the US. The entities that run theme parks abroad are in some ways more diverse, whereas in the US the players are fewer and there’s a tendency to rely primarily on their own proprietary libraries. The new Angry Birds attraction is perhaps the first video game-based attraction to skip the intermediate step of film or TV adaptation and jump straight to an attraction instead. I could see the same thing happening to other properties like Halo, Super Mario Bros, The Legend of Zelda, Spyro, etc.

Gamers are already part of the prime theme park going attraction age demographic, and many of these games enjoy very wide and extremely loyal fan bases. All these games have richly established worlds with myriads of characters, easily adaptable to attractions. As an entertainment option, it is said some gamers don’t have much interest in movies or TV and use video games as their primary daily source of entertainment recreation, and there is at least one, possibly two generations that have grown up like this, so the industry would be smart to pay serious attention to the trend.

For the most part I have been fortunate to work with clients in China and Macau who, while impressed with what Disney and Universal have done, would rather work to create new and original attractions.

Media-based attractions are highly desired in China. However, a number of the owners and operators are beginning to realize that quality does cost more, and in the end, quality leads to long term success. We are working with several such clients in China now. So for us at least, I believe the Asian themed entertainment market is heading into an exciting time and expect that within the next few years we will begin to see even greater levels of originality and creativity there – I think that within five years we may even see some China parks setting new trends in innovative attractions at a level that meets or exceeds the Disney and Universal standard.

Looking ahead, media will make up a larger part of any new attraction. This is the one aspect of attraction development where the price of the content and hardware is dropping and the quality is rising. The price of other aspects of attraction production (scenic production and ride systems) are relatively flat compared to media.

We will also see more branded attractions based on a range of animated and live action IP’s, and we can expect more interactivity between the guest and media.

Asian clients all want media integrated into attractions. That’s a given. But it’s being applied in some interesting ways that I think we’ll see more of in future. Think big spectacle!

Media just keeps getting more flexible and powerful, for instance with the advances in LED technology, lighting instruments and show control. This affords an option for advertising as well as the means to freshen up an attraction after a few years. I have become a realist: if advertising can be incorporated, it can encourage more investment into attractions.

Downward pressure on budgets coupled with insistence on quality is something we’ll continue to see, and that leads to creative international partnerships. Creating media in Mainland China costs about half as much as anywhere else, so we find it better to work hand in hand with local media artists to produce cutting edge media at a lower price point.

Joe Kleimanhttp://wwww.themedreality.com
Raised in San Diego on theme parks, zoos, and IMAX films, Joe Kleiman would expand his childhood loves into two decades as a projectionist and theater director within the giant screen industry. In addition to his work in commercial and museum operations, Joe has volunteered his time to animal husbandry at leading facilities in California and Texas and has played a leading management role for a number of performing arts companies. Joe has been News Editor and contributing author to InPark Magazine since 2011. HIs writing has also appeared in Sound & Communications, LF Examiner, Jim Hill Media, and MiceChat. His blog, ThemedReality.com takes an unconventional look at the attractions industry. Follow on twitter @ThemesRenewed Joe lives in Sacramento, California with his fiancé, two dogs, and a ghost.
Share
Facebook
Twitter
Linkedin
Email
Print
WhatsApp
Pinterest
ReddIt
Tumblr
Previous articleThai national pavilion to showcase country’s transformation into digital hub at Expo 2020 Dubai
Next articleTriotech opens 200th XD Dark Ride at Quebec’s Mega Parc