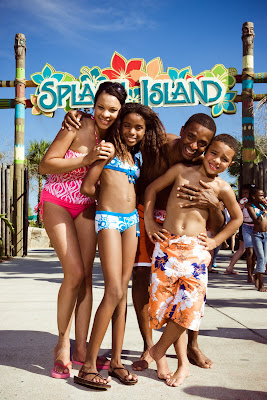 Valdosta, GA – Wild Adventures Theme Park is the recipient of a major industry award for Splash Island, the region’s largest water park. The award, presented by the World Waterpark Association (WWA) during its annual convention, named Splash Island the winner in the Brochure category for parks with 250,000 and up in annual attendance. This is the first WWA award for Wild Adventures Theme Park and comes on the heels of the park’s announcement to expand Splash Island for the 2011 park season.

Wild Adventures is currently in the beginning stages of its Splash Island Water Park expansion which will increase the size of the water park from seven to ten acres. It is the water park’s largest expansion, since opening in 2002. Scheduled to open April 2011, the expansion includes two new giant family water slides and nearly a dozen private cabanas.

“Designing materials to showcase the park’s endless family adventures is fun and rewarding, and we are truly honored to be recognized by WWA in this category,” commented Linda Jensen, vice president of marketing. “Considering we were measured against nearly 300 others entries, it makes it an even more meaningful award for us.”

WWA Show 2022 is calling you to Vegas