Words of wisdom from Bob Weis 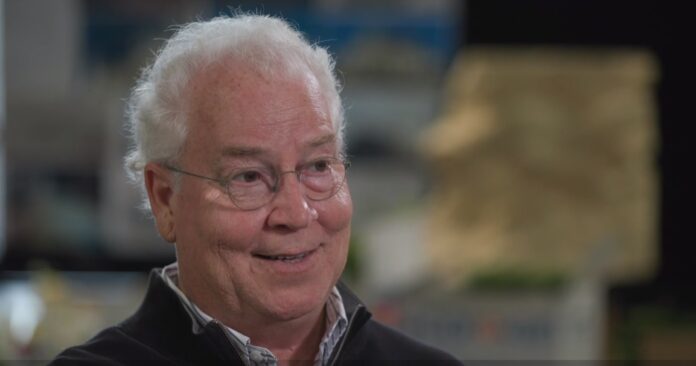 Walt Disney Imagineering (WDI) President Robert (Bob) Weis has been honored with the Buzz Price Thea Award Recognizing a Lifetime of Distinguished Achievements, from the Themed Entertainment Association (TEA), part of the slate of 27th annual Thea Awards recipients. Thea Awards honor projects, people and technologies around the world. In these pandemic times, the annual, in-person Thea Awards Gala, a black-tie affair usually held in spring at the Disneyland Hotel in Anaheim, is on temporary hold, but the Thea Awards cycle itself has continued, with the current recipients being honored in a ticketed event: a series of virtual case studies running July-October 2021 – as well as documented in the official Thea Awards Program. #TEAtheas

InPark attended Episode One of the Thea Awards Digital Case Studies, which took place July 29, 2021 and featured Bob Weis in a recorded conversation with Leslie Iwerks followed by a live Q&A with Nancy Seruto, then a Fireside Chat oriented to TEA NextGen members. (All episodes of the Thea Awards Case Studies are available on demand to ticketholders once they have aired.)

The soft-spoken Weis graciously shared his experience, anecdotes and thoughtful responses to questions, many of which came from young professionals and students. Weis was in the company of friends, creative collaborators and admirers. Nancy Seruto, Portfolio Creative Executive, WDI, is a longtime colleague of Weis on both Disney and non-Disney projects. Seruto was the previous year’s recipient of the Buzz Price Thea Award and played a key leadership role in the making of Shanghai Disneyland. Leslie Iwerks of Iwerks & Co. is an accomplished documentary filmmaker whose credits include producing “The Imagineering Story,” streamed on Disney+. Iwerks is third-generation in an impressive industry lineage dating back to the earliest days of the Disney company and the creation of Mickey Mouse, as the daughter of Don Iwerks (another recipient of Thea lifetime honors) and granddaughter of Ub Iwerks.

Weis joined what is now WDI in 1980. In speaking of being a newcomer there amid such established figures as Marty Sklar, John Stanek and Marc Davis, he recalled, “I never had anyone say, ‘go away kid, I’m busy,'” and today he shows the same openness toward those making a start in the industry. His Disney portfolio includes Tokyo Disneyland, Tokyo DisneySea, Tower of Terror, the creation of Disney’s Hollywood Studios and its continued evolution (including lands and attractions based on Star Wars, Toy Story, and Mickey & Minnie), the transformation of Disney’s California Adventure (including World of Color and Cars Land), and Shanghai Disneyland. “Moving into this new market, the first for Disney in mainland China, he identified that local creative voices were key to the project’s success and resonance with local guests, and he drove Imagineering to broaden its reach and build teams that included local artistic talent, advisors and storytellers,” wrote the Thea Awards Judging Committee in its official remarks.

Weis is currently engaged in the transformation of EPCOT and Walt Disney Studios Park at Disneyland Paris. In addition, under the banner of his own company, he has done pioneering work in museums, attractions and even military simulation (see “Bob Weis, collaborative creative pioneer“). The Thea Awards Judging Committee wrote, “The success of Shanghai Disney Resort is a glowing example on the world stage of Weis’s mastery of international projects. His leadership and influence continue with expansion projects at each of Disney’s six resort destinations around the world.”

How to keep the creative flame burning, per Bob Weis:

“The number one thing is positive-minded collaboration.”

“Doing something with your hands, physically, is a huge respite, as in our work life we get more and more virtual.”

“If we’re not having fun, it’s probably not a fun project.”

“I don’t think we put any less energy or passion into the low-budget projects than the high-budget.”

“It comes down to great stories, and opportunities to immerse people in those stories in a way that they create empathy.”

“You have to be optimistic, and open, and unwilling to settle for something that’s not.”

“The ability to cross cultures – and use Disney as that bridge – goes to the challenges we have now.”

“We’ve had a big reckoning like the rest of the world has. Young Imagineers would come in and surprise all of us with their experiences. Walt said the parks would never be finished. Are we taking too much of the parks and making it sacred?”

“Our audience is incredibly diverse and our ideas have to be as dynamic as the world we work in. Let’s look around the room, do we have enough diversity in the voices, background of the people, relevant to what’s being conceptualized?”

“You can’t just land in a helicopter and say ‘Disney’s here.’”

Judith Rubin
Judith Rubin ([email protected]) is a leading journalist, publicist, strategist, blogger, content marketing specialist and connector in the international attractions industry. She excels at writing about all aspects of design and technical design, production and project management. Areas of special interest include AV integration and show control, lighting design and acoustics, specialty cinema, digital video and world’s fairs. Judith has ties to numerous industry organizations. From 2005-2020 she ran communications, publications and social media for the Themed Entertainment Association (TEA). In 2013, she was honored with the TEA Service Award. She was development director of IMERSA, and co-chair of the 2014 IMERSA Summit. She was publicist for the Large Format Cinema Association in the 1990s, now part of the Giant Screen Cinema Association (GSCA) and has also contributed to the publications of PLASA, IAAPA and the International Planetarium Society. Already making her mark as a magazine and book editor, Judith joined World’s Fair magazine in 1987, which introduced her to the attractions industry. Launching as a freelancer in the mid 1990s she has contributed to dozens of publications and media outlets including Funworld, Lighting&Sound America, Sound & Communications, Urban Land, The Raconteur and The Planetarian. She joined InPark in 2010. Judith earned a Bachelor of Fine Arts from Pratt Institute. She has lived in New York City and the San Francisco Bay Area, and now makes her home in Saint Louis, where she is active in the local arts and theater community.
Share
Facebook
Twitter
Linkedin
Email
Print
WhatsApp
Pinterest
ReddIt
Tumblr
Previous articleOcean Park Hong Kong names new CEO
Next articleTowering ICON Park attractions slated to open this December