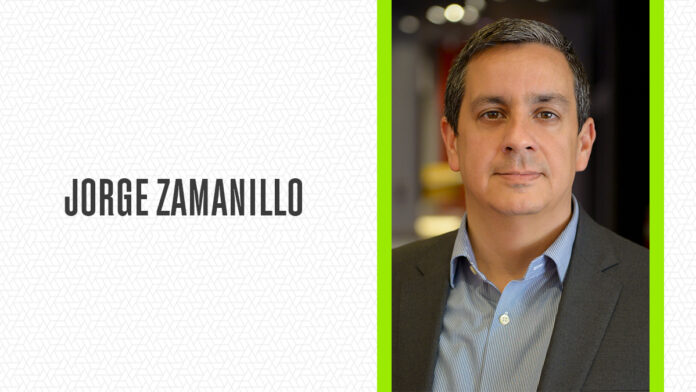 Jorge Zamanillo, executive director and CEO of HistoryMiami Museum, has been named founding director of the Smithsonian’s National Museum of the American Latino. The new museum was established by Congress in December 2020. His appointment is effective May 2.

Zamanillo began working at the museum in Miami in 2000 as the curator of object collections and, over time, organized several key exhibitions and programs, including renovating the museum’s permanent exhibition, “Tropical Dreams: A People’s History of Southern Florida” and curating “Operation Pedro Pan: The Cuban Children’s Exodus” in 2015. Before he was promoted to executive director and CEO, he served in several leadership positions at HistoryMiami — including deputy director, vice president of expansion projects and senior curator.

“Jorge’s accomplishments at HistoryMiami Museum highlight his commitment to exploring the full sweep of the American story by bringing to life the complex and profound narratives of Latinos in the United States,” said Lonnie G. Bunch III, Secretary of the Smithsonian. “His transformational leadership will be invaluable as we build this necessary museum from the ground up, helping us create a robust, dynamic, responsive museum that exemplifies what a 21st-century cultural institution should be.”

“It is an honor to be chosen to lead the development of this museum as the founding director,” Zamanillo said. “The Latino experience is American history, and I want to make sure our story will be preserved for future generations. This museum will celebrate Latino accomplishments and resiliency through powerful stories that capture the adversity faced over centuries by Latinos in the U.S. and their perseverance to move forward and create a legacy.”

In legislation establishing the museum within the Smithsonian, Congress stated the purposes of the museum are “to illuminate the story of the United States for the benefit of all by featuring Latino contributions to the art, history and culture of the nation since its early history.”

As executive director and CEO of HistoryMiami, Zamanillo manages the daily operations of a museum with a $6.2 million budget. He also led a $45 million expansion project (2015-2016) that added and renovated a new museum building, more than doubling the size of the museum, and created four additional exhibition galleries. In 2011, he was the project manager for the design and construction of the Miami Circle archaeological park in downtown Miami.

Zamanillo has helped transform the museum though exhibitions and programs that reflect the diverse communities of South Florida. Under his direction, the museum expanded the South Florida Folklife Center, dedicated to documenting, presenting and supporting the region’s traditional arts and culture, and added a dedicated permanent folklife gallery. The museum created the Center for Photography to collect, safeguard and share the photographic images that tell the stories of South Florida communities, and it expanded its Miami Stories initiative that documents life in Miami through written stories, video submissions and audio recordings, which are preserved in the museum’s archive and shared online and through local media outlets.

The museum, founded in 1940 as the Historical Association of Southern Florida and reorganized and renamed in 2010 as HistoryMiami Museum, now houses over 40,000 objects and more than 2 million images. It is a member of Smithsonian Affiliations, a network of more than 200 museums and cultural organizations that share exhibits, loan objects and support educational programming.

Before joining HistoryMiami Museum, Zamanillo was an archaeologist at the non-profit cultural resource management firm Archaeological and Historical Conservancy Inc. in Miami. He currently serves as the treasurer and is a board member of the American Alliance of Museums, is the president of the Florida Association of Museums and is a founding partner of Made By Us, an organization of museums and non-profits whose goal is to appeal to younger generations who will write history from their own perspectives.

Born in New York City, Zamanillo grew up in Miami and earned a bachelor’s degree in anthropology at Florida State University in Tallahassee and his master’s in museum studies at the University of Leicester in Leicester, England.

Since the legislation passed, the Smithsonian has named a board of trustees and commenced the site-selection process, conducting a site survey to identify a location on or near the National Mall for the new museum. Eduardo Díaz, director of the Smithsonian’s Latino Center, has served as interim director of the National Museum of the American Latino while leading the development of the Molina Family Latino Gallery, the museum’s first exhibition, scheduled to open at the National Museum of American History later this year.