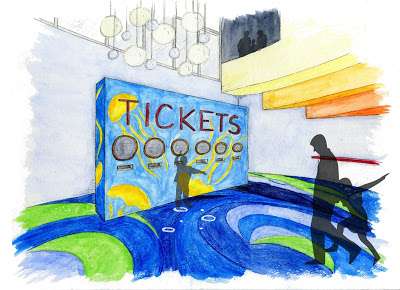 When I was a little girl, I wanted to grow up to be a Disney Princess—Belle, specifically. Never mind the fact that she was a cartoon character; kids will have their dreams.

As I grew up, princess dresses were set aside for paintbrushes, musical instruments, needle and thread. It wasn’t until high school, when I went backstage at Disney to march in a parade, that it dawned on me that I could still be a part of the magic. Never mind wearing the princess dresses (I’m too tall to play Belle, anyway)—I wanted to create them. 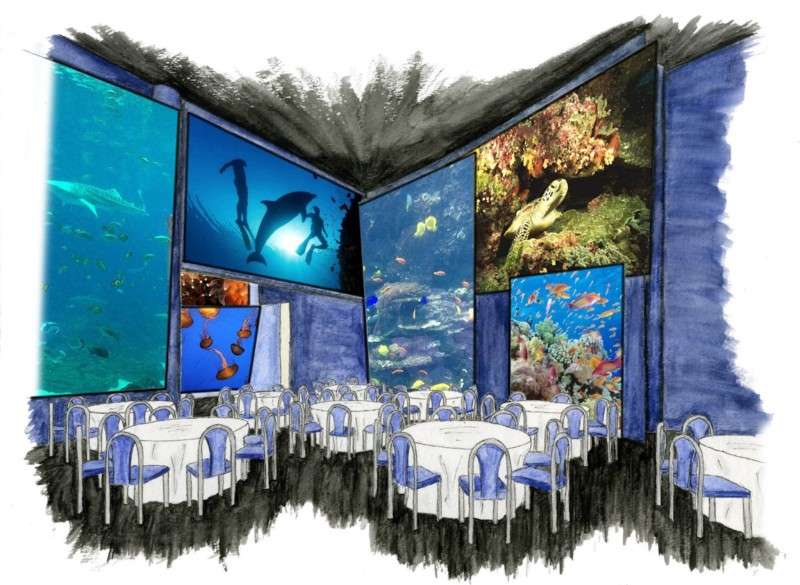 Now, I’m the stubborn type. The program was planned again for a second year, and I had to find a way in. Peter Weishar, the dean of the School of Film and Digital Media, leads the program. I approached him and asked what I could do. He recommended I learn about the industry by getting involved with the Themed Entertainment Association (TEA). With a brandnew student membership and last-minute hotel reservations in hand, I headed for Florida to attend TEA’s annual SATE conference. 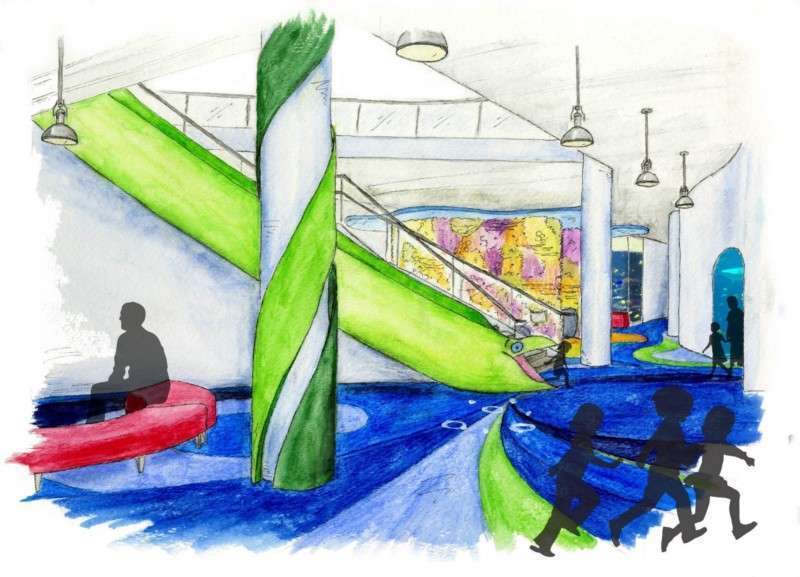 I left SATE feeling extremely encouraged, with a pocket full of business cards to boot. People wanted to stay in touch, to see how students in the industry are faring. TEA past president Steve Thorburn is one person I owe tremendous thanks to – it turned out that his company Thorburn Associates’ North Carolina office is just down the street from my mom’s, and he invited me in for a day to see how things worked. It was a great experience, and yet another moment that showed me just how welcoming the industry is to young talent.

That trip and my experiences connected to SATE prepared me for the daunting task of searching for internships, which I began shortly after returning to Savannah. TEA Directory in hand, I sent emails to at least 40 companies, hoping and praying that someone had a place for me. It was time to add real-world experience to what I’d been learning in classes. 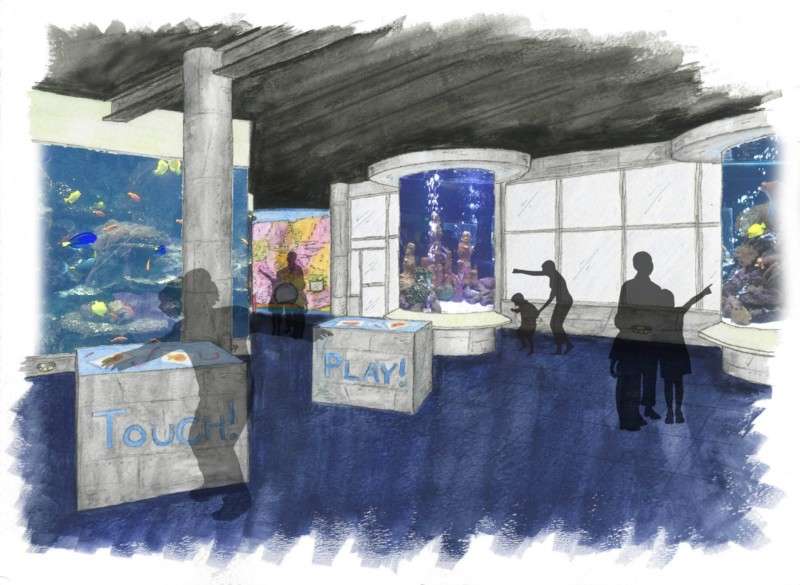 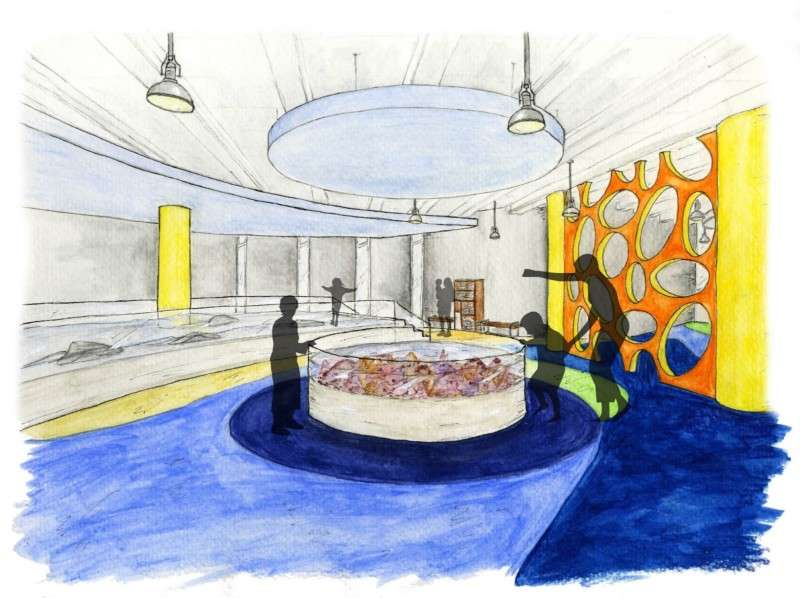 TEA continues to work hard to establish programs for students, including a mentoring initiative. I’m grateful that the organization provided me a student scholarship towards my attendance to the Summit and Thea Awards: I’m not sure I could have attended the events otherwise. There are so many people there who’ve been in the industry for decades and have worked on projects that have changed the face of entertainment design. They have a wealth of knowledge to offer and are clearly interested in sharing it via TEA’s expanding NextGen programs and Academic Memberships. On the flip side, there are many of us, young and eager, who can’t wait to break into the field but just aren’t sure where to get started.

As for me, I can’t wait to dive in. I’ve spent all this time learning, working, planning, and dreaming. It may seem easy reading about it now, but none of the things I’ve mentioned here was easy. The biggest lesson I’ve learned in all this can be boiled down to one word: persistence. I hope that my story as described here can help and encourage other students and young professionals to do the same – to persist; to keep striving. As the man who started it all, Walt Disney, said, “if you can dream it, you can do it.” I dreamed it. It’s time to start doing. www.ariellerassel.com • • •

MORE ON EDUCATION IN THEMED ENTERTAINMENT:

Joe Kleimanhttp://wwww.themedreality.com
Raised in San Diego on theme parks, zoos, and IMAX films, InPark's Senior Correspondent Joe Kleiman would expand his childhood loves into two decades as a projectionist and theater director within the giant screen industry. In addition to his work in commercial and museum operations, Joe has volunteered his time to animal husbandry at leading facilities in California and Texas and has played a leading management role for a number of performing arts companies. Joe previously served as News Editor and has remained a contributing author to InPark Magazine since 2011. HIs writing has also appeared in Sound & Communications, LF Examiner, Jim Hill Media, The Planetarian, Behind the Thrills, and MiceChat His blog, ThemedReality.com takes an unconventional look at the attractions industry. Follow on twitter @ThemesRenewed Joe lives in Sacramento, California with his wife, dog, and a ghost.
Share
Facebook
Twitter
Linkedin
Email
Print
WhatsApp
Pinterest
ReddIt
Tumblr
Previous articleFirst SPACES Center opens at Irvine Spectrum with VR quest to fight Terminators for the future
Next articleProjection killed the video star