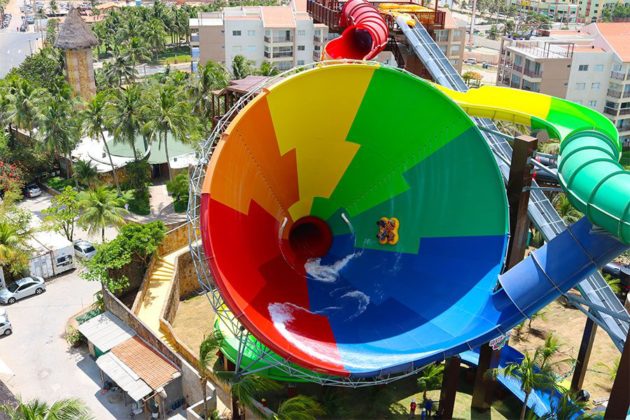 Regional park operators tell us that a major reason for new attractions and events is to draw repeat visitation from season pass holders. Can you weigh in on how season pass admissions fit into the overall visitation picture? 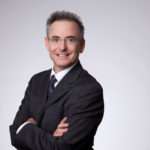 Brian Sands: We don’t drop down into season pass level of detail. However, a successful season pass program increases revenue at same the same time as it increases attendance. Traditionally, while season passes can be used to push attendance, they often have a lower revenue impact. Companies like Six Flags and Cedar Fair appear to have changed the equation. They’ve got the season pass pricing correct; they may have blackout periods, allowing for more general admission at high attendance times; and they’re improving offerings in their parks in both food & beverage and retail.

Data from Visit Florida indicates that tourism to Florida attractions from South America, especially Brazil, decreased significantly in 2016 for economic and political reasons. Were South Americans visiting their local parks instead?

Sands: With the exception of Hopi Hari in São Paulo and Parque Mundo Aventura in Bogota, we saw strong numbers in Latin America. Hopi Hari is a unique case in the Brazilian market that has had some challenges on an ongoing basis – accidents, strikes, and bankruptcy. The park is transitioning to new ownership and we’ll see what happens. The Brazilian economy has been challenged for quite some time, but the emphasis on domestic tourism has benefited Brazilian parks. Beto Carrero has been strong, as have Brazilian waterparks, like Thermas, Hot Park, and Beach Park. In Florida, there have been some declines at Disney because of the Latin American situation, but they’re marginal.

Beach Park in Aquiraz, Brazil added a new ProSlide attraction in 2016 and saw a 7% increase. SeaWorld Orlando added a new hypercoaster the same year and attendance dropped 7%. Is this an indicator that new attractions alone are not enough to drive up attendance?

Sands: SeaWorld has been working diligently to improve its situation. It brought in a new CEO, ended the breeding of killer whales, and created a partnership with the Humane Society of the United States. It’s now moving to make reinvestments in its parks. But you’re correct. A new land or ride will not always work if the operator is facing headwinds. This could have happened in any number of challenged parks.

Merlin Entertainments remains #2 on the worldwide theme park groups. How have the group’s investments in hotels at their theme parks and in midway attractions contributed to this position?

Sands: Merlin is running an effective strategy, focusing on all sides of their business simultaneously. They continue to do well with their midway attractions, while reinvesting in larger parks, and adding more resort product. It’s a well-rounded approach. They’re also very strategic in locating their midway attractions in high tourist traffic destinations.

Numbers for Ocean Park and Hong Kong Disneyland are significantly down for the second year in a row. Two years ago, we had discussed the restrictive change in policy for Mainland Chinese to visit Hong Kong. Can international and local visitation offset the reduced numbers from the Mainland? 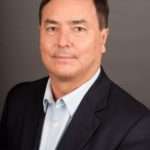 Chris Yoshii: The decline in attendance at Hong Kong theme parks is almost entirely due to the decreased attendance from Mainland Chinese.  Hong Kong residents and international travelers are going to the parks more than ever, so it’s really just the Mainland Chinese market. Visitation to Hong Kong from Mainland China has dropped as more Chinese visit other foreign countries like Thailand and Japan. Reduced tourism is only part of the problem. We also believe competition is also a factor. As more large scale theme parks are built in China, tourists have less reason to come to Hong Kong for theme parks. To remain competitive, both Hong Kong Disney and Ocean Park need to invest in new and marketable attractions.

Looking through the Theme Indexes back to 2006, there always appears to be an Australian waterpark listed, but never an Australian theme park. What are the factors limiting attendance in Australian parks as compared to other parts of the Asia Pacific region?

Yoshii: Australia simply has a finite population which limits attendance. Shanghai city has about as much population as all of Australia.

Five of the top 20 parks in North America have substantial animal collections, compared to only three of the top 20 in Asia Pacific – Everland, Ocean Park Hong Kong, and Chimelong Ocean Kingdom. Zoological theme parks and marine life parks are a growing industry in China, with new endeavors from Chimelong, Haichang Ocean Park, and others. Does this say something about visitor preferences in China?

Yoshii: Zoos and safari parks are not classified as theme parks. For example, Chimelong has the Safari Park in Panyu, which is very popular. It shows up in the total attendance for Chimelong Group, but not in the individual parks. Overall, we would say animal-based parks are as popular in China as in Western countries.

In Europe, both Disney parks saw a drop in attendance, with the Disneyland park still ranked #1 for the EMEA region, dropping 14%. Can you elaborate?

Sands: The weather in Paris this year was a tremendous factor, definitely an issue, with the Louvre and other Parisian institutions being threatened with flooding. There may have also been some impact as well due to political and labor issues.

Three waterparks, but no theme parks, in the UAE made the list. Will we see this change?

Sands: There have been some big openings lately in Dubai, but they came towards the latter half of the year. We will see what happens in 2017.

What are some of the key attributes for a theme park that bring successful attendance growth?

Sands: The use of strong compelling storytelling combined with good experiences and the leveraging of good IP is the driver. The pull needs to be compelling experiences and the use of technology as it’s currently available. Attendance will grow over time if there’s a major investment in IP [intellectual property]. Guardians, Star Wars, Pandora, are all good examples of IP attractions. Non-IP investments, such as Volcano Bay, can be successful as well, but I guess you can call that creating a brand in its own right. We’re also seeing increased investments on the resort side. There are more mid-size players using this strategy, such as Merlin. Retail and dining are strong catalysts as well. Parks certainly benefit from a growth of the middle class. Ultimately, for a park to be successful, it must analyze and use data about its visitors and their habits.

Joe Kleimanhttp://wwww.themedreality.com
Raised in San Diego on theme parks, zoos, and IMAX films, InPark's Senior Correspondent Joe Kleiman would expand his childhood loves into two decades as a projectionist and theater director within the giant screen industry. In addition to his work in commercial and museum operations, Joe has volunteered his time to animal husbandry at leading facilities in California and Texas and has played a leading management role for a number of performing arts companies. Joe previously served as News Editor and has remained a contributing author to InPark Magazine since 2011. HIs writing has also appeared in Sound & Communications, LF Examiner, Jim Hill Media, The Planetarian, Behind the Thrills, and MiceChat His blog, ThemedReality.com takes an unconventional look at the attractions industry. Follow on twitter @ThemesRenewed Joe lives in Sacramento, California with his wife, dog, and a ghost.
Share
Facebook
Twitter
Linkedin
Email
Print
WhatsApp
Pinterest
ReddIt
Tumblr
Previous article
WhiteWater Southeast Asia to Showcase Waterpark Offerings at Asian Attractions Expo
Next article
Luna Park Celebrates 90th Anniversary of Coney Island Cyclone