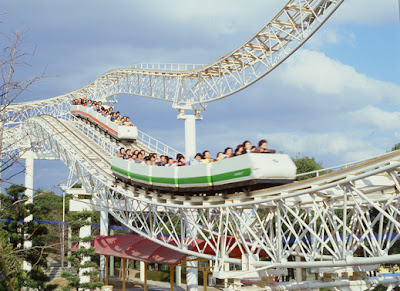 Logan, UT, USA (June 19, 2012) — Sansei Yusoki Co., Ltd., of Osaka, Japan, listed on the Osaka Stock Exchange, 2nd Section (Code No. 6357), and S&S Worldwide, Inc., of Logan, Utah, are pleased to announce that they have entered into a binding agreement whereby Sansei will invest in S&S. The parties anticipate that this arrangement will lead to a stronger alliance. The transaction is scheduled to close on July 3, 2012.

The headquarters and manufacturing facilities of S&S will remain in Logan, Utah, and its current President and CEO, Rich Allen, will remain as President and CEO. Allen said, “The financial strength of Sansei, coupled with their strong engineering and manufacturing focus, will be a tremendous complement to S&S’s patented portfolio and strong sales success all around the world.” Kevin Rohwer, Vice President of Sales and Marketing, will also remain in his role with S&S, continuing to lead the company’s sales and marketing efforts.

Both companies have long histories in the development of amusement rides around the world. Current Chairman of the Board of S&S Worldwide, Jeff Koffman, who will also remain after the transaction, said, “It has been a pleasure getting to know the Sansei team, led by Makoto Nakagawa. I am excited about his vision for the future. Both companies are convinced that, with the strength of the combined entities, S&S will gain further market share in the roller coaster and high-end segment in the amusement industry.”

Joe Kleimanhttp://wwww.themedreality.com
Raised in San Diego on theme parks, zoos, and IMAX films, Joe Kleiman would expand his childhood loves into two decades as a projectionist and theater director within the giant screen industry. In addition to his work in commercial and museum operations, Joe has volunteered his time to animal husbandry at leading facilities in California and Texas and has played a leading management role for a number of performing arts companies. Joe has been News Editor and contributing author to InPark Magazine since 2011. HIs writing has also appeared in Sound & Communications, LF Examiner, Jim Hill Media, and MiceChat. His blog, ThemedReality.com takes an unconventional look at the attractions industry. Follow on twitter @ThemesRenewed Joe lives in Sacramento, California with his fiancé, two dogs, and a ghost.
Share
Facebook
Twitter
Linkedin
Email
Print
WhatsApp
Pinterest
ReddIt
Tumblr
Previous article2012 Asian Attractions Expo Breaks Records for Annual IAAPA Show Supporting Asian Marketplace
Next articleAlcorn McBride Equipment Tells Story of Mob in Las Vegas