World’s fairs planned and proposed, 2017 and beyond

InPark’s world’s fair specialist Jim Ogul reports on how world’s fair organizations and bids are doing in Europe, the Middle East and the US.

Image at top: Rendering of 2017 expo in Astana, Kazakhstan

Still relevant after all these years

Why hold a world’s fair?

What is it that inspires cities and countries in the 21st century to vie for the right to host an event that made its first appearance in 1851 (London’s Crystal Palace Exhibition)?

Dubai is visibly underway with its preparations for Expo 2020 that include significant infrastructure (see details below) and an extensive marketing campaign already launched. Toronto, Paris, Rotterdam, San Francisco and Houston are at present actively recruiting support and competing for the right to host the 2025 world’s fair – a major, three-month event that will be approved and overseen by the Bureau of International Expositions (BIE).
Between 2020 and 2025, BIE regulations allow one smaller, specialized, three-month expo which 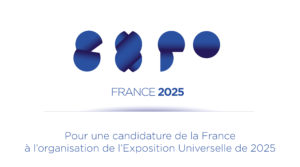 could go to Lodz, Poland or Minnesota, USA – both endeavoring to qualify for the 2022-23 slot.

Just as they did in 1851, world’s fairs bring with them major infrastructure improvements and focused interest in the host nations. They offer participating countries the opportunity to reach audiences in the tens of millions and enhance business interests as well as international diplomacy. They catalyze innovation and business in a number of ways. 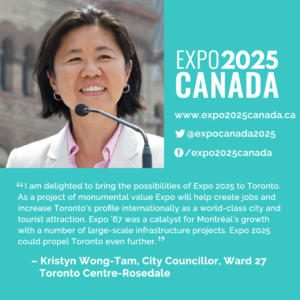 Critics of world’s fairs say they have outlived their usefulness; yet there is no shortage of world-class cities showing strong interest: either wanting to host, or having hosted in recent history. We think Toronto, Paris, Rotterdam, San Francisco, Milan, Shanghai, and Hanover know what they’re about – in addition to the scores of countries, international organizations and corporations that step up to participate, year after year, decade after decade, century after century.

World’s fairs may have been hanging in the closet a long time, but they’re still very much in style.

Will the US rejoin the BIE?

Minnesota wants to host a world’s fair in 2023 and its bid would be due by December 2016. As we reported in a previous article, it is essential to Minnesota’s bid that the US be a member of the Bureau of International Expositions (BIE), but the US withdrew its membership in 2001. 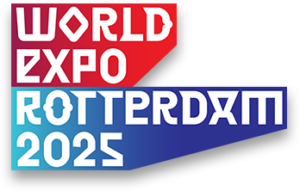 That its country be a member of the BIE is essential to any city’s bid to host a world expo, and current efforts to have the US rejoin are moving impressively fast. The team working to make this happen has secured the language (see below) it wanted in the Senate Appropriations Reports (both Commerce and State Sub-Committees) and is moving on to a standalone bill. In addition, the U.S. Conference of Mayors has just issued a resolution urging the State Department to rejoin the BIE.

The U.S. has hosted many memorable and celebrated world expos, but for the past 32 years, the cities that have earned the opportunity to host have been in Europe and Asia. The recent, successful Milan Expo 2015 drew attendance over 21 million. Shanghai Expo 2010 hosted a record 73 million visits. The next full-scale world’s fair will be in Dubai in 2020.

Smaller in scale and shorter in duration than Milan 2015, Shanghai 2010 or the pending Dubai 2020, Expo 2017 will take place over three months in Astana, Kazakhstan, opening June 10. As of this writing, 90 countries have agreed to participate and organizers project the event will attract 5 million visits.

Astana’s national participants will occupy space in structures built and provided by the expo. with no need to put up a structure. Participants are in various stages of preparation; Japan has already released renderings of its planned exhibit.

The National Company “Astana EXPO-2017” has signed a Memorandum of Cooperation with UN World Tourism Organization to hold a joint conference on “Tourism and the Energy of the Future” in Astana during EXPO-2017 in late June 2017. Tourism ministers from 150 countries are expected to participate.

Kazakhstan’s President Nazarbayev announced the establishment of the Astana International Financial Center at the expo site following Astana Expo 2017. Long-range planning that incorporates residual use is becoming more and more integral to world’s fairs. All of the buildings at Astana Expo 2017 will be permanent.

Dubai Expo 2020 site preparation is underway with plans to complete major construction a year ahead of the Expo’s Opening Ceremony, on October 20, 2020.

Securing corporate partnership is integral to today’s Expo development and operations. In the last two months, Expo 2020 Dubai has signed up three Premier Partners, Emirates Airline, Etisalat and DP World in a series of deals worth hundreds of millions of US Dollars.

Dubai’s Roads & Transport Authority (RTA) has awarded a Dh10.6-billion ($2.8 billion) Route 2020 contract to the Expolink Consortium, to construct a metro link to the Expo 2020 site. The main Expo Station design has been inspired by the wings of an airplane, and the 15 trains that will transport visitors on Route 2020 will come equipped with an upgraded interior design to accommodate more passengers.

The Route 2020 extension will branch out from Nakheel Harbour and Tower station and end at the Expo 2020 site near Al Maktoum International Airport. 10.5 km will be elevated, while 4 km will be underground. The journey from Dubai Marina to the Expo will take 16 minutes. Expo’s have routinely triggered regional infrastructure improvements and have accelerated their implementation.  In addition to facilitating transit to the Expo, the project will have an important legacy impact, providing commuter transportation to the Gardens, Discovery Gardens, Al Furjan, Jumeirah Golf Estates, and Dubai Investments Park communities, serving about 270,000 residents and office workers.

The Republic of Poland has recently submitted a formal letter of candidature to the BIE to organize the Specialized Expo 2022 in the city of Łódź. This is the first bid so far for this particular slot, which will be the next specialized expo to be held after Astana 2017. These smaller Expos can can last up to three months and are designed to respond to a specific challenge facing humanity. The most recent Specialized Expo was held in the city of Yeosu in the Republic of Korea in 2012. It attracted more than 8 million visitors under the theme ‘The Living Ocean and Coast.’

Meanwhile, China will host the next such horticultural expo, in Beijing in 2019. Organized under the theme ‘Live Green, Live Better,’ it will be the second Horticultural Exhibition to be held in China, 20 years after Expo 1999 Kunming. The 960-hectare site will include four themed pavilions, a performing arts center and some 100 outdoor gardens.