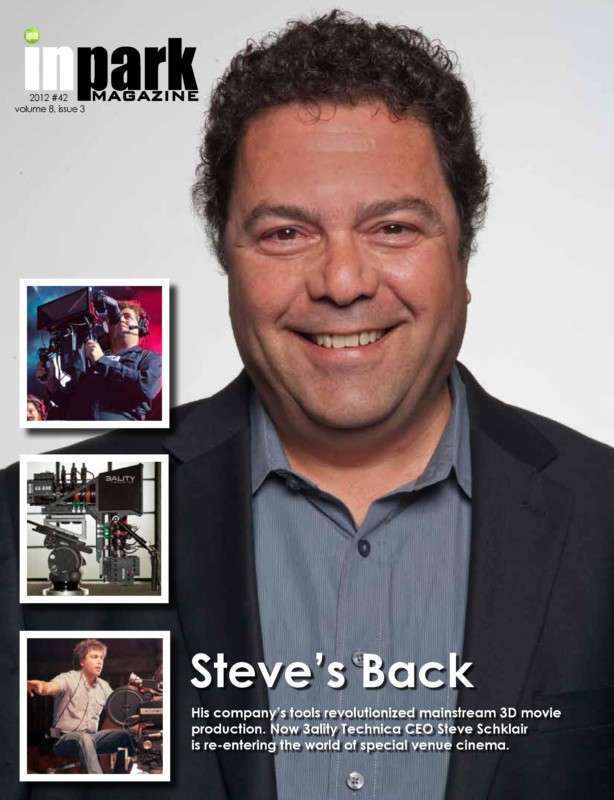 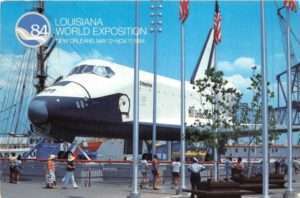 In 1984, I was 13 and my family visited New Orleans for the Louisiana World Exposition. Undoubtedly, a highlight of the visit would be the Space Shuttle Enterprise. That’s because I come from a family of Star Trek fanatics, so the shuttle bearing the name of the famed Starship Enterprise was by all means going to be on our agenda.

However, once there, I found myself more interested in other exhibits flanking the shuttle.

On one side was the United States national pavilion. This venue would mark my first time playing with touch screens and seeing a 3D film through polarized lenses.

On the other side was the US Army Corps of Engineers Dredge Kennedy, built in 1932. Inside the restored vessel, in a small theater, a 15 minute film took viewers on a trip down the entire length of the Mississippi, from its headwaters at Lake Itasca, Minnesota to its Delta on the Gulf of Mexico.

Watching the film, I realized that you don’t always need whistles, flashing lights, moving seats and giant screens to be an amazing media-based attraction. Quality presentation, combined with quality film-making, is sometimes all that’s required to enthrall an audience.

Two years later, I would discover what became one of my favorite films of all time – the whimsical “Rainbow War,” which was produced for the Canadian Pacific pavilion at Expo 86 Vancouver, directed by Bob Rogers and lensed by Reed Smoot. I told Bob about this at last year’s IAAPA Attractions Expo in Orlando and he was kind enough to send me a recently restored version on blu-ray.

The magic of Rainbow War is that it doesn’t matter where I’ve see it – at a World’s Fair, inside the Omnimax dome at the Fleet Science Center, or on the 50 inch screen of a home theater system – I’ve always gotten the same result: a smile on my face and, now, a return to being a teen in the ’80s all over again.

While planning this issue, co-editor Judith Rubin commented that our foray into media based attractions was turning into a retrospective on the 1980’s. It’s true that so much of the current technology popular in parks and attractions really had its roots in innovations developed some 25 years ago.

While I was just losing my baby teeth in the 80’s, others were cutting their professional teeth on new camera rigs, projection systems, ride films and new methods for storytelling. The work they did, borne out of the big movie studios, and nurtured by popular global expositions, laid the very foundation for the modern media-based attraction.

As we discovered, one cannot talk about the latest trends and technologies in this field without discussing this shared past, which comes up repeatedly in this issue. It also informs the future of our industry, and at the very least provides a signpost directing the way to go. The most successful in our industry have taken those historical lessons to heart and are charting a path forward to more exciting and innovative experiences.

In fact, we are in a new “80s” period in themed entertainment now, in terms of the digital revolution and the tools therein. We are standing on the brink of a creative explosion that will be facilitated by that technology, and our industry creatives are only just beginning to realize its potential.

what’s next? roundtable discussion on the future of media based attractions

repeatability & content 4D for the regional park • by Brent Young

much ado about gamification interactivity in experience design • by Dave Cobb

Joe Kleimanhttp://wwww.themedreality.com
Raised in San Diego on theme parks, zoos, and IMAX films, Joe Kleiman would expand his childhood loves into two decades as a projectionist and theater director within the giant screen industry. In addition to his work in commercial and museum operations, Joe has volunteered his time to animal husbandry at leading facilities in California and Texas and has played a leading management role for a number of performing arts companies. Joe has been News Editor and contributing author to InPark Magazine since 2011. HIs writing has also appeared in Sound & Communications, LF Examiner, Jim Hill Media, and MiceChat. His blog, ThemedReality.com takes an unconventional look at the attractions industry. Follow on twitter @ThemesRenewed Joe lives in Sacramento, California with his fiancé, two dogs, and a ghost.
Share
Facebook
Twitter
Linkedin
Email
Print
WhatsApp
Pinterest
ReddIt
Tumblr
Previous articleCinemark partnering with SPACES to provide immersive VR experience
Next articleJennifer Miller named VP Content Development at The Producers Group