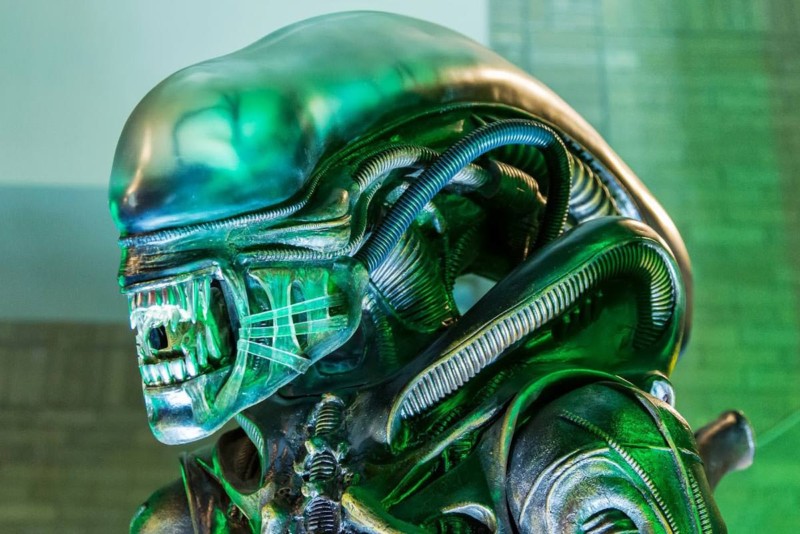 Part One of this 2-part interview addressed the challenges and benefits of transforming cinematic intellectual property into a built environment, and the task of building the right creative team for the project. Part Two, below, delves further into specific IPs, design and sponsorship.

Plans for the integrated theme park and resort were announced Nov 3 by Al Ahli Holding Group (AAHG) in an international licensing partnership with Twentieth Century Fox Consumer Products. Design and production services are being provided by Rethink Leisure & Entertainment. Intellectual properties (IPs) that will come to life in the park include The Simpsons, Planet of the Apes, Alien, Sons of Anarchy and Ice Age.

Tell us about how you will integrate sponsorship into the project.

Scott Ault: We’ve hired in house staff who are starting the sponsorship process. We’re identifying what brands in the region work with the IPs. The staff we brought on is very experienced at marrying brands with IPs and knows how to create the right kind of synergy.

Tell us what you can about how some specific IPs will be treated.

SA: Ice Age will have to have certain characters, but we’re not re-creating something from a previous film; neither will we detract or counter anything in a previous film. Same with The Simpsons, where you can count on getting a cold glass of Duff Beer.

Greg Lombardo: It is similar to a comic book series. Fox recently announced an Avatar partnership, and there are whole, untapped chapters of that universe. Sons of Anarchy has a devoted following and we will make the most of this opportunity to bring its elaborate culture of motorcycle gangs, political rivalry and street justice to a new platform.

SA: We are strategically hiring people who have experience with particular brands. For example, the art director for the Aliens and Planet of the Apes areas has been closely involved in creative on the original movie and all the subsequent titles, down to character, costume and puppets.

SA: We did a lot of benchmarking across parks around the world. Dubai is a major transport hub with a lot of international air traffic and long-term growth potential. The visitor base includes expatriates: Europeans, Filipinos and a large population from the subcontinent. It’s already a major shopping destination. Hotel rooms are increasing exponentially in anticipation of Expo 2020, and there will be a need to sustain the demand for those rooms after the world’s fair closes. The new theme parks in development, including Fox World, will help. Our partner Al-Ahli Holding Group is very thoughtful about that.

Judith Rubin
Judith Rubin ([email protected]) is a leading journalist, publicist, strategist, blogger, content marketing specialist and connector in the international attractions industry. She excels at writing about all aspects of design and technical design, production and project management. Areas of special interest include AV integration and show control, lighting design and acoustics, specialty cinema, digital video and world’s fairs. Judith has ties to numerous industry organizations. From 2005-2020 she ran communications, publications and social media for the Themed Entertainment Association (TEA). In 2013, she was honored with the TEA Service Award. She was development director of IMERSA, and co-chair of the 2014 IMERSA Summit. She was publicist for the Large Format Cinema Association in the 1990s, now part of the Giant Screen Cinema Association (GSCA) and has also contributed to the publications of PLASA, IAAPA and the International Planetarium Society. Already making her mark as a magazine and book editor, Judith joined World’s Fair magazine in 1987, which introduced her to the attractions industry. Launching as a freelancer in the mid 1990s she has contributed to dozens of publications and media outlets including Funworld, Lighting&Sound America, Sound & Communications, Urban Land, The Raconteur and The Planetarian. She joined InPark in 2010. Judith earned a Bachelor of Fine Arts from Pratt Institute. She has lived in New York City and the San Francisco Bay Area, and now makes her home in Saint Louis, where she is active in the local arts and theater community.
Share
Facebook
Twitter
Linkedin
Email
Print
WhatsApp
Pinterest
ReddIt
Tumblr
Previous articleSpace Next from BIG & Digital rolls out in US at National Infantry Museum and Europe at Tycho Brahe Planetarium
Next articleMedialon Manager V6 Takes Sensorama’s VIX Visitors on Ride Beneath the Waves