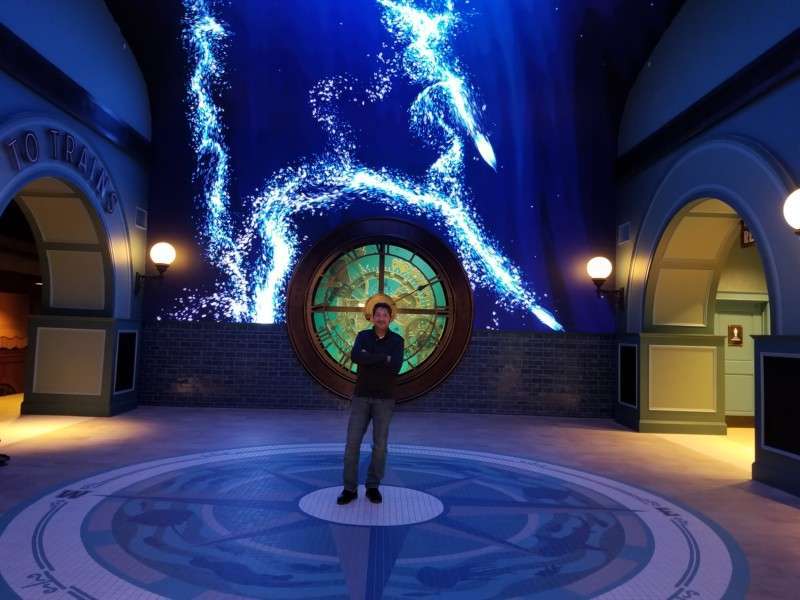 The new St. Louis Aquarium at Union Station officially opens to the public on 25 December 2019. St. Louis is home for InPark editor Judith Rubin and she has been following the project along with the other entertainment developments that have preserved the structure of the historic train station while transforming it into a modern entertainment and hospitality complex that is helping bring new tourism to the downtown area – thanks to owner/developer Lodging Hospitality Management (LHM).

John Miceli of DE-ZYN, providing (under contract to LHM) much of the audiovisual design, interactives and content for many spaces of the new aquarium, gave us a tour during soft opening week. This is Miceli’s second project for LHM’s Union Station remake, the first being the permanent projection mapping installation at the Grand Hall which was honored with a TEA Thea Award in 2014.

LHM is a well-established developer based in St. Louis with a track record of success revitalizing hospitality properties. The Union Station project also includes a new observation wheel, the 200-foot St. Louis Wheel™ and traditional soda fountain which opened 30 Sept 2019. LHM has made it a priority throughout to celebrate St. Louis history and traditions and to keep a regional flavor. The new aquarium ties together themes of Union Station history and river culture (the Missouri and Meramec rivers both flow through the region). Local sons John Goodman and Jon Hamm have both lent their celebrity to the development.

In addition to DE-ZYN, the creative team for the new aquarium includes PGAV Destinations, The Nassal Company, Smart Monkeys, Total Media Creative and Moondog Animation Studio. The aquarium is being operated by animal attraction specialist ZoOceanarium which has been on board throughout the process.

InPark has been staying on top of other St. Louis entertainment development projects such as the recent refresh of the St. Louis Arch Museum and redesign of the Arch grounds and upgrade of the Arch tram ride.