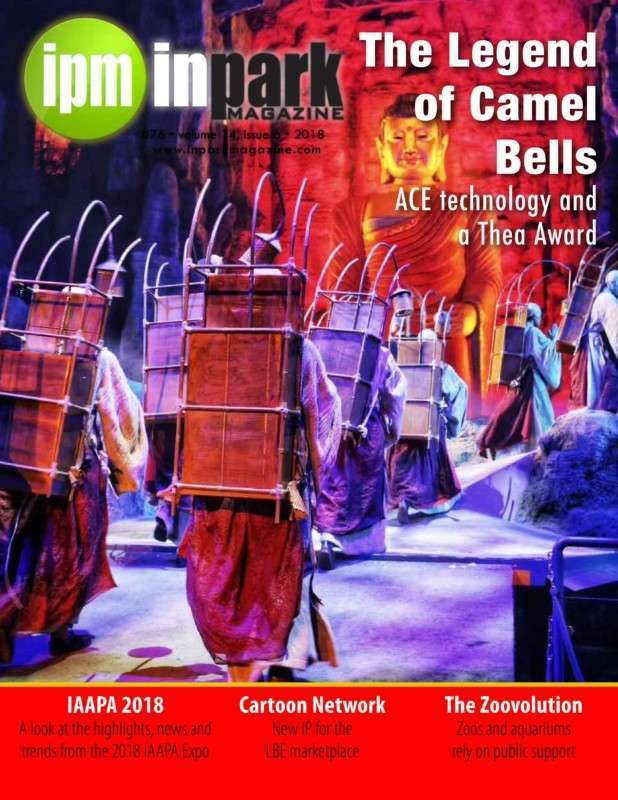 The Legend of Camel Bells will receive a Thea Award this year. The show is a spectacular blend of live actors, rotating sets, and dazzling special effects.

Niche is nice, but broader is better

Compared to the film and TV industry that predates it, themed entertainment has traditionally been small, compact and laser-focused on a few big theme park clients.

But visiting Orlando’s IAAPA Expo last month made it clear that the industry is growing – evidenced not only by the expanded and still sold out exhibit floor but also by the reach of the market. Large theme parks are not the only customers seeking themed entertainment’s expertise.

It’s a story we at InPark have been telling for some time now. Technologies advance and innovations drive down cost. What was once only available for big-budget players becomes accessible to many. Six Flags’ JUSTICE LEAGUE™ dark rides provide a prime example.

As an industry, themed entertainment has been discovered and opportunities are now popping up in new places. The smartest folks will be adapting their products and services to meet the needs of the industry’s expanding customer base. As your industry publication, we will be here to help chart the course and continue to write about themed entertainment’s success stories. 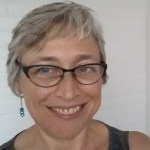 Are we missing the point about VR? It’s easy to get caught up in the noise around this presentation technology. Virtual Reality carries a lot of baggage between the jaded skeptics (including yours truly) who saw it come and go in the 1990s, the hype, and the headset wars. But at the 2018 IAAPA Expo in Orlando, there were some truly effective presentations, even transcendent.

As a media delivery tool, the VR headset needs to be so good that it makes the headset go away, freeing the end user to dive into the experience. At IAAPA Orlando, we saw this starting to happen. Some exhibitor setups were successful to the point that the headset became something like a portal to another world.

VR is also being used as a pre-visualization tool, and some IAAPA exhibitors used VR previz to demonstrate and market immersive theater installations and concepts. They succeeded in ways they had not anticipated. Customers wanted to buy the previz experience itself; it was so good, it made the theater go away! Another wakeup. The buyers were looking for unique, affordable, media-based experiences – the promise of VR – and they knew when they’d found them, even if the exhibitors themselves didn’t quite know what they had.

These breakthroughs serve as a reminder that great experiences are written on technology that has been made transparent.

News from the IAAPA Orlando floor

Joe Kleimanhttp://wwww.themedreality.com
Raised in San Diego on theme parks, zoos, and IMAX films, InPark's Senior Correspondent Joe Kleiman would expand his childhood loves into two decades as a projectionist and theater director within the giant screen industry. In addition to his work in commercial and museum operations, Joe has volunteered his time to animal husbandry at leading facilities in California and Texas and has played a leading management role for a number of performing arts companies. Joe previously served as News Editor and has remained a contributing author to InPark Magazine since 2011. HIs writing has also appeared in Sound & Communications, LF Examiner, Jim Hill Media, The Planetarian, Behind the Thrills, and MiceChat His blog, ThemedReality.com takes an unconventional look at the attractions industry. Follow on twitter @ThemesRenewed Joe lives in Sacramento, California with his wife, dog, and a ghost.
Share
Facebook
Twitter
Linkedin
Email
Print
WhatsApp
Pinterest
ReddIt
Tumblr
Previous articleThe zoovolution
Next articleHolovis brings Aquaman’s superpowers to life at Madame Tussauds Orlando

Back on the road