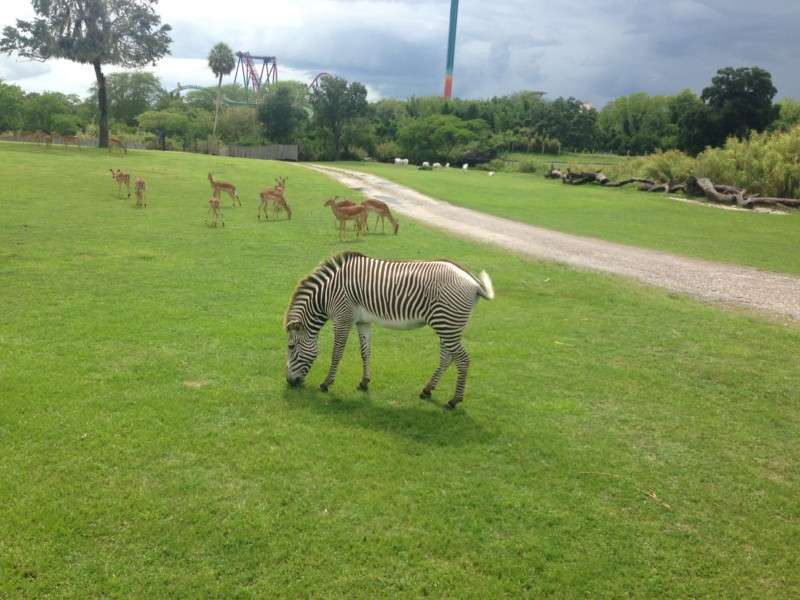 InPark’s zoo specialist Joe Kleiman reports from the session “Tales from the Field: How Zoos and Aquariums can Bolster Public Opinion,” which took place November 12, 2018 during the IAAPA Attractions Expo in Orlando, Florida.

In 2016, the travel booking website TripAdvisor made the decision to drop animal attractions that it determined did not meet its standards of animal welfare. This was the latest impact to an industry already affected by negative fallout stimulated by the film “Blackfish,” and subsequent legislation in California [see “SeaWorld Defends Itself Against California Bill to Ban Killer Whales in Parks” ].

Ted Molter, Chief Marketing Officer of San Diego Zoo Global reported that concerned zoos and aquariums approached IAAPA on how to protect their brand, resulting in the development of an IAAPA toolkit for the sector by the IAAPA Animals in Human Care Committee, which is comprised of six industry leaders in the global zoological attractions market.

One of the priorities laid out by the committee is that IAAPA members that showcase animals should be advocating on behalf of animal welfare – not just wildlife, but animals in human care as well. At the same time, they should distance themselves from facilities not meeting accreditation standards (Molter pointed out that a simple pathway toward the process is to join one of the many associations that accredit facilities). While maintaining that distance, it’s important not to ignore non-accredited facilities, as their animals may need assistance or housing down the road. The committee also recommended listening to others with opposing views.

According to Molter, the first thing a facility should do is to focus on the care of its own animals. Once that’s achieved, they can then focus on caring for animals in the wild. This serves a twofold purpose, as advocating care for wild animals can be seen as a deflection if the public believes poor animal welfare standards exist within one’s own facility, and it allows for lessons learned within the facility to be applied to the wild population.

Mike Chamberlain, Guest Experience Innovation Director at the Monterey Bay Aquarium, discussed how the aquarium successfully integrated stories and staff into its interpretive design. A study of aquarium visitors discovered that the majority of its visitors don’t read labels, and those that do spend less than 10 seconds reading. On premises, the aquarium discovered that only 9% of its visitors read labels, and usually for only 3-5 seconds each.

The aquarium decided to try new ways to reach visitors would be through redefining who’s giving the message. For example, whenever possible the aquarium uses its animal care staff – highlighting the human bond with the aquarium’s collection, as well as showcasing the care that goes into the facility’s animal husbandry.

All of the aquarium staff are trained to be guides – and are educated about the collection by the animal care staff, creating an extension of the messaging process. Chamberlain says, “An engaged staff is better for the guests. It also improves the internal culture.”

The aquarium also uses rescued animals – live and in short video presentations – as a link to conservation efforts. “Luna: A Sea Otter’s Story” shows the rescue of a California sea otter, her care under an innovative program at the aquarium where its resident otters serve as foster parents, teaching the orphans important survival skills and her eventual return to the wild. In addition to showcasing the aquarium’s rescue operations, the film also tells of the threats facing wild sea otters. Makana, a Laysan albatross, appears daily in a public program. Her story is not only one of her natural history, but a tale of the threats that plastics pose to wildlife in the ocean, and what aquarium visitors can do to make a difference.

Thane Maynard, director of the Cincinnati Zoo, shared his experiences dealing with the tragic death of the gorilla Harambe in 2016. A three-year-old had climbed over the barrier and into the pit of the gorilla exhibit. Harambe climbed down and grabbed the boy. The zoo had to make a split-second decision, deciding to shoot and kill the 17-year-old gorilla out of concern that, if agitated, he could harm the child.

As Maynard puts it, “This set forth a firestorm on the zoo.”

Working with his management team, Maynard put two processes immediately into motion. First, he went directly in front of the national press. “I shared the truth,” he says, “This was not something we wanted to put a spin on.” He also made internal communications between the zoo, its staff, its donors, and membership a priority.

“This was all about transparency and empathy,” he said. “There was no orchestrated script. There was no finger pointing.”

Maynard’s takeaway from the experience is multifold: “You need to first and foremost identify a spokesperson, and that person needs to stay positive, but not in the sunshine. Look to others for help, that’s why AZA and IAAPA exist. And double down on conservation. In the end, you want to rebuild trust.”

Less than eight months after Harambe’s death, Fiona, a premature hippo was born. She was not expected to survive. The animal care staff vowed to keep her alive and as she grew, she became a social media sensation and pride of the city. As juvenile hippos at the San Diego and San Antonio Zoos began to court her, what started as publicity jokes became an effort between the three zoos to teach the public about Species Survival Plans and how breeding matches are made at zoos.

But even Fiona’s success came with detractors. “People against zoos will always come up with something,” says Maynard, “PETA started complaining about the quality of her water. This water comes from the same river the water to my house comes from. But have you ever seen the water in the wild where hippos live? It’s full of parasites. Where’s PETA in East Africa?”

Nadine Lamberski, Chief Animal Health Officer at San Diego Zoo Global, discussed the importance of the Five Freedoms and their applications to zoos.

The Five Freedoms of Animal Welfare were formalized in 1979 by the UK Farm Animal Welfare Council and have become the gold standard for animal husbandry. They are:

1. Freedom from hunger or thirst

3. Freedom from pain, injury or disease

5. Freedom from fear and distress

Lamberski pointed out that in order to provide freedom from hunger or thirst, it’s important to understand the traits of the species, as no two are alike. Seasonal, temporal, and spatial needs must be taken into account. Monitoring of animals involves both their physical and cognitive health.

Freedom from discomfort is based on an animal’s ability to self-maintain. To address this, it’s important to look at the whole animal. An animal that has some semblance of control over its environment will be happier, and this leads to more play behavior.

In order to address injury and disease, zoos are focusing more and more on integrating technology from human medicine. This has resulted in more animals with optimal health conditions and the early diagnosis and treatment of disease.

Behaviors are an indicator of welfare. Proper welfare results in more interaction with the environment. Two key tools utilized in promoting natural behavior are choice and control – giving the animal the choice between a variety of options. Lamberski says, “The more choices an animal has, the more it can predict outcomes, and this allows the animal to control its environment.”

Lamberski points out that what may work for one individual may not necessarily work for another, but that, regardless of the environment, animals are constantly interacting. “It’s important that the animals are the ones making the decisions,” she says, “This way they have control.” • • •

InPark regularly covers zoos, aquariums and animal attractions from the standpoint of design and operations and the issues facing the industry. Here are some top, recent articles:

Joe Kleimanhttp://wwww.themedreality.com
Raised in San Diego on theme parks, zoos, and IMAX films, InPark's Senior Correspondent Joe Kleiman would expand his childhood loves into two decades as a projectionist and theater director within the giant screen industry. In addition to his work in commercial and museum operations, Joe has volunteered his time to animal husbandry at leading facilities in California and Texas and has played a leading management role for a number of performing arts companies. Joe previously served as News Editor and has remained a contributing author to InPark Magazine since 2011. HIs writing has also appeared in Sound & Communications, LF Examiner, Jim Hill Media, The Planetarian, Behind the Thrills, and MiceChat His blog, ThemedReality.com takes an unconventional look at the attractions industry. Follow on twitter @ThemesRenewed Joe lives in Sacramento, California with his wife, dog, and a ghost.
Share
Facebook
Twitter
Linkedin
Email
Print
WhatsApp
Pinterest
ReddIt
Tumblr
Previous articleLegends, camels & ACE
Next article#76 – 2018 Year end/Trade show round-up