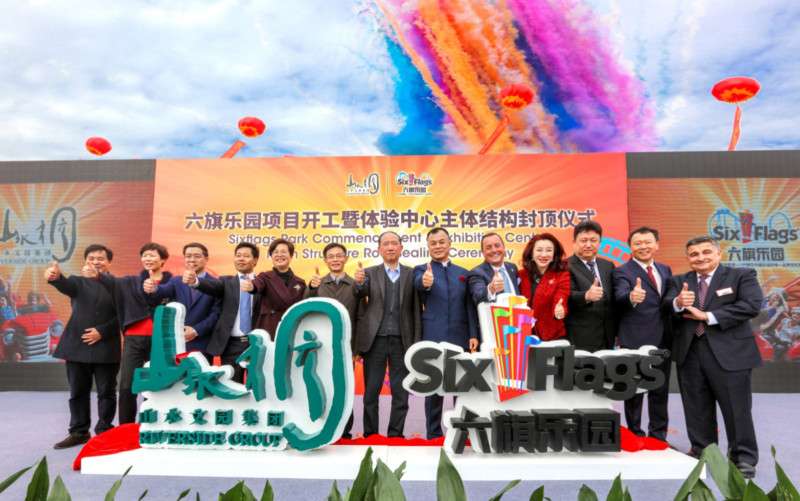 Selected by the editors of InPark Magazine

The industry in Asia

Top industry research and feasibility firm Entertainment + Culture Advisors (ECA) created this study of current Asian theme park development for InPark readers, revealing projects in the pipeline, operators active in the market, the busiest regions and how IP is being integrated. 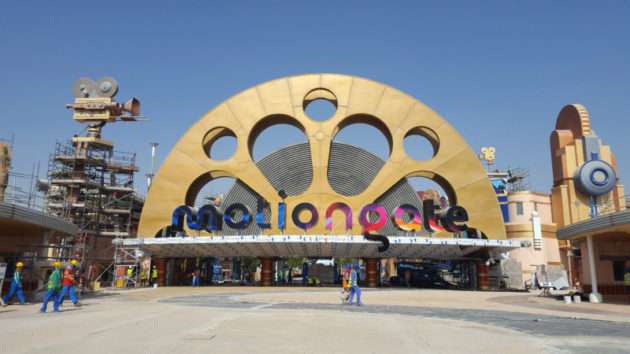 Industry economics specialists ECA and Morisetti Associates teamed up on this analysis of current activity in the Europe and Middle East markets, created for InPark readers. They report on such trends as the fast-paced development in the UAE, destination resorts, brand experiences and more. 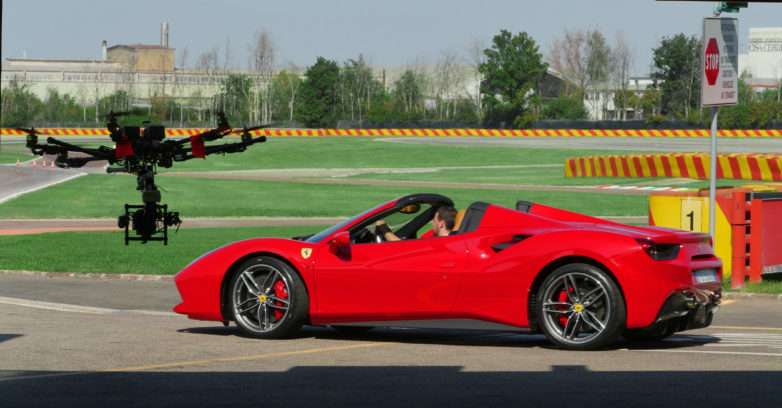 Flying theaters have become a competitive genre of simulation experience and media-based attraction. The media production team of “Flying Dreams” – a dream team of specialty cinema veterans – did pioneering work in the use of drones to capture the sweeping imagery for the projection dome and faced many unique challenges as they traveled around the world to film the show for Ferrari Land, the new third gate at PortAventura. 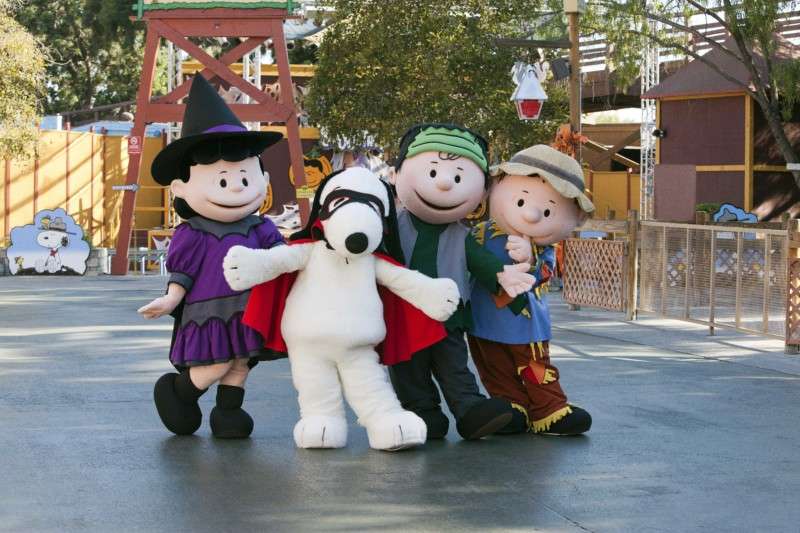 Year of the Dog

In view of the current, global appetite for IP in theme parks and location based entertainment, we took a close look at the longstanding (and recently renewed) agreement between Peanuts and Cedar Fair. Four primary attributes emerged from our analysis, and they’re all good news for the attractions industry.

World’s fair specialist James Ogul brings his insider perspective to the international expo scene for InPark readers. While there has not been an expo on North American soil since the 1980s, countries and cities in Europe, Asia and South America compete to host these events and leverage their benefits. The most recent was in Astana, Kazakhstan in 2017, and this comprehensive overview was one of our most-viewed stories of the year. 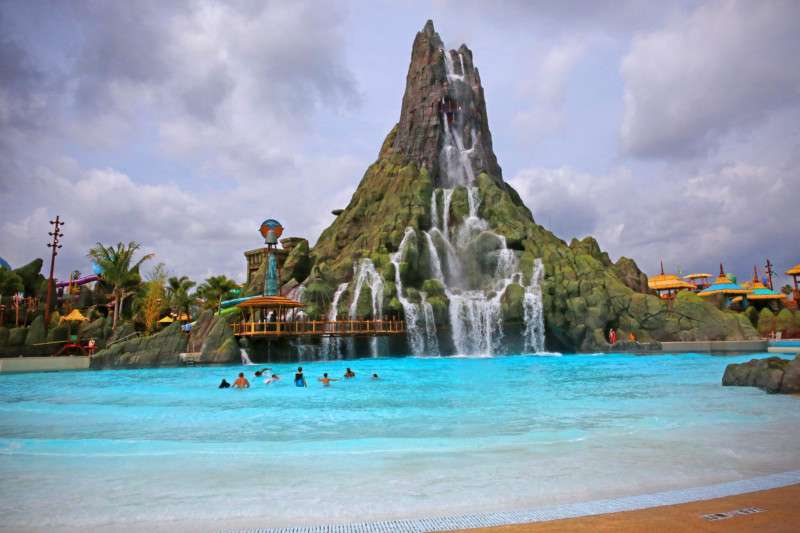 Volcano Bay erupts on the scene 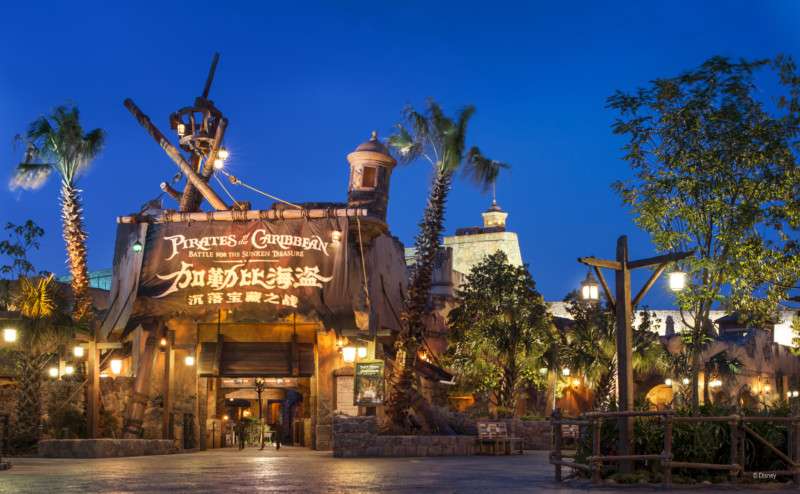 Luc Mayrand dives beneath the surface of Shanghai’s Pirates

Disney Imagineer Luc Mayrand discussed the inspiration and motivation for creating the Thea award recognized Pirates of the Caribbean: Battle for the Sunken Treasure at Shanghai Disneyland. 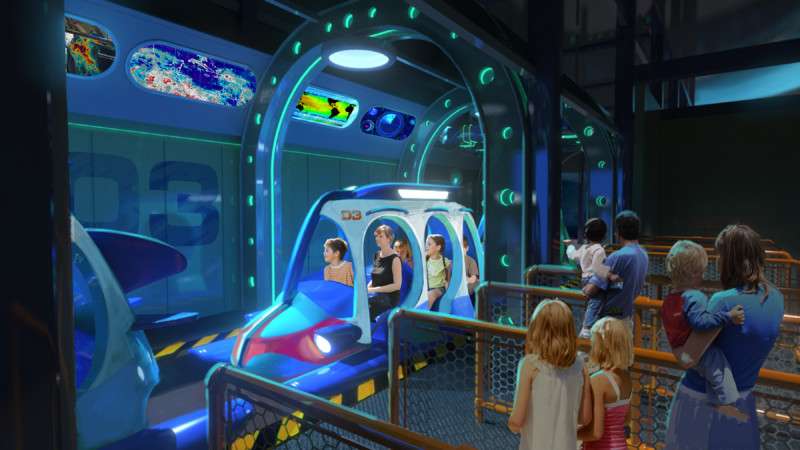 If one thing can be said about SeaWorld, it’s that they have very little trouble making it into the news. The company has worked hard to redefine itself in light of changing attitudes surrounding marine life. Anthony Esparza has led the theme parks through this transition phase and shared insight on the company’s plans for reinvention in coming years. 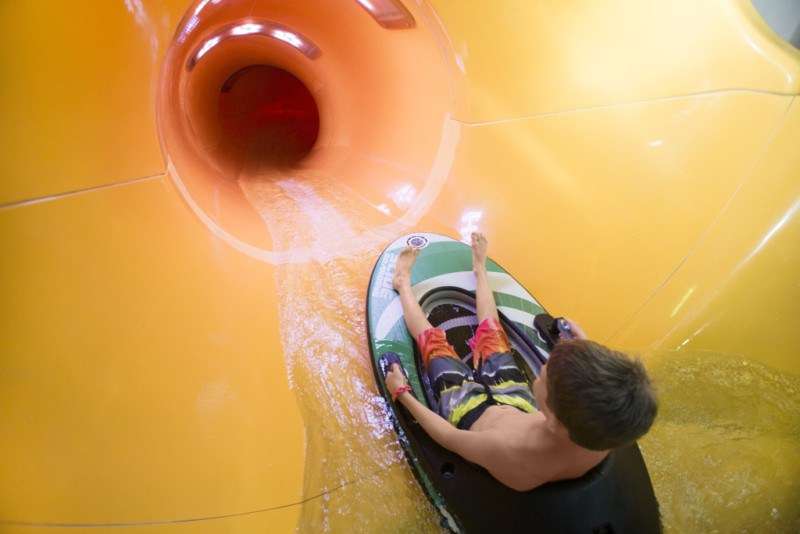 And the award goes to…

Increasingly, the industry turns to TEA’s annual Thea awards to recognize the best creative projects around the world. As we collectively gear up to recognize the 2018 class of award recipients, InPark takes a closer look at some of the key projects from the 2017 ceremony. 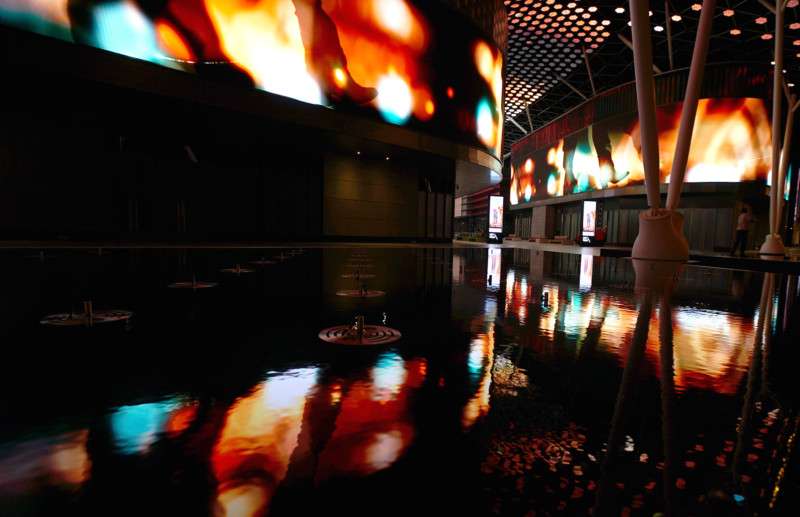 Media servers drive immersive attractions and InPark set out to help demystify the role servers play in attraction development, along with what options are available on the market. It’s the first of a series InPark will continue into 2018 helping to present the technological tools of our industry. 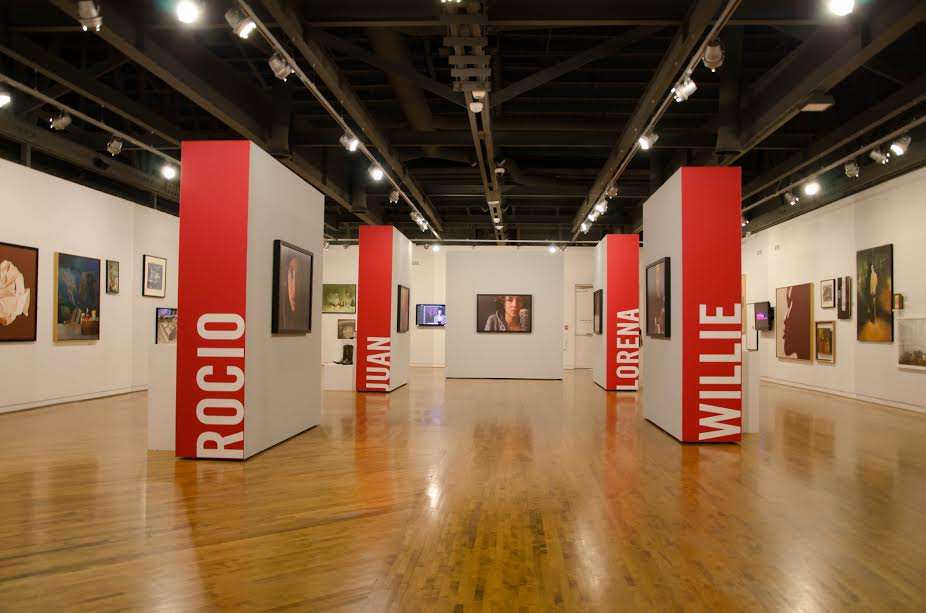 The Museum of Latin American Art reached out to the community in the development of its groundbreaking exhibit on transformative experiences, the recipient of a TEA Thea Award. InPark sat down for a round table discussion with the participants. 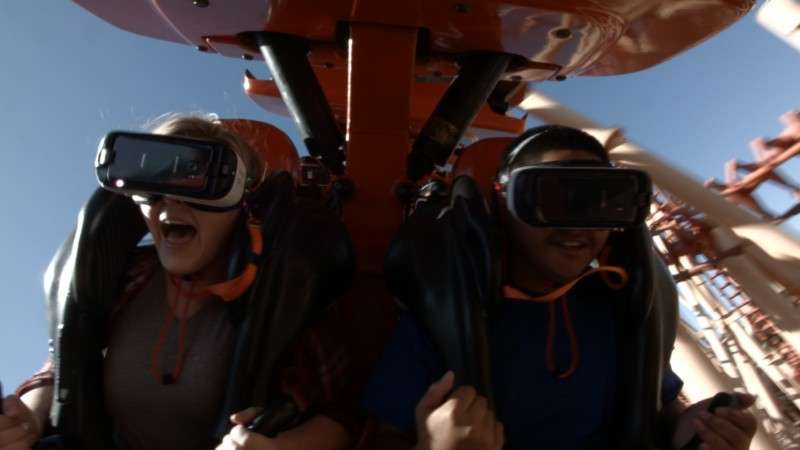 Six Flags pioneered the introduction of virtual reality on roller coasters and thrill rides in the United States. InPark interviewed Sam Rhodes, the company’s Director of Design, on the challenges and opportunities the virtual coaster program presents. 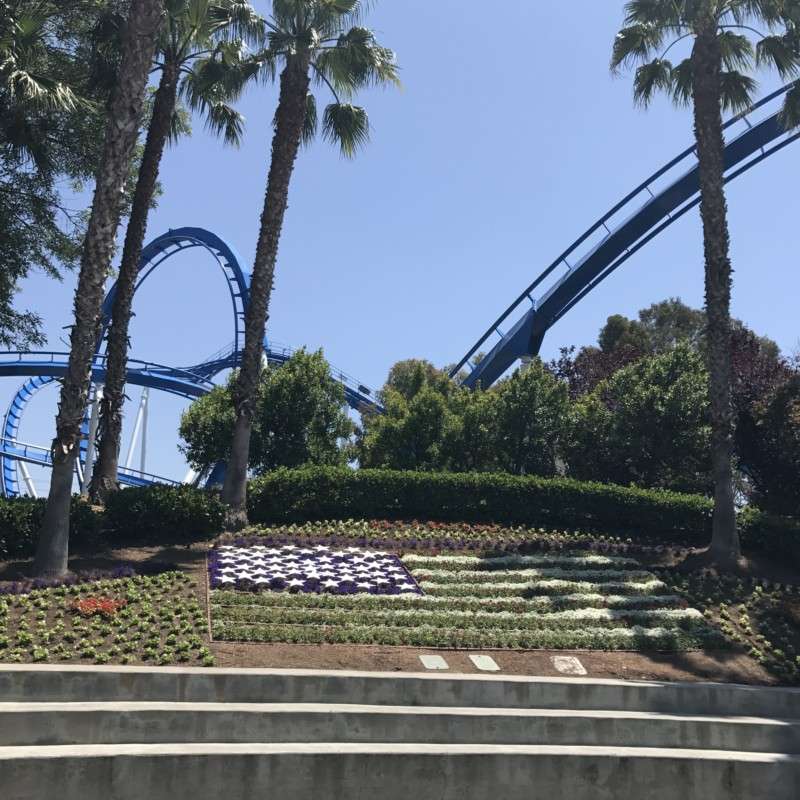 The Greening of Great America

In 2017, California’s Great America, a Cedar Fair theme park located in the heart of Silicon Valley, became the first major park in North America to operate exclusively on wind power. Explore the park’s green and technology initiatives in depth in this exclusive feature. 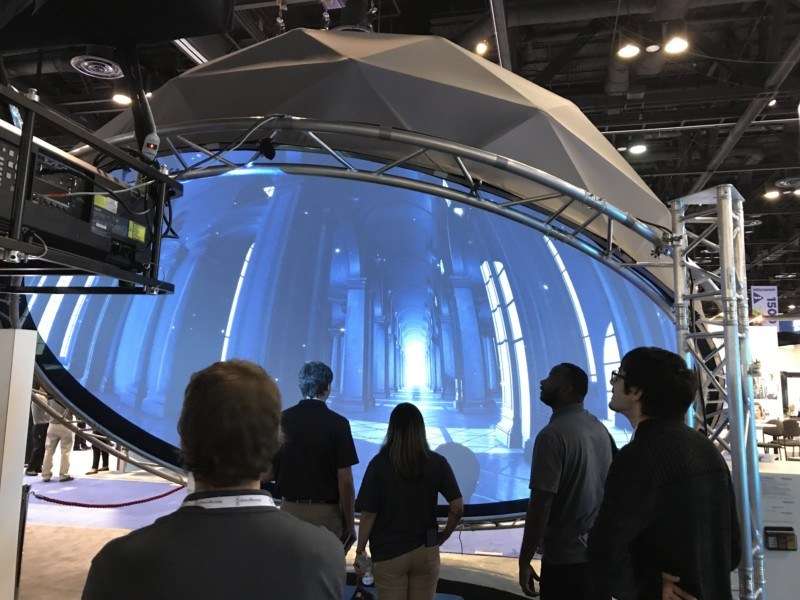 The Integration of Things

InPark visits InfoComm Show 2018 and the Geekout in Orlando to examine technology trends for the attractions industry. From projected digital signage to AR opportunities in museums and projection mapping on performers, we share our findings in both text and video. 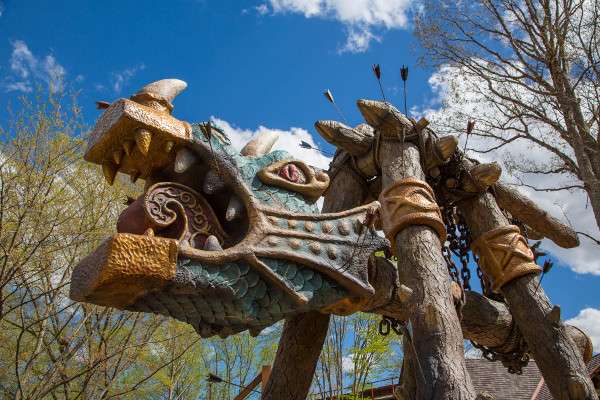 InvadR: Down to the Last Nut and Bolt

How did Busch Gardens Williamsburg bring a Viking invasion to life in a French Colonial village? Find out as we take you on a 600 year journey culminating in Weber Group’s massive fabrication of a Viking battering ram. 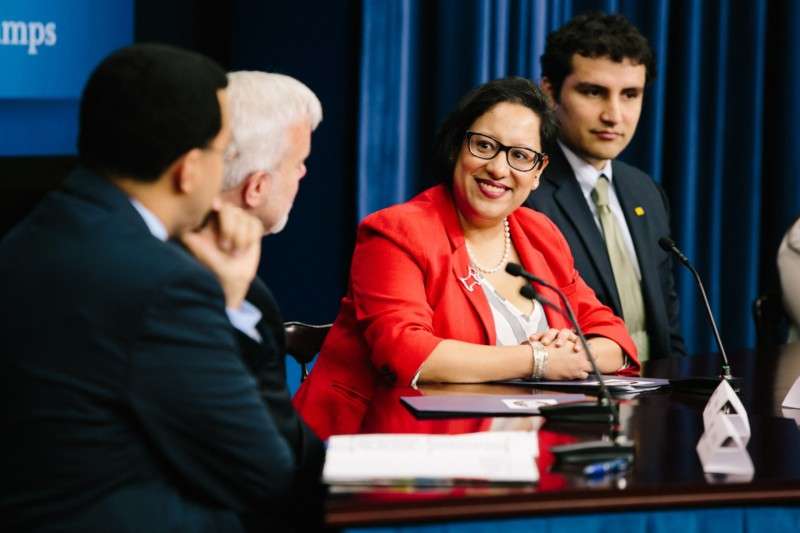 In this InPark video from our YouTube Channel, we interview Brian Morrow of Deep Blue Creative on opening day of SeaWorld Orlando’s virtual reality coaster, Kraken Unleashed. Morrow discusses the transformation of the attraction, SeaWorld’s plans for digital media technology, and the importance of the Themed Entertainment Association.

Joe Kleimanhttp://wwww.themedreality.com
Raised in San Diego on theme parks, zoos, and IMAX films, InPark's Senior Correspondent Joe Kleiman would expand his childhood loves into two decades as a projectionist and theater director within the giant screen industry. In addition to his work in commercial and museum operations, Joe has volunteered his time to animal husbandry at leading facilities in California and Texas and has played a leading management role for a number of performing arts companies. Joe previously served as News Editor and has remained a contributing author to InPark Magazine since 2011. HIs writing has also appeared in Sound & Communications, LF Examiner, Jim Hill Media, The Planetarian, Behind the Thrills, and MiceChat His blog, ThemedReality.com takes an unconventional look at the attractions industry. Follow on twitter @ThemesRenewed Joe lives in Sacramento, California with his wife, dog, and a ghost.
Share
Facebook
Twitter
Linkedin
Email
Print
WhatsApp
Pinterest
ReddIt
Tumblr
Previous article
Vancouver Aquarium to End Display of Whales and Dolphins
Next article
Efteling Announces Expansion